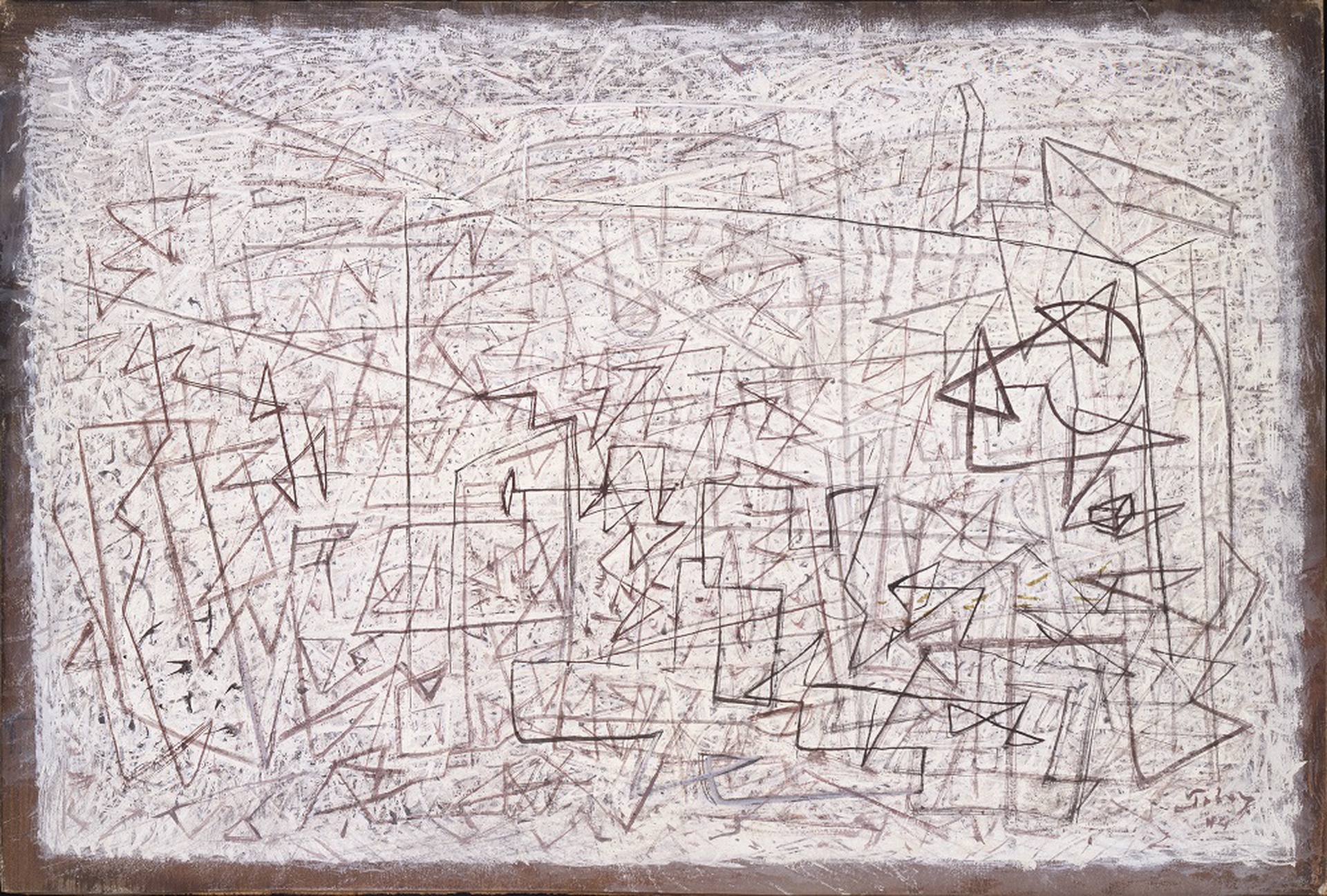 Andover, Massachusetts (September 27, 2017) – The first comprehensive retrospective of Mark Tobey in the U.S. in 40 years will open at the Addison Gallery of American Art on November 4, 2017. Organized by the Addison Gallery of American Art, Mark Tobey: Threading Light traces the evolution of Tobey’s groundbreaking style and his significant, yet under-recognized, contributions to abstraction and mid-century American modernism. Comprised of 67 paintings spanning the 1920s through 1970, Threading Light includes three exceptional works from the Addison’s renowned collection of American art and major loans from the Museum of Modern Art, Whitney Museum of American Art, Smithsonian American Art Museum, Tate Modern, and Centre Pompidou, among numerous other collections.

Organized by the Addison and guest curator Debra Bricker Balken, who also authored the accompanying catalogue, Threading Light opened earlier this year at the Peggy Guggenheim Collection in Venice during the 2017 Venice Biennale, and will be on view at the Addison, which is located on the campus of Phillips Academy in Andover, MA, from November 4, 2017, through March 11, 2018.

“As an institution dedicated to provoking new discourse and insights into the field of American art, we are delighted to share with our visitors a groundbreaking re-appraisal of one of the foremost American artists to emerge from the 1940s, a decade that saw the rise of Abstract Expressionism,” said Judith F. Dolkart, The Mary Stripp & R. Crosby Kemper Director of the Addison Gallery of American Art. “Mark Tobey was a vanguard figure whose “white writing” anticipated yet stood apart from the brash aesthetic of such New York School artists as Jackson Pollock. We are thrilled to expand upon existing art historical narratives by offering our audiences a fresh, in-depth, multifaceted look at his distinct artistic practice."

When Tobey’s small paintings composed of intricate, pale webs of delicate lines were first exhibited in New York in 1944, they generated much interest for their daring “all-over” compositions. His unique calligraphic renderings largely invoke the city—its dizzying, towering architecture, thoroughfares, and pervasive whirl of electric light. As such, they are the outcome of a lyrical combination of both Eastern and Western visual histories that range from Chinese scroll painting to European cubism. This unique form of abstraction was the synthesis of the artist’s experiences living in Seattle and New York, his extensive trips to Hong Kong, Shanghai, Kyoto, and Europe, and his conversion to the Bahá'í faith. As Debra Bricker Balken explains, “Within this mix of sources, Tobey was able to skirt a specific debt to cubism—unlike his modernist peers—by fusing elements of like formal languages into compositions that are both astonishingly radical and beautiful.”

As the New York School emerged in the aftermath of World War II, Tobey was only marginally integrated into the movement because he was averse to the cultural nationalism and “American-ness” of the rhetoric imposed on its paintings. Unlike the more aggressive pictorial statements of Jackson Pollock and others, Tobey’s quiet, inward-directed work could not easily be folded into the new critical discourse intent on the formulation of a national identity for American art. Tobey rejected scale and monumentality to create “microscopic” worlds and intimate compositions, based on an intense observation of nature, the city, and the flow of light. His signature “white writing,” or labyrinths of interconnected marks and lines, evoked the spiritual.

While he had always led a nomadic life, Tobey spent more time in Paris during the 1950s, and in 1960 he moved Basel, Switzerland, where he set up a studio. Participating in numerous international exhibitions, he was the first American painter after James McNeill Whistler to win the City of Venice Prize at the Venice Biennale in 1958.

During the last phase of his life, Tobey enlarged the scale of his painting, producing epic works that expanded on his signature concept of “white writing.” Like the inventive features of his earlier works, these larger canvases extend an aesthetic of transcendence and ethereality. As Tobey stated, his work was not bound by a geography or a country but aimed for a “higher state of consciousness.” Innovative and distinct in its influences and beauty, Tobey’s work bridges the international dimensions of midcentury modernism, a connection that has been previously unexplored in the discourse on postwar art. Threading Light re-examines and recontextualizes the work and influence of this important painter, weaving in the rich-but-occluded histories of the global intersections of late modern art that have evaded many of the interpreters of culture in United States.

Mark Tobey: Threading Light is accompanied by a fully illustrated, 208-page scholarly catalogue, published by Skira Rizzoli in English and Italian, which documents many of Tobey’s most accomplished works. This first-ever monograph includes a comprehensive examination of Tobey and his cultural context by Balken, whose thorough and original research addresses the prescience of Tobey’s style and his unique place in American art.

Mark Tobey: Threading Light was made possible with generous support from the Sidney R. Knafel Exhibition Fund, Peter and Elizabeth Currie, Stephen C. and Katherine D. Sherrill, and the Josef and Anni Albers Foundation. An important contribution from Douglas and Janet True made the catalogue possible.