Organized by Asia Society on occasion of COAL + ICE in conjunction with Helen Frankenthaler Foundation, These Awards Are Presented in Collaboration with the Hirshhorn Museum and Sculpture Garden, the John F. Kennedy Center for the Performing Arts, National Gallery of Art, and The Phillips Collection, with support from the Environmental Defense Fund 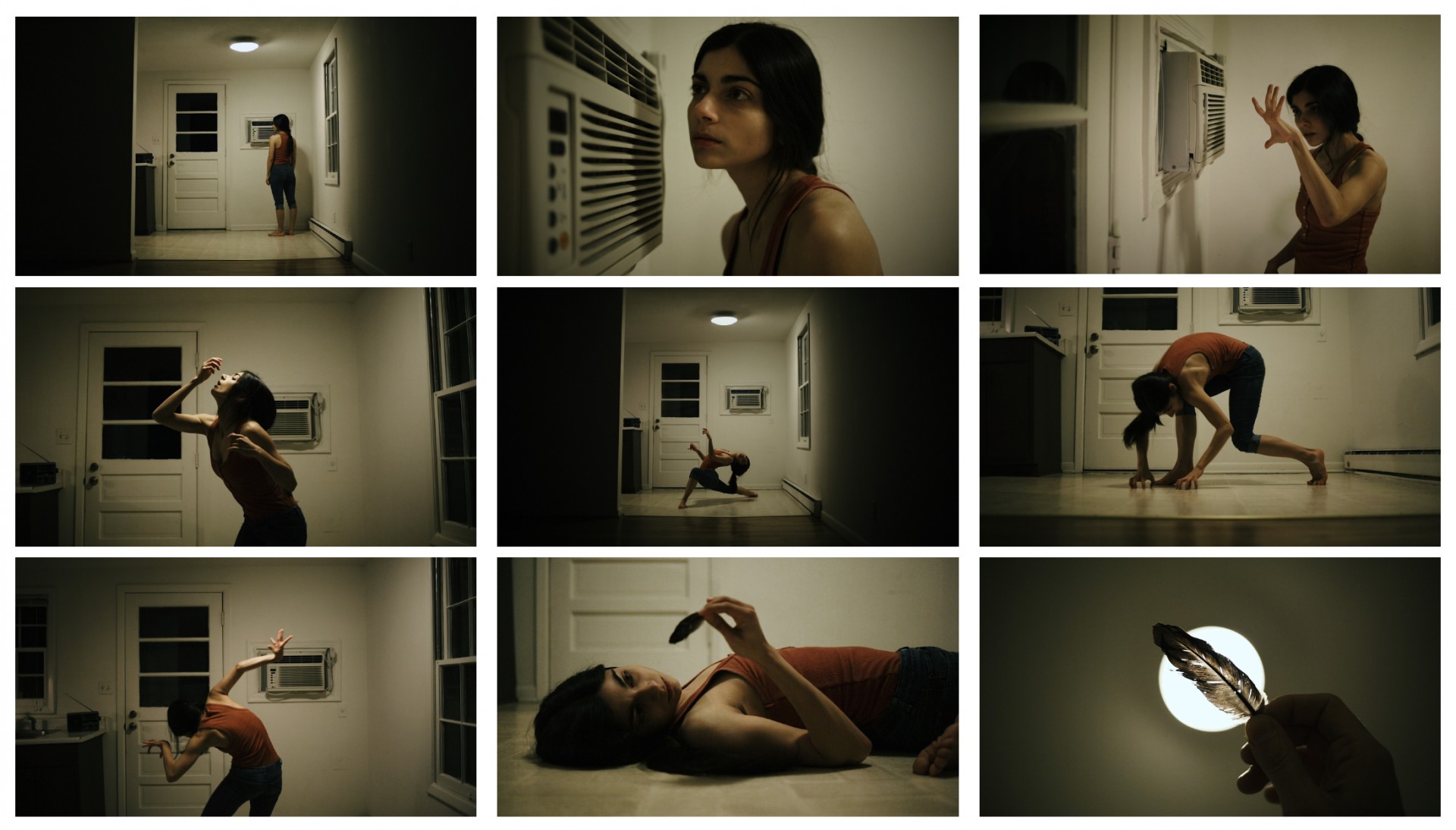 NEW YORK & WASHINGTON DC—March 30, 2022—Asia Society and the Helen Frankenthaler Foundation announced today the winners for the Frankenthaler Climate Art Awards, recognizing visual artists currently enrolled in or recently graduated from MFA programs in the United States whose work directly addresses the climate crisis. Designed to encourage action on climate change amongst the next generation of visual artists, the awards are being granted to:

The $15,000 awards will be conferred to each winner following a special COAL + ICE panel discussion, exploring how the arts can be the impetus for climate action, on Saturday, April 2, 2022, at the Phillips Collection as part of the museum’s ongoing “Artists of Conscience” series.

“As part of COAL + ICE at the Kennedy Center, an exhibition that visualizes the causes and consequences of the climate crisis, starting with how the melting glaciers of the Himalayas are affecting the major river systems of Asia, we at the Asia Society and the Helen Frankenthaler Foundation are pleased to launch the Frankenthaler Climate Art Awards for emerging artists. At this tipping point in our planet’s life it is more critical than ever that artists of all kinds are mobilized to address the climate change challenge,” stated Orville Schell, the creator of COAL + ICE and Director of the Center on U.S.-China Relations at the Asia Society, and Clifford Ross, a Director and former Board Chair of the Helen Frankenthaler Foundation.

Added Elizabeth Smith, Executive Director of the Helen Frankenthaler Foundation, “The Foundation believes in the power of art and artists to inspire change. The innovative work of the winners and finalists for the Frankenthaler Climate Art Awards demonstrate this perfectly, underscoring the crucial role that artists can play in expanding our understanding of how human activity impacts climate change. The response truly exceeded our expectations.”

The three winners were selected from a shortlist of 13 semi-finalists by a jury comprised of leaders from four of the collaborating institutions:

In a joint statement, the jury thanked all the artists participating in the award for “the creativity they brought to expressing the urgency of the climate crisis” and commended the three winners for their strikingly original contributions: Chades for “raising our consciousness about light pollution as an emblem of man’s dominion over nature in the form of community convenings and performances;” Tolman for “visualizing the devastating effects of evaporating water sources in a video that presents a powerful reductive poetry of natural forms;” and Velez for her “disturbing performance/dance piece—a metaphor for our love affair with the air conditioner—which captures the private pain in a human body from the ominous effects of climate change.” With works like these, the jury added, “a new generation of artists is helping to raise our collective awareness about the most urgent crisis confronting us all.”

Further details on the awardees, the full shortlist of finalists, and the panel discussion follow below.

Brazilian visual artist and filmmaker Maurício Chades is pursuing an MFA at the School of the Art Institute of Chicago. His work, Pyramid, Urubu (2019), a video essay that discusses light pollution, questions the limits of cinema and functions as an aesthetic-political tool. Chades grounds his artistic practice in environmental studies and focuses on systems that he sees as a microcosm of the global situation. His short films have screened at the São Paulo International Short Film Festival and the Festival do Rio. Chades also participated in the NINHO – Collective for Research in Art, Interactivity, and Agroecology.

Chades commented, “Climate change attests to the failure of a model of society. The question is: will we die under the rubble or will we build new realities out of these ruins? I believe that artists and art spaces can play a fundamental role in building prototypes for new worlds we can inhabit.”

Douglas Tolman is an MFA student at the University of Utah in his hometown Salt Lake City. An interdisciplinary artist, Tolman’s work, Last Gesture (2021), uses wood sourced from a reclaimed pine pallet that carried consumer goods to Utah and salt from the evaporating Great Salt Lake, reflecting his dedication to sense of place and connection to community. Tolman is currently a Global Change and Sustainability Center Fellow at the University of Utah.

Douglas added, “Art is able to bring more intuition into the conversation to balance the didactic, often alienating logic. The artist’s role in mobilizing against climate change is to use that intuitive balance to depolarize climate dialogue and shape accessible narratives that bring people together around solutions.”

Multidisciplinary artist Alexa Velez graduated from Washington University in St. Louis in 2021 with an MFA in Visual Art. Her short film, Of the Air (2021), reacts to the climate crisis and examines human disconnect from the natural world, while simultaneously revealing humanity’s dependence on the environment for survival. Velez’s short films have screened both nationally and internationally, and she was a recipient of the Chancellor’s Fellowship and won best in show for her thesis work at graduate school.

Velez wrote, “Facts alone do not bring change. Feelings drive people to action. This is where artists can play a key role. Art has the power to harness emotion for the greater good. I believe artists can motivate people to mobilize against climate change, by using their craft to deliver compelling messages about the importance of protecting our environment.”

In addition to the above winners, the following artists were shortlisted for the award:

A full overview of winning and shortlisted projects can be found here: www.climateartawards.org

Held on the occasion of the Frankenthaler Climate Art Awards and the COAL + ICE exhibition, this panel discussion, presented in collaboration with Asia Society, will bring together figures from the arts, policy, and scientific communities to discuss how the arts can be an impetus for action against climate change.

The panel will focus on the power of artists as advocates for change and how policy makers and artists have and can collaborate effectively. Each participant will speak about their commitment to climate change work, then engage in a group discussion.

All shortlisted works and additional information may be found at www.climateartawards.org.

Strategic and operational support provided by András Szántó LLC.
András Szántó LLC assists museums, cultural organizations, commercial brands, foundations, and educational institutions worldwide in all phases of the conceptualization and implementation of cultural initiatives, from strategy to execution to the creation of exceptional content.

About the Helen Frankenthaler Foundation
Established and endowed by Helen Frankenthaler during her lifetime, the Helen Frankenthaler Foundation advances the artist’s legacy and inspires a new generation of practitioners through a range of philanthropic, educational, and research initiatives. Since becoming active in 2013, the Foundation has continued to strategically expand its program, which includes organizing and supporting significant exhibitions of the artist’s work, fostering new research and publications, advancing educational programs in partnership with arts organizations around the world, and launching groundbreaking initiatives that foster systemic change in the field. As a primary resource on the artist, and a steward of her collection and archive, the Foundation holds an extensive selection of Frankenthaler’s work in a variety of mediums, her collection of works by other artists, and original papers and materials pertaining to her life and work.

About COAL+ICE
COAL + ICE is an immersive documentary photography and video exhibition that seeks to visualize the climate crisis. COAL + ICE is co-curated by Magnum photographer Susan Meiselas and renowned Dutch exhibition designer Jeroen de Vries, and brings together the work of over 40 photographers and video artists from around the world to visually narrate the consequences triggered by the continued use of fossil fuels. COAL + ICE was first developed in 2011 for Three Shadows Photography Art Centre in Beijing, and has travelled across China and around the world. In 2018, the exhibition and month-long festival made its U.S. premiere at San Francisco’s Fort Mason Center for Arts and Culture. COAL + ICE is a project of Asia Society, under the direction of Orville Schell, the Arthur Ross Director of the Center on U.S. China Relations.

Presented in collaboration with:
The Hirshhorn Museum and Sculpture Garden
The John F. Kennedy Center for the Performing Arts
National Gallery of Art
The Phillips Collection
Environmental Defense Fund
ikonoTV