The seventh edition of Frieze Masters takes place from 5–7 October, with two Preview Days on Wednesday 3 October and Thursday 4 October.

Featuring six millennia of art history from across the world, including a strong representation of Old Master galleries and Asian specialists this year; enhanced by curated sections showcasing extraordinary objects and pioneers of the avant-garde. 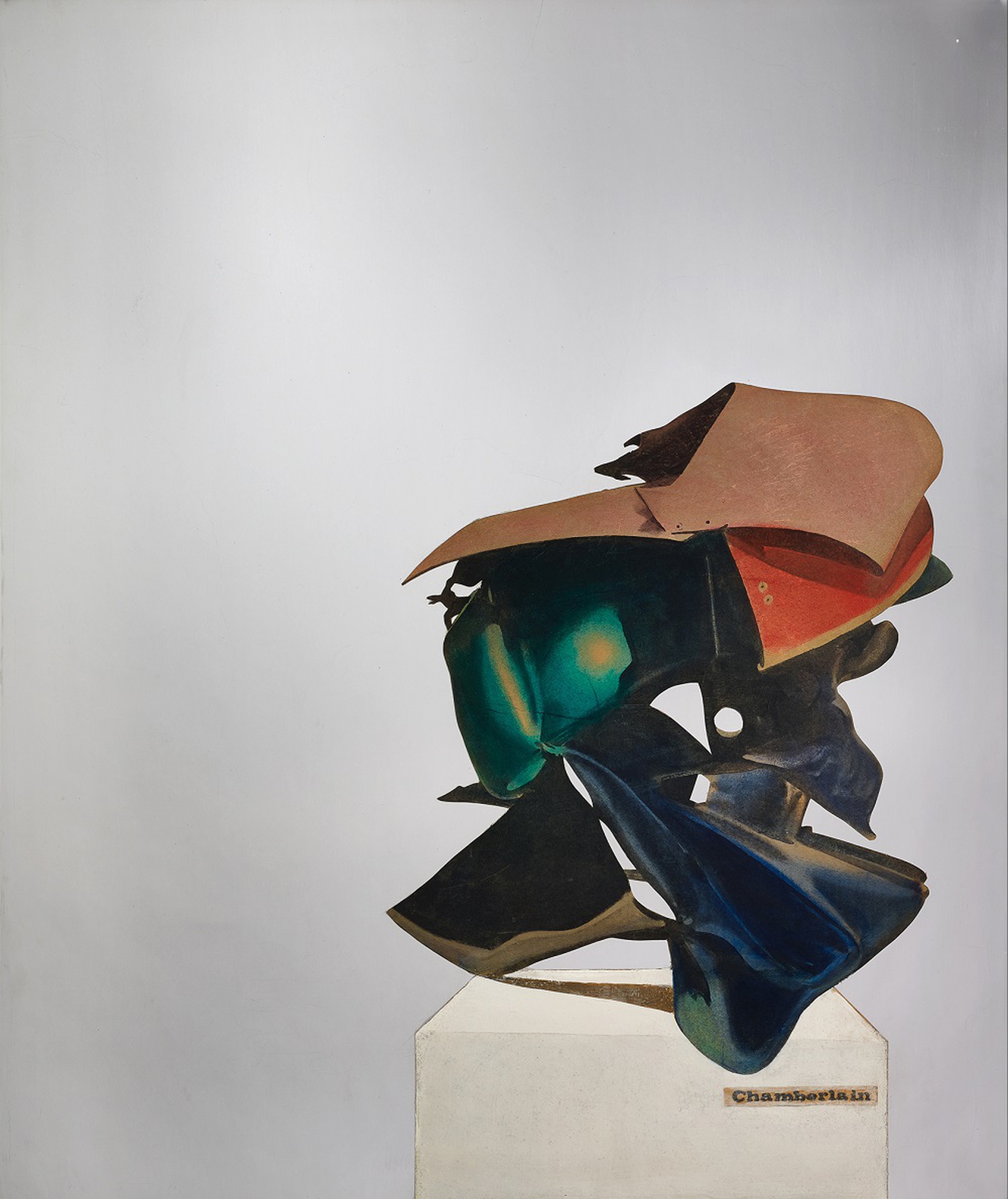 The seventh edition of Frieze Masters takes place from 5–7 October, with two Preview Days on Wednesday 3 October and Thursday 4 October.

Featuring six millennia of art history from across the world, including a strong representation of Old Master galleries and Asian specialists this year; enhanced by curated sections showcasing extraordinary objects and pioneers of the avant-garde.

Victoria Siddall (Director, Frieze Fairs) said: ‘Following record attendance and significant sales at all levels last year, I’m really looking forward to the seventh edition of Frieze Masters. This fair is defined by its extraordinary quality and breath-taking diversity and the fair genuinely offers something for everyone, from the most knowledgeable connoisseurs to those who are new to historical art. We’re thrilled to be welcoming more galleries specializing in Old Master and Asian art to the fair this year, and as always the curated sections will be highlyedited places for discovery. The focus on women artists in our talks programme and in Frieze Masters Magazine feels timely and exciting and creates strong curatorial links to our programming at Frieze London.’

Museum-Grade Exhibitions of Works for Sale

Monographic exhibitions of major 20th-century figures will include:

Leading galleries will build on the fair’s reputation for ambitiously curated exhibitions, with highlights including:

From Old Masters to ancient Chinese masterpieces, the fair will showcase a diversity of extraordinary artworks and objects from across the world. Highlights include:

Curated by Toby Kamps (Blaffer Art Museum, University of Houston), the celebrated Spotlight section returns with a record 26 galleries presenting avantgarde 20th-century artists. Kamps said, ‘This year’s Spotlight section presents a global selection of 20th-century artists deserving of greater attention. Many are female, queer, or artists of color, and others chose eccentric media and approaches or worked in places cut off from major art centers.’ Highlights include, among others:

Curated by Sir Norman Rosenthal, the celebrated Collections section continues to bring new types of work to the fair and showcase extraordinary artworks and objects. Featuring seven galleries who are all new to the fair, highlights include:

The Art Fund Curators Programme will return to the fair, bringing together museum professionals from the UK and around the world to explore how French, Italian and Spanish Old Master painting and sculpture collections can engage contemporary audiences. This is the third year of the programme, led by Gabriele Finaldi (Director, National Gallery, London) and Paola D’Agostino (Director, Musei del Bargello). The 2018 participants include:

Taking place in the fair’s auditorium, Frieze Masters Talks is once again curated by Tim Marlow (Royal Academy of Arts, London). Marking the centenary of women’s suffrage in the UK, this year’s programme will feature women contemporary artists in conversation with museum curators and directors. The 2018 programme includes:

Frieze Masters Talks are free to attend and places can be booked from 11am at the auditorium.

To commemorate the centenary of women’s suffrage in the UK, the seventh edition of Frieze Masters Magazine is themed around the achievements of women artists throughout history. Edited by Jennifer Higgie (Editorial Director, Frieze), features include Griselda Pollock on Impressionism as the first gender-equal art movement in Western art history; Sheryl Reiss exploring the contributions of women art patrons; Claudia Calirman looking at trailblazing female Brazilian modernists; and Charmaine Nelson on the extraordinary life of 19th-century artist Mary Edmonia Lewis, who was the first sculptor of both African American and Indigenous heritage to achieve international acclaim. Plus: in a newly launched section, museum directors from around the world highlight an important work in their collection by a woman artist. For the seventh year in a row, we have invited a cross-section of international artists to nominate a work of art from the past that has inspired them. Frieze Masters Magazine is available to buy now on frieze.com

Taking place on Tuesday 2 October 2018 at the Royal Institution (London), the third edition of the Frieze Academy’s Art & Architecture Conference looks at recent projects from architects around the world to consider how the form and function of cultural institutions are evolving, and presents long-term works by artists who are reassessing how and where we live. Speakers will include: Shigeru Ban, Jamie Fobert, Ellen van Loon, Richard Rogers, Christopher Kulendran Thomas, Kulapat Yantrasast and Andrea Zittel. The Singapore Tourist Board partners with the 2018 Frieze Art & Architecture Conference.

New for 2018: The Frieze Debate: Museums in the 21st Century

How do encyclopaedic museums make millenia of history relevant to today’s audiences? How is the digital age shaping the way we look and experience art? On Tuesday 2 October at 6pm, Frieze will present a panel of global museum directors who will debate these questions with BBC’s Anne McElvoy for a recorded broadcast of Free Thinking, BBC Radio 3’s flagship art and culture programme. Panellists include Hartwig Fischer (British Museum), Michael Govan (Los Angeles County Museum of Art) and Sabine Haag (Kunsthistorisches Museum). The discussion will be broadcast on Thursday 4 October. The event is free, but seats must be reserved in advance.

Open from 4 July to 7 October, Frieze Sculpture returns to The Regent’s Park for three months this summer, featuring works by 25 contemporary and modern artists presented by world-leading galleries. Selected and placed by Clare Lilley (Director of Programme, Yorkshire Sculpture Park), Frieze Sculpture will create an exceptional cultural attraction at the heart of the city, for Londoners and international visitors alike.

For the first time, Mtec, logistics partner for Frieze Sculpture, have covered the cost of installation for two emerging galleries, enabling them to participate in the display; and Frieze has also launched a new audio tour guide in collaboration with mobile platform ARTimbarc. Also new for 2018, a Frieze Sculpture Family Trail will be produced and activated with family days in the park on 7 July, 28 July, 4 August and 25 August, led by the Royal Society of Sculptors. Frieze Sculpture opens in the English Gardens from 4 July to 7 October and is free to the public.

Coinciding with the contemporary fair Frieze London, as well as Frieze Sculpture, the two fairs form the heart of Frieze Week – an international cultural event in early October, which includes special programmes mounted by galleries and museums across London.

Frieze Week magazine returns offering a companion guide to the wealth of art and activity taking place at the fair and across the city during Frieze London and Masters. Pick up a free copy at the fair. Deutsche Bank collaboration with Tracey Emin In celebration of the centenary of women’s suffrage, Tracey Emin and her studio have curated an exhibition of works by female artists in the Deutsche Bank

Collection to go on display in the Deutsche Bank Wealth Management Lounges at Frieze London and Frieze Masters. Emin has also initiated a sale of postcardsized original artworks by living female artists in the Deutsche Bank Collection, to raise money for charities that support vulnerable women.

Each original work is available to buy for £200 but one can only discover the artists identity after purchasing the work. This sale will be available online to the public between the public days of the fair 5-7 October and the preview and preregisteration is live now at: www.deutschewealth.com/anotherworld.

Children & the Arts is the Charity Partner for Frieze London and Frieze Masters 2018. All proceeds from the cloakrooms at both fairs will be given to the national educational charity.