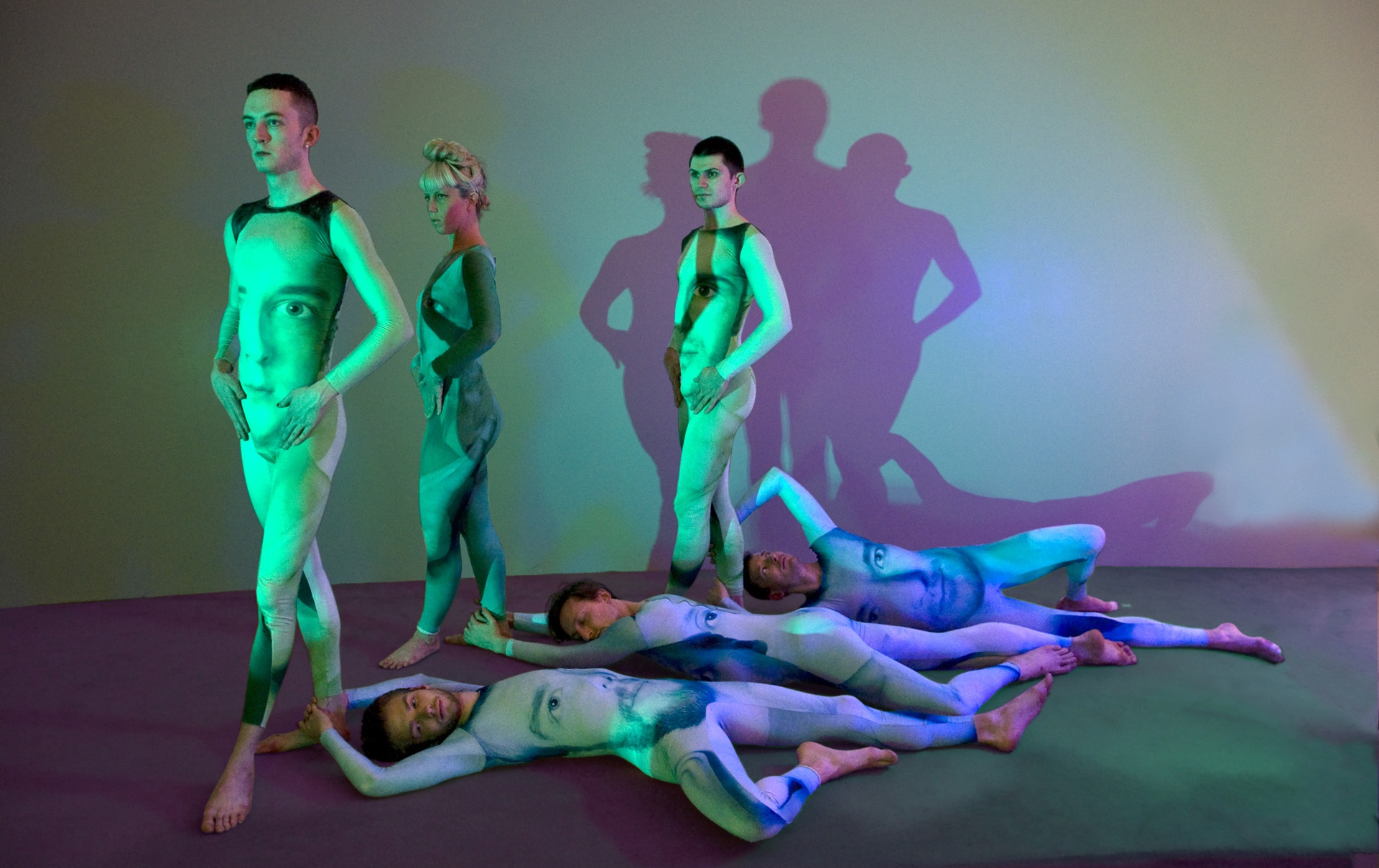 The Frieze Projects program at Frieze New York 2017 will feature seven commissions, curated by Cecilia Alemani (High Line Art, New York & Italian Pavilion, La Biennale di Venezia 2017). Inside the fair and around Randall’s Island Park, Dora Budor, Elaine Cameron-Weir and Jon Rafman will create ambitious, interactive and site-specific artworks that question the act of watching and being watched. This year’s tribute to a groundbreaking arts space is dedicated to Galleria La Tartaruga in Rome and its experimental exhibition “Il Teatro delle Mostre” (1968). The tribute space will change daily, with restagings of two pioneering projects by Giosetta Fioroni and Fabio Mauri, alternated with new commissions by Ryan McNamara and Adam Pendleton.

Frieze Projects is the celebrated program of new artist commissions realized annually at Frieze New York, forming part of the fair’s non-profit program also comprising Frieze Talks and Frieze Education. Taking place May 5-7, 2017, with a new Preview Day on Thursday May 4, Frieze New York is sponsored by Deutsche Bank for the sixth consecutive year, continuing a shared commitment to discovery and artistic excellence.

Curator Cecilia Alemani said: “For the sixth edition of Frieze Projects in New York, we have invited a group of international artists to create installations, performances and subtle actions that play with the relationship between the act of seeing and being seen. There isn’t a better place than the fair to look at people and art – and to be looked at in return. This year’s projects make us aware of this dynamic, revealing the tension between exhibitionism and voyeurism. Alongside new site-specific commissions, I’m looking forward to bringing to life an iconic exhibition of the 20th century, with contemporary tributes and historical restagings – all showing how Galleria La Tartaruga worked with pioneering artists to radicalize the exhibition space.”

On the green lawn outside the North Entrance, Elaine Cameron-Weir will build a military-style pillbox bunker, filled with natural and man-made materials as well as parts of her own sculptures – glimpses of which will only be possible through a discrete door. Inside the fair, Jon Rafman will transform a booth into a secret movie theater, where visitors can watch – and be watched while watching - a new video series fusing amateur 3D animation and niche genres of computer-generated erotica. Dora Budor will supplement the art fair’s usual routine by using cinematic doubling to question perception and reality.

Each year, Frieze Projects at Frieze New York features a creative tribute to an artist-run project or a gallery that has radically transformed the experience of contemporary art, including Fashion Moda (2012), FOOD (2013), Al’s Grand Hotel (2014), Flux-Labyrinth (2015), and Daniel Newburg Gallery (2016). This year’s tribute will be dedicated to the Galleria La Tartaruga, an experimental gallery active from the 1950s in Rome, and its influential show, “Il Teatro delle Mostre” (Theater of Exhibitions, May 6–31, 1968).

Organized by the gallery’s founder, Plinio de Martiis, “Teatro delle Mostre” emphasized emerging forms of performance, process and installation art, showing a sequence of works by 20 young Italian artists, writers and poets – including Franco Angeli, Alighiero Boetti, Enrico Castellani, Giosetta Fioroni, Fabio Mauri and Giulio Paolini. With each installation lasting a single day, many of the artists physically transformed the gallery, thereby challenging conventions of the space, as well as the roles of owner, artist and spectator. “Teatro delle Mostre” also opened up the field of contemporary art to other forms of creative practice and exhibition making. The show’s final day marked the closing of Galleria La Tartaruga’s historic headquarters at the Piazza del Popolo.

For Frieze New York, two of the original projects from the 1968 exhibition – Giosetta Fioroni’s La Spia Ottica and Fabio Mauri’s Luna – will be restaged, alternated with new commissions by two leading contemporary artists, Ryan McNamara and Adam Pendleton – transforming the Tribute space for each day of the fair.

Further Information about the Artists

Elaine Cameron-Weir (b.1985, Canada) lives and works in New York. Recent exhibitions include solo shows at Andrea Rosen Gallery and Venus over Los Angeles as well as participation in the Fellbach Trienniale and the Montréal Biennale. Her work belongs to the permanent collection of the Philadelphia Museum of Art and was the focus of a project there called “Objects of Desire”. Her writing has appeared in publications such as The Happy Hypocrite and Novel.

Giosetta Fioroni (b. 1932, Italy) lives and works in Rome. Fioroni was the single female member of the Roman Pop Art group School of the Piazza del Popolo. She earned acclaim in the 1960s for her delicate and ghostly silver paintings, depicting the faces of fashionable women appropriated from popular culture. These paintings and her works since signal her persistent concerns with vision and specularity.

La Spia Ottica (The Optical Spy) (1968): For the 1968 experimental, monthlong exhibition “Teatro delle Mostre”, Fioroni created La Spia Ottica (The Optical Spy), in which viewers could individually look through a convex peephole in the entry door of the gallery to watch an actress perform the artist’s daily habits, in a reconstruction of her bedroom.

Fabio Mauri (1926-2009, Italy) was an artist, playwright and writer, and one of the essential members of the postwar Italian avant-garde. In performance, sculpture, film and installation, the artist confronted history, ideology and totalitarianism with a biting wit.

Luna (1968): For the 1968 experimental, month-long exhibition “Teatro delle Mostre” Mauri transformed the gallery into a playful, glowing moonscape with thousands of polystyrene beads, which visitors accessed via a circular hole in the door. Mauri constructed the surface of the moon in the gallery six months before the Apollo 11 moon landing. He installed two layers of polystyrene, so that visitors could walk around, lie down, or swim in the polystyrene material, fully covered by the pellets. The light reflected the white material creating a “stellar” atmosphere. People stayed there for hours, playing within – and being part of – the installation.

Ryan McNamara (b. 1979, USA) lives and works in Brooklyn. His work has been featured at MoMA PS1, The Whitney Museum of American Art, The Guggenheim, The Kitchen, White Columns, Museum of Modern Art (all New York), Kunstmuseum Bonn, Dallas Symphony Orchestra, Perez Art Museum Miami, ICA (London), Watermill Performance Center, The Garage (Moscow), The Power Plant (Toronto), the 2nd Athens Biennale and The High Line (New York). His work is included in the collections of the Museum of Modern Art and the Whitney Museum of American Art in New York.

Adam Pendleton (b. 1984, USA) live and works in Brooklyn, New York. He is a conceptual artist known for his multidisciplinary practice, which includes painting, publishing, collage, video, and performance. His work engages with language, both figuratively and literally, and addresses the recontextualization of history. Through his work, Pendleton seeks to establish “a future dynamic where new historical narratives and meanings can exist.” Pendleton’s work has been widely exhibited internationally in venues including MoMA, the New Museum, The Kitchen (all New York), Stedelijk Museum (Amsterdam), Museum of Contemporary Art (Chicago), Whitechapel Gallery (London); Galerie Eva Presenhuber (Zurich); and the Museum of Contemporary Art (Denver), where his traveling solo exhibition “Becoming Imperceptible” was recently on view.

Jon Rafman (b. 1981, Canada) is an artist based in Montreal and New York. He has had solo exhibitions at The Zabludowicz Collection, London (2015), the Westfälischer Kunstverein, Munster (2016) and most recently, the Stedelijk Museum, Amsterdam (2016). His works have been featured in prominent international group exhibitions, including “The Future of Memory”, Kunsthalle Wien, (2015), “Speculations on Anonymous Materials”, Fridericianum, Kassel (2015), Biennale de Lyon (2015), Berlin Biennial 9 (2016), and Manifesta 11 (2016).