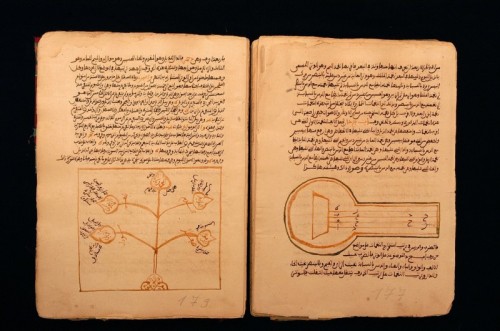 Brooklyn Public Library (BPL) is proud to announce today that it is the exclusive North American partner of Google Arts & Culture’s Mali Magic project, which highlights the enduring legacy of Mali and the quest to preserve it. Google Arts & Culture has teamed up with community leaders and local and international organizations—including SAVAMA, Timbuktu Renaissance, Instruments 4 Africa and UNESCO—to digitally capture, curate, and share Mali’s heritage with the world, including the digitization and translation of more than 45,000 endangered manuscript pages, creating an immersive platform for users and scholars to better understand the unique history living within the manuscript’s pages. Manuscripts, music, and monuments meet machine learning and digitization in this first-of-its kind online hub.

"In risking their lives to save hundreds of thousands of manuscripts, Dr. Abdel Kader Haidara and his team embodied the highest mission of libraries—to preserve knowledge across time and share it with the world,” said Linda E. Johnson, President and CEO of Brooklyn Public Library. “We are grateful to Google for translating and digitizing this extraordinary archive for modern Arabic, English and French language readers, and we couldn’t be more excited to celebrate it in Brooklyn, a melting pot of culture, religion, and music—just like Timbuktu.”

"Google Arts & Culture is proud to present Mali Magic," said Chance Coughenour, Program Manager, Google Arts & Culture. "Thanks to our Malian and international partners—from Timbuktu Renaissance to the Brooklyn Public Library—now everyone can experience the richness of Mali's heritage, the beauty of its artistry, and the resilience of its people."

Long before the European Renaissance, the Malian city of Timbuktu gave birth to an abundance of learning captured in thousands of priceless manuscripts. When this ancient knowledge was threatened by extremist groups in 2012, local communities raced against time to preserve these treasures, considered one of Africa's great written legacies. To bring this content to life, Google Arts & Culture’s project explores:

As the only library partner in the project, BPL is supporting the work of fearless librarians such as Dr. Abdel Kader Haidara to share the crucial work of the Malian archivists and highlight the importance of historic preservation with the larger public through a robust, multifaceted program of discussions, music, film, and a visual installation on the façade of its Central Library. BPL brings these four pillars to Brooklyn for a lineup of programming, including:

“BPL’s involvement in Mali Magic demonstrates how Africa’s cultural heritage is a vital and much needed living history for our contemporary lives—one that points the way to new narratives of resistance and cultural recognition,” said László Jakab Orsós, Vice President of Arts and Culture of Brooklyn Public Library. “Amid historical and ongoing political instability in Mali, the rescued manuscripts serve as a testament to the power and endurance of culture, offering us the opportunity to learn from the past. I look forward to exploring these manuscripts alongside our community members and learning with them about how we can learn from our shared histories and one another.”

To create these platforms, Google Arts & Culture provided high-resolution scanning tabletop scanners and training to digitize the 45K+ endangered manuscript pages at SAVAMA Bamako. Through machine learning, it created a new immersive experience and visualization to open up the digital manuscript archive to users and scholars.

Google Arts & Culture puts the treasures, stories and knowledge of over 2.000 cultural institutions from 80 countries at your fingertips. If Google’s mission is to make the world’s information more accessible, then Arts & Culture's mission is to make the world's culture accessible to anyone, anywhere. It’s your doorway to explore art, history, and wonders of the world. Discover stories about cultural heritage ranging from Van Gogh’s bedroom paintings, Puerto Rico’s heritage, Sports in Australia or the women's right movement to ancient Maya temples, Japanese Food and Indian Railways.

Brooklyn Public Library is one of the nation’s largest library systems and among New York City’s most democratic institutions. As a leader in developing modern 21st-century libraries, we provide resources to support personal advancement, foster civic literacy, and strengthen the fabric of community among the more than 2.7 million individuals who call Brooklyn home. We provide nearly 60,000 free programs a year with writers, thinkers, artists, and educators—from around the corner and around the world. And we give patrons millions of opportunities to enjoy one of life’s greatest satisfactions: the joy of a good book.