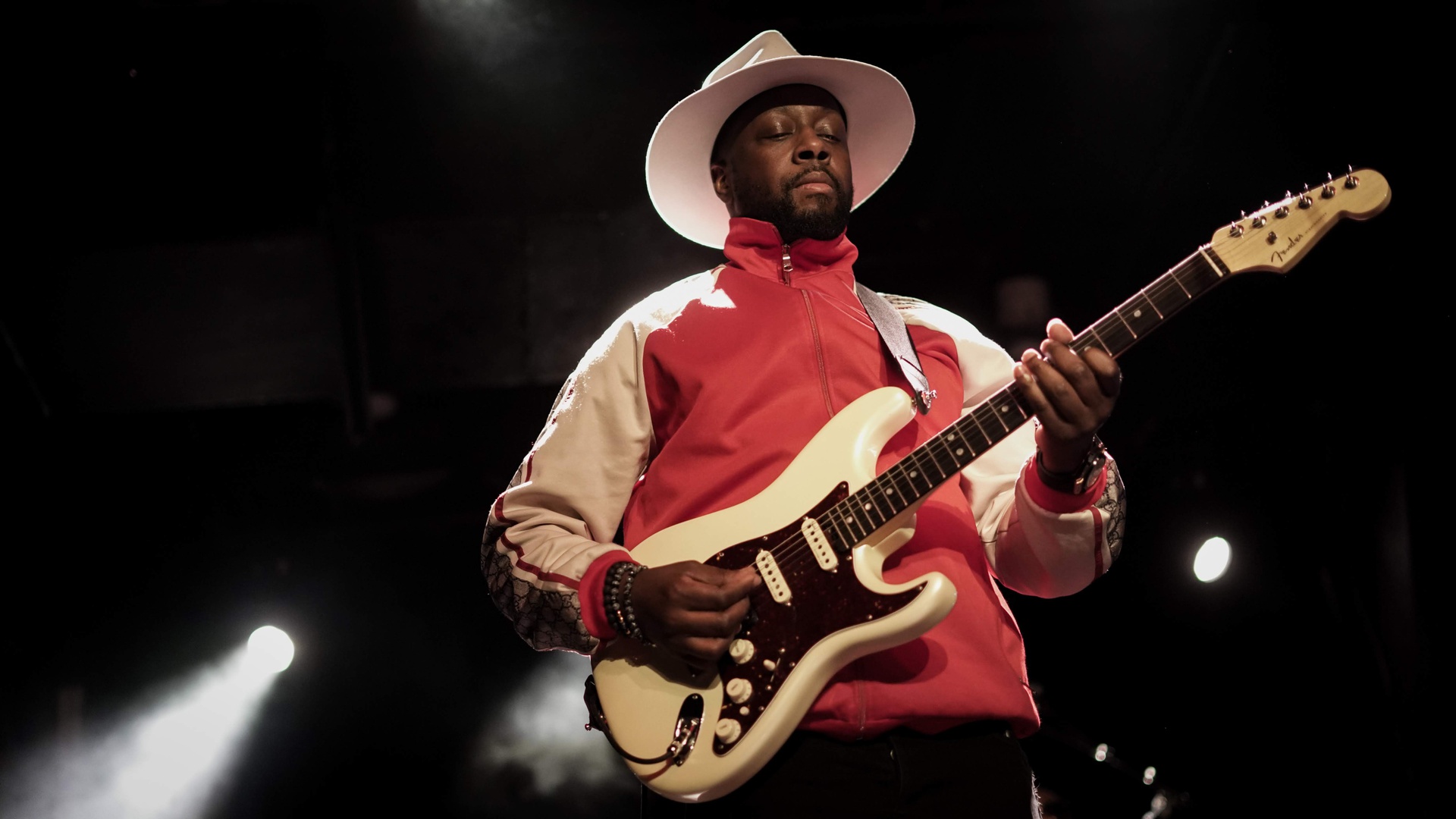 The Apollo Theater will kick off its all-digital fall 2020 season on Wednesday, September 9 at 8:00pm EST with a historic performance by Grammy Award-winning Haitian-American rapper, musician and actor Wyclef Jean. Presented in partnership with ADCOLOR, the multi-instrumentalist will perform his iconic debut album, Wyclef Jean Presents The Carnival, live on the Apollo’s Main Stage with no audience and minimal crew. The special concert, which will be streamed free of charge on the Apollo’s Digital Stage and as part of ADCOLOR Everywhere, will feature Wyclef’s revolutionary mix of Haitian creole, rap, world music, and pop. Nearly 25 years after the debut release, The Carnival continues to be a poignant example of Jean’s musicality and his influence on the music industry at-large. To RSVP for the free event, please click here.

“Stepping on the Apollo stage back in 1996 accomplished one of the greatest goals I had as a young Fugee, so it really feels like I’m coming home by having the opportunity to perform at the theater again,” said Haitian American rapper, musician and actor, Wyclef Jean. “I’ve been wanting to do a complete performance of The Carnival for a while now, and I’m excited that I'm able to combine energies with the Apollo and ADCOLOR to pull it off. All three of us are here to celebrate culture, diversity and the Black American experience, and we’re ready to provide a historic performance that does just that.”

"We are thrilled that Wyclef Jean is returning to the Apollo Stage, 24 years since his very first performance in 1996, to celebrate his boundary-pushing album," said Apollo Theater Executive Producer Kamilah Forbes. "For more than eight decades the Apollo has been a beacon of Black creativity and provided a home to diverse voices, and we are excited to partner with ADCOLOR to share his historic performance with our Apollo family and audiences around the globe as we kick off our fall season."

“After such a successful ADCOLOR After Dark concert last year, we knew we had to bring the experience back for this year's virtual event,” said Tiffany R. Warren, Founder and President of ADCOLOR. “It's truly a remarkable moment for our organization to partner with the Apollo, and it's all the more iconic with Wyclef doing his first-ever complete performance of The Carnival. I'm here for it, and I know our community will be too.”

Following Wyclef Jean’s performance on September 9, the Apollo Theater’s fall season will continue with a broad range of free virtual events that expand the nonprofit theater’s role as a partner, commissioner, and producer of programming that centers Black artists and voices from the African Diaspora. Highlights include a special Live Wire conversation focused on the artistry of the Queen of Soul Aretha Franklin; an Apollo Education event with author Nic Stone in conversation with Angie Thomas (“The Hate U Give”) about “Dear Justyce,” the sequel to her bestseller, “Dear Martin”; monthly Apollo music nights with independent musical artists through the Apollo Music Café, featuring artists Stout, J. Hoard, and Madison McFerrin; its annual Kwanzaa Celebration featuring renowned New York-based dance company Abdel Salaam’s Forces of Nature Dance Theatre; and more. For a complete calendar of upcoming events, please visit the Apollo Theater website at https://www.apollotheater.org/calendar/.

All programming will stream free of charge on the Apollo Digital Stage. As a non-profit organization, the Apollo depends on the generous funding from donors, foundations, and the community at-large. Please consider donating to the Apollo Theater in support of these free virtual programs. To do so, please click https://www.apollotheater.org/donate.