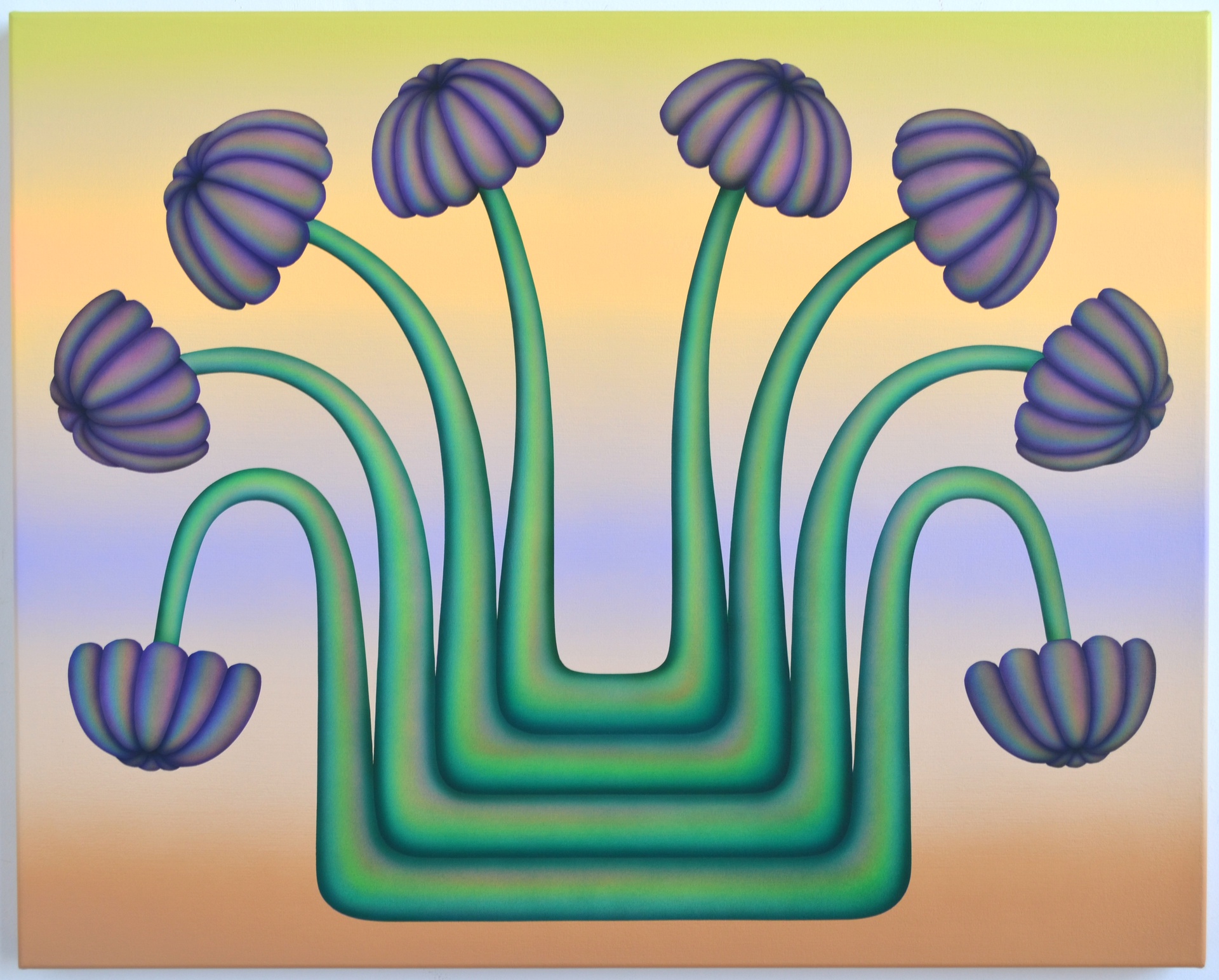 Greenhouse Auctions, a new model for supporting and discovering artists, drew bidders from around the world and created new connections between collectors and artists in its inaugural sale held yesterday. Titled Sourdough, the online auction featured 17 new and never-before-seen works created during the past several months of the pandemic lockdown offered by 17 artists and eight international galleries. 60 bidders from countries including Belgium, Canada, Italy, Mexico, Singapore, Spain, and South Korea, as well as from cities across the United States, participated in the sale, resulting in lots selling 85% by value. The inaugural sale also occasioned Greenhouse Auctions’ first donation—a percentage of the seller’s commission—to a new scholarship it developed in partnership with the Thurgood Marshall College Fund (TMCF) to support students of art history at HBCUs.

Launched this year by former Christie’s and Phillips executive Shlomi Rabi, Greenhouse Auctions leverages the advantages of the auction system while prioritizing artist-gallery-collector relationships and the role of galleries in nurturing artists’ practices and building collections. Through a wholly digital model and cross-category themed auctions, Greenhouse Auctions offers collectors an approachable avenue for discovering works and directly supporting artists and galleries. As a result, a range of global collectors—from those participating in their first ever online auction to long-time and established collectors—took part in Greenhouse’s inaugural sale, and participating artists and galleries reported new relationships and purchases from first-time collectors of their work.

“The strength of the Greenhouse Auctions model was affirmed by the incredible range of collectors that participated in yesterday’s sale and their extraordinary enthusiasm for the works offered. So many artists and galleries were able to connect with new collectors of their work without the risks usually required when offering works through auction. Some collectors shared that Greenhouse offered their first chance to access and purchase works by rising artists they had been following for some time,” said Greenhouse Auctions Founder Shlomi Rabi. “Providing artists and collectors with these kinds of opportunities and serving as the catalyst for long-term meaningful connections between them is core to our mission. I could not be more pleased with the outcome and look forward to building on the success of our first auction with many more to come.”

A spokesperson for an international foundation who purchased a work through the inaugural auction noted, “We are happy to stretch for the right work with Greenhouse because the proceeds go directly to supporting the artist as well as a good cause."

Participating artist Shai Azoulay commented, “An auction can always be very nerve-racking for an artist, even detrimental depending on the outcome. I chose to be part of Greenhouse Auctions because I felt that it considered the needs of the artist and thought about the art world as a whole. It was not like trading a stock, which is how auctions can feel, but there was genuine effort to put the artist first while addressing a social need with the scholarship. It was a fresh take, and I sensed the potential of the auction from the very beginning.”

Lexi Bishop, Founder of here gallery in Pittsburgh, PA, added, “Of course it’s always both scary and exciting to be a part of something new! The result for Molly A. Greene’s work exceeded our expectations—it was amazing to see the depth of demand for this painting, and of course, we are thrilled that part of the proceeds are going to a dedicated scholarship fund for HBCU students."

Participating artist Nick Farhi noted, “Our industry is only just beginning to recognize the enormous talents we have, many of which have been overlooked previously. The early success of Greenhouse Auctions is a testament to the resilience and innovation of the creative industry. It’s remarkable that even in a pandemic a new infrastructure like this can find success and signal the potential for change in the art world. Bravo to the concept and to the patrons who are evolving alongside it.”

Accepting artwork solely from galleries and artists, Greenhouse Auctions leverages the advantages of the auction system while prioritizing the artist-gallery-collector relationship. Founded by Shlomi Rabi, former Christie’s Vice President, Head of the Photographs Department for the Americas, and a 20-year veteran of international and regional auction houses, Greenhouse Auctions was created in response to the limitations that traditional auctions pose to galleries and artists, who rarely benefit from collectors’ consignments and resale of their works, and for whom final auction sale results often inaccurately reflect their broader market.Greenhouse Auctions supports market transparency by requiring galleries and artists to disclose the value of the work to prospective collectors ahead of the auction, while enabling the final sale price to remain between the seller and collector. It also generates new connections between artists, galleries, and collectors by directly connecting sellers and purchasers following the auction—cultivating and advancing the long-term relationships between artists, galleries, and collectors that are critical to the vitality of the art market.Central to the company’s mission-driven business model is the establishment of a new scholarship with the Thurgood Marshall College Fund which benefits students studying art history across more than 40 historically Black colleges and universities (HBCUs), with the aim of advancing greater representation and diversity in art historical scholarship and criticism and within the arts workforce. Greenhouse also supports sustainable and green business practices through its completely digital model that removes the costly and prohibitive logistics of traditional auctions, with objects transferred directly between collector and seller and with the elimination of in-person and print presentations of the works for sale.

Greenhouse Auctions Founder Shlomi Rabi is a 20-year veteran of the world’s leading international auction houses, and an immigrant from the Middle East, raised in Central America, who brings his vision to champion and empower underrecognized creative voices to Greenhouse Auctions. Previously, he held the position of Vice President, Head of the Photographs Department for the Americas at Christie’s, where he oversaw a record number of single-owner auctions. Throughout his career, he has worked closely on numerous institutional collaborations with leading organizations including the Museum of Modern Art, New York; Art Institute of Chicago; Aperture Foundation; and Elton John AIDS Foundation. In 2008, in his role as an arts and culture writer for the NBC5 Chicago Street Team, he and his colleagues received an Emmy for Outstanding Achievement in Alternate Media. He received a bachelor’s degree cum laude from Tulane University in art history, psychology, and African diaspora studies, and a master’s in art history, theory & criticism from School of the Art Institute of Chicago. He is a USPAP-compliant appraiser and a former member of the International Society of Appraisers.