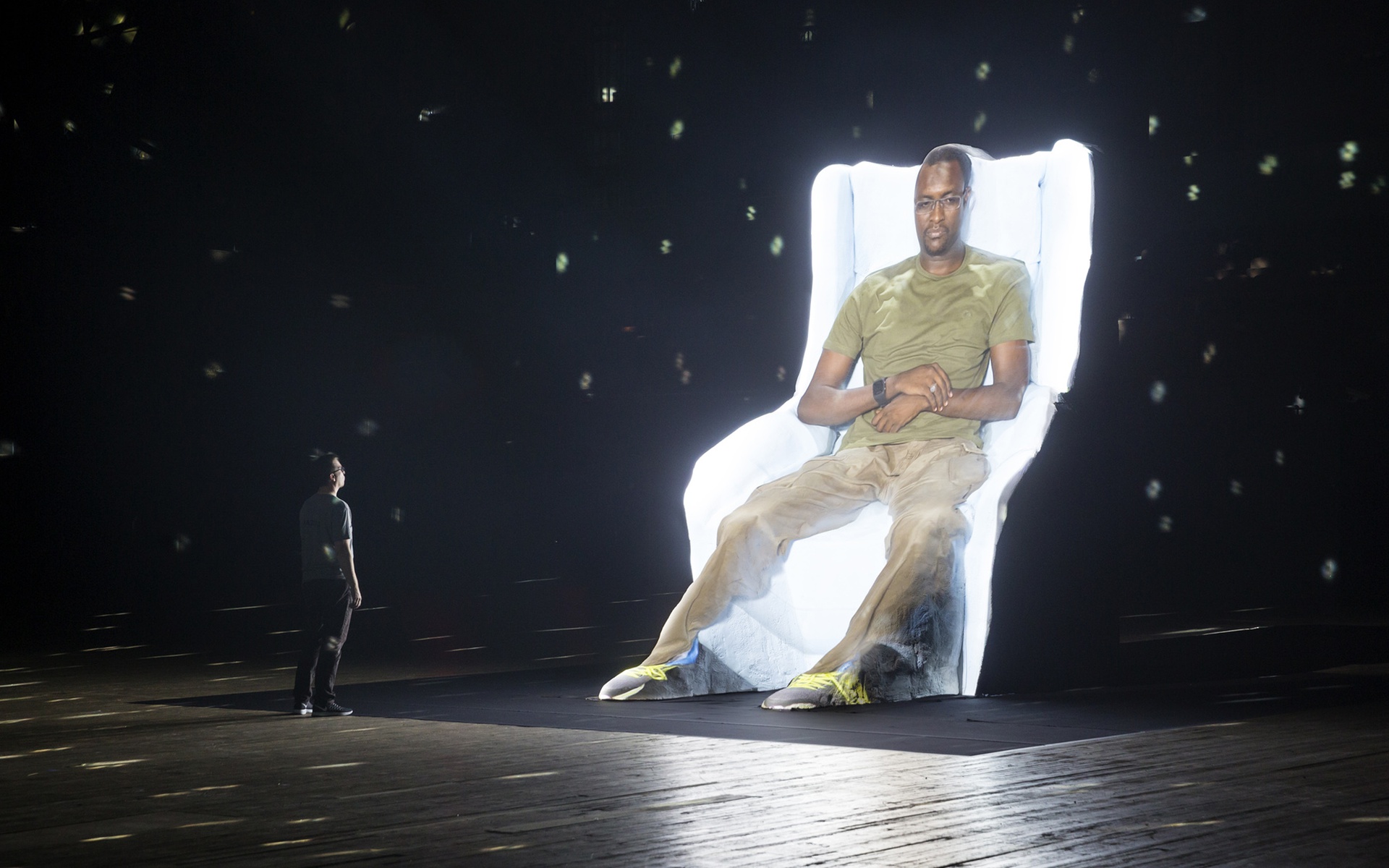 Park Avenue Armory premieres a penetrating new work this fall developed by Laurie Anderson in collaboration with Mohammed el Gharani, a former Guantanamo Bay detainee. HABEAS CORPUS, commissioned by the Armory, expands on Anderson’s fusing of storytelling and technology, creating an installation and performance piece that examines lost identity, memory, and the resiliency of the human body and spirit. The work premieres for three days and nights, October 2-4, 2015.

“Laurie Anderson is continually pushing the art of storytelling forward in deeply moving ways both in the thought-provoking content of her work and by transcending traditional artistic practice,” said Rebecca Robertson, President and Executive Producer of Park Avenue Armory. “HABEAS CORPUS harnesses the dramatic expanse of our drill hall and the intimacy of our period rooms to engulf audiences in a gripping story told through the interweaving of film, sculpture, music, and video.”

“HABEAS CORPUS is Laurie Anderson at her most thought-provoking and soul searching,” said Alex Poots, Artistic Director of Park Avenue Armory.” Her new art work, part multi-media, part storytelling, goes to the heart of the matter.”

In this latest work, Anderson explores the widely reported story of el Gharani. One of the youngest detainees at Guantanamo, he was held at the prison camp for seven years. In 2009, U.S. District Court Judge Richard Leon ruled he’d been held without sufficient evidence and ordered his release. As all ex-detainees from Guantanamo Bay are currently barred from entering the United States, el Gharani appears as part of this installation live from West Africa, beamed into the Armory drill hall via advanced streaming techniques and three dimensional imaging. It will be the first real-time meeting between a former detainee and American audiences.

HABEAS CORPUS encourages visitors to use the drill hall as place to meditate on time, identity, surveillance, and freedom. The evocative environment within the drill hall includes an original, immersive soundscape. The work, designed by Lou Reed, unites guitars and amps in feedback mode to create colliding and cascading harmonies and will be mixed with sounds derived from audio surveillance and nature. The space will also be activated by improvised music performances throughout the day.

Historic period rooms adjacent to the drill hall will also be activated. A film in which el Gharani talks with humor and insight about his relationships with fellow inmates, interrogators, and guards at Guantanamo Bay will be featured in the Mary Diver Room. Anderson’s short film installation From the Air, which explores the impact of global events on daily life and resonates with many of the themes explored in el Gharani’s story, will be presented in the Colonel’s Room.

Each evening, the installation transforms into a culminating celebratory concert and dance party. Renowned Syrian singer Omar Souleyman headlines with performances of his own music. Anderson, Merrill Garbus of tUnE-yArDs, and multi-instrumentalist Shahzad Ismaily will perform a new work, along with Stewart Hurwood performing Lou Reed’s guitar feedback works.

HABEAS CORPUS builds upon many of the themes and artistic techniques employed in Anderson’s previous and upcoming works—including the 1998 installation at the Prada Foundation, Dal Vivo, in which an inmate’s story was told via a kind of virtual escape. Her recent feature film, Heart of a Dog, reflects on themes of loss and language, and will be released nationally this fall.

The Armory’s 2015 season encompasses site-specific installations, commissions, and cross-disciplinary collaborations across a range of art forms. Through September 21, the Armory is presenting the U.S. premiere of a major new contemporary dance Tree of Codes—collaboratively imagined by choreographer Wayne McGregor, visual artist Olafur Eliasson, and producer/composer Jamie xx. In December, the Armory will feature an immersive reinvention of the concert-going experience with Goldberg, J. S. Bach’s Goldberg Variations performed by pianist Igor Levit and staged by performance artist Marina Abramović.