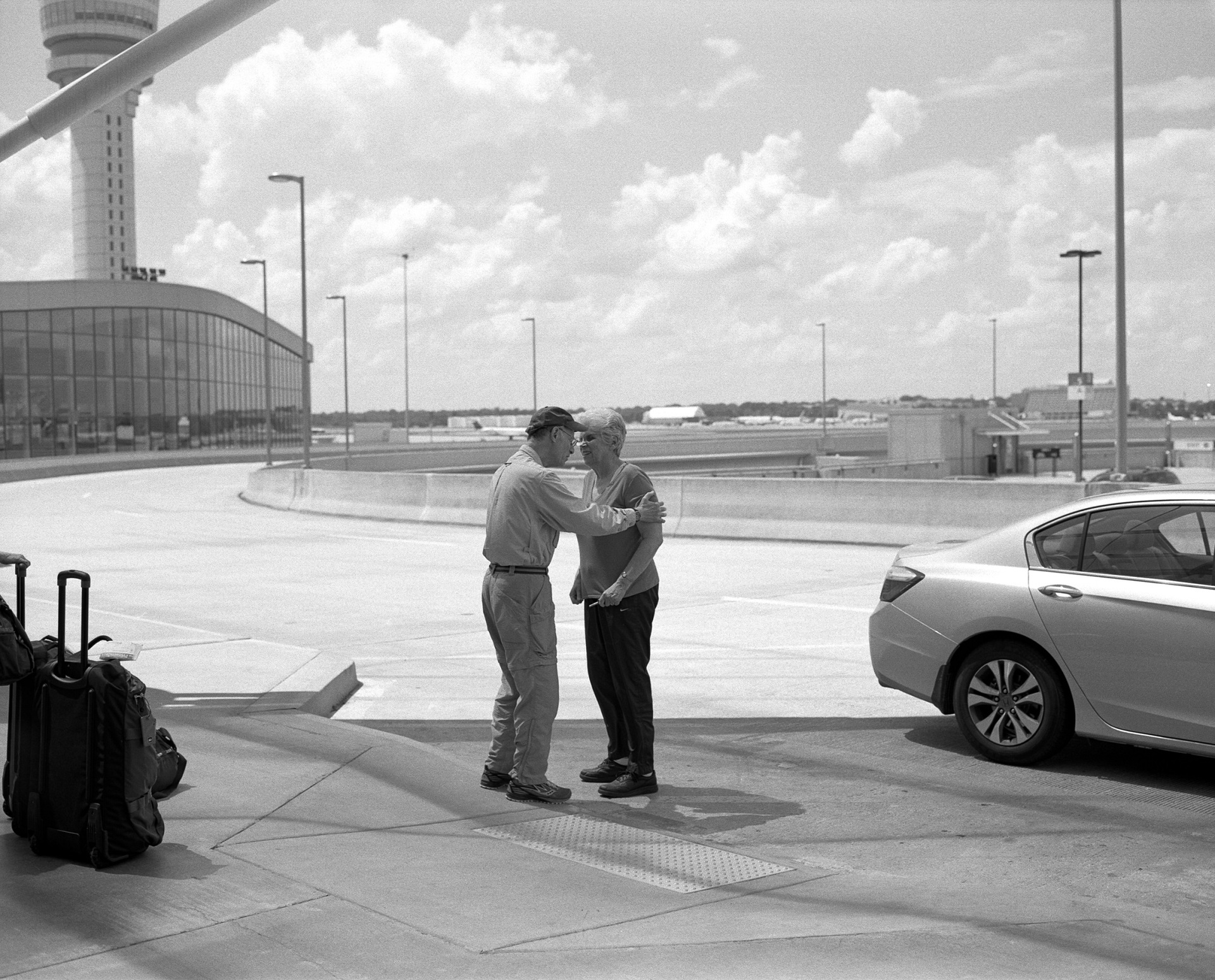 The High Museum of Art has commissioned Mark Steinmetz, Debbie Fleming Caffery and Alex Harris for the Museum’s “Picturing the South” photography series. Established in 1996, this distinctive initiative supports established and emerging photographers in creating new bodies of work inspired by the American South for the Museum’s collection, which is the largest and most significant public repository of the region’s contributions to photography. Past participants in “Picturing the South” include Abelardo Morell, Martin Parr, Kael Alford, Richard Misrach, Sally Mann, Dawoud Bey, Emmet Gowin, Alex Webb and Alec Soth.

“For the first time since we launched this initiative, each of the selected photographers is based in the South. They bring an important perspective to their projects that is rooted in personal experience and deep connections to the culture and landscape,” said Rand Suffolk, the High’s Nancy and Holcombe T. Green, Jr., director. “As one of the first American art museums to collect photography, the High has a longstanding commitment to the medium. These commissions extend our dedication to photography and our focus on celebrating the rich artistic legacy of the region by providing a platform for Southern artists to push the boundaries of their practice.”

“Each of these accomplished mid-career photographers brings a distinctive aesthetic and point of view to the series,” said Gregory Harris, the High’s assistant curator of photography. “We are excited by the work they are creating and look forward to bringing their photographs into our collection.”

Based in Athens, Ga., Steinmetz is widely respected as one of the leading mid-career photographers working in the South today and is known for his documentation of the region’s social and geographical landscapes. For his “Picturing the South” commission, he has focused on air travel and Atlanta’s Hartsfield Jackson International Airport — the most heavily trafficked airport in the world. Steinmetz’s black-and-white prints closely consider the activity and interactions that take place at this crossroads of the “New South.” Some prints explore the richly complex conglomeration of public and private moments that play out in the airport’s exterior and interior spaces. Punctuating these human moments, Steinmetz also has made studies of the jet trails left by passing planes, the overgrown landscape that surrounds the airport and aerial views of the city. Together, the works provide a poignant perspective on Atlanta as a global metropolis and underscore the role the airport plays as a gateway to our modern world. Works from Steinmetz’s commission will debut at the High in a solo exhibition opening on March 3, 2018.

“At the airport, people from all over the world and from all walks of life can be found in the midst of their journeys,” said Steinmetz. “I have been photographing in and around the Atlanta airport for the past several years. My main subject has been the passengers, but I am also photographing the people who work at the airport, the planes (interiors and exteriors), as well as the hotels, parking lots and neighborhoods that surround and support the airport. My photographs range from portraiture and landscapes to more abstracted work about the skies and about flight.”

Caffery’s portraits and landscapes capture struggling agricultural communities in rural northern Louisiana and western Mississippi. Once thriving hubs for agriculture and river trade, these crumbling communities now experience high rates of unemployment, inadequate healthcare and a lack of important social services. According to Caffery, “Bustling main street highways that once ran through the centers of these towns have moved and left behind shuttered businesses and empty, deteriorating buildings. Many young people have moved on. In my photographs, based on numerous years of fieldwork, I look beneath the surface at the people who live in these places that have been partially abandoned. In the midst of burned-out houses and deserted store fronts, many of my photographs peer into the spaces where people who remain gather.” Caffery is based in Lafayette, La., and regularly exhibits her work in museums and galleries throughout the United States and Europe.

Born and raised in Georgia, Harris is the founder of Duke University’s Center for Documentary Studies and currently lives and works in Durham, N.C. Nearly a decade ago, having documented contemporary Cuban society, he was asked to photograph on the set of Steven Soderbergh’s film “Che” (2008). Inspired by that experience, Harris is exploring current narrative cinematic representations of the South by chronicling productions of contemporary independent films set in the region. “Our experience of the South has largely been formed by our greatest visual storytellers, who imagine and create films about Southerners with lives and emotions like our own but somehow more acutely felt and beautifully expressed,” said Harris. “I am delighted to be working with Southern independent filmmakers because of their extraordinary creativity and because their work — whether contemporary or historical, enchanting or disturbing, authentic or fantasy — is sometimes not known outside the film festival circuit. My goal is to use still photography to immortalize quintessential moments in contemporary Southern independent films and, by seeing ways in which my photographs from different productions resonate with each other, to see the South in a new light.”

Steinmetz (American, born 1961) has lived and worked in Athens, Ga., for nearly 25 years. He is the author of more than a dozen photography books, many of which were published by Nazraeli Press. His work has been featured in solo and group exhibitions at galleries and museums throughout the United States, and his photographs are included in the distinguished collections of The Museum of Modern Art, New York; The Metropolitan Museum of Art; the Art Institute of Chicago; the San Francisco Museum of Art; the Museum of Fine Arts, Houston; and the High Museum of Art, among others. In 1994, he was awarded a Guggenheim Fellowship that enabled him to photograph extensively throughout the South. Much of this work later appeared in his books “South East,” “Greater Atlanta” and “15 Miles to K-Ville.” Steinmetz has taught widely at many prestigious institutions, including Harvard University, Sarah Lawrence College, Emory University and Yale University.

Caffery (American, born 1948) grew up in rural southern Louisiana in the heart of sugarcane country. While a student at the San Francisco Art Institute, she began a lifelong project documenting African-American workers in sugarcane fields and mills as well as their landscapes. In 1995, she began photographing in rural Mexico. That work led to a lengthy project documenting brothels, for which she received a 2005 Guggenheim Fellowship. In 2006, Caffery received a Katrina Media Fellowship from the George Soros Foundation for her project titled “Portrait of Neglect: Injustices of Hurricane Katrina.” In addition, she is the recipient of a Lou Stoumen mid-career grant from the Museum of Photographic Arts, San Diego, and the Louisiana Endowment of Humanities’ Michael P. Smith Award. Her work is included in numerous collections, including those of The Metropolitan Museum of Art, New York; Whitney Museum of American Art, New York; The Museum of Modern Art, New York; New Orleans Museum of Art; Museum of Fine Arts, Boston; and the Bibliothèque Nationale, Paris, France. www.debbieflemingcaffery.com

For over forty years, Harris (American, born 1949) has photographed across the American South and in locations as disparate as the Inuit villages of Alaska, the streets of Havana, Cuba, and the fish markets of Mumbai, India. He has taught at Duke University since 1980. His awards include a Guggenheim Fellowship in Photography, a Rockefeller Foundation Humanities Fellowship and a Lyndhurst Prize. Harris’ work is represented in major photographic collections, including those of the San Francisco Museum of Modern Art, the High Museum of Art and The Museum of Modern Art, New York. His photographs have been exhibited widely, including in exhibitions at the International Center of Photography in New York and the J. Paul Getty Museum in Los Angeles. As a photographer and editor, Harris has published 16 books. His book “River of Traps” with William deBuys was a finalist for the 1991 Pulitzer Prize in general nonfiction. Most recently, he published “Dream of a House: The Passions and Preoccupations of Reynolds Price” with Margaret Sartor.

About “Picturing the South”

The High began its “Picturing the South” initiative in 1996 both to provide a contemporary perspective on Southern subjects and themes and to build its collection of contemporary photography. The commissions have benefited the Museum as well as the artists — Sally Mann’s commission in 1996, for instance, helped support her shift to landscape work and resulted in the first photographs in her “Motherland” series. The other commissions range from Dawoud Bey’s over-life-size portraits of Atlanta high school students to Emmet Gowin’s aerial photographs of aeration ponds and paper mills. Photographer Alex Webb captured the drama of Atlanta’s street life and nightlife, and Richard Misrach used a view camera to reveal the beauty and pathos of Mississippi River landscapes between Baton Rouge and New Orleans, an area known as “Cancer Alley.” In the most recent commission, Abelardo Morell focused on representing trees — an iconic subject that has captivated artists throughout the history of photography — in playfully unusual and imaginative ways. He traveled to state parks and wildlife refuges in Georgia and Tennessee to capture the images, 15 of which were featured in the High’s presentation of the 2014 exhibition “Abelardo Morell: The Universe Next Door.”