Uniting selections from all past commissions with new photographs by Sheila Pree Bright, Jim Goldberg and An-My Lê, the exhibition demonstrates the series’ impact on artists’ bodies of work and the High’s photography collection 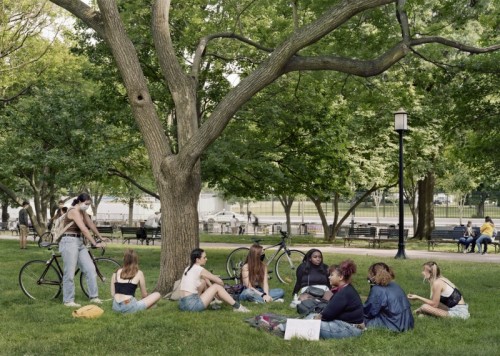 To commemorate the 25th anniversary of its renowned “Picturing the South” series, the High Museum of Art will present an exhibition bringing together work from all the past commissions for the first time while also debuting new work by the latest photographers selected for the series, Sheila Pree Bright, Jim Goldberg and An-My Lê. Launched in 1996, “Picturing the South” supports contemporary photographers in creating new bodies of work inspired by the American South for the High’s collection, which is among the nation’s leading photography programs and has strength in works made in and about the region. “Picturing the South: 25 Years” (Nov. 5, 2021-Feb. 6, 2022) will feature nearly 200 works from commissioned projects by artists including Dawoud Bey, Emmet Gowin, Sally Mann, Richard Misrach, Martin Parr and Alec Soth, among others. To coincide with the exhibition, the High will publish digital resources comprising artwork annotations and multimedia content, including a virtual tour, on an interactive online platform.

“The ‘Picturing the South’ commission and exhibition series is entirely unique among American museums for its longevity, commitment to place and diversity of artistic perspectives,” said Rand Suffolk, the High’s Nancy and Holcombe T. Green, Jr., director. “For a quarter century, the series has called attention to the fabric of our shared experiences while concurrently highlighting what makes the South distinctive. We are thrilled to show the commissioned works collectively for the first time and to demonstrate how transformational ‘Picturing the South’ has been for the High and for the artists who’ve participated.”

Kevin W. Tucker, the High’s chief curator, added, “‘Picturing the South’ both reflects a rich legacy from the many artists represented through these commissions and acknowledges the High's continuing dedication to collecting and exhibiting contemporary American photography.”

The new commissions by Bright, Goldberg and Lê each will shed light on prevailing themes and movements in the South, including racial and national identity. Bright’s mysterious black-and-white photographs of Stone Mountain, a public recreation area that surrounds the largest monument to the Confederacy, scrutinize the literal and figurative marks that the region’s history of white supremacy has left on the land. Goldberg explores expressions of contemporary dynamics of racial identity in the South, with a particular eye on how notions of whiteness are articulated in a society that regularly assumes it as the default American identity. Lê’s photographs center on the social unrest that has emerged across the country, including protests in Washington, D.C.

“The ‘Picturing the South’ photographs address broad themes, from the legacy of slavery and racial justice to the social implications of the evolving landscape and the distinct and diverse character of the region’s people,” said Gregory Harris, the High’s Donald and Marilyn Keough Family curator of photography. “The works together tell a compelling story of the contemporary South and will offer audiences a unique opportunity to see the region through the lenses of some of the best photographers working today.”

“Picturing the South” has produced a total of 16 extraordinary bodies of work, some of which have become iconic projects for the artists, including:

In addition to examples from those series, the exhibition will feature works from each of the other completed commissions by Kael Alford, Debbie Fleming Caffery, Emmet Gowin, Alex Harris, Shane Lavalette, Abelardo Morell, Martin Parr, Mark Steinmetz and Alex Webb.

The exhibition will be presented in the Cousins Special Exhibition Galleries on the second level of the High’s Wieland Pavilion.