The High Museum of Art has commissioned Sheila Pree Bright, Jim Goldberg and An-My Lê for the Museum’s ongoing “Picturing the South” photography series, which will celebrate its 25th anniversary in 2021. To commemorate the occasion, the High will present a special exhibition debuting these new works alongside past commissions from the series by artists including Richard Misrach, Sally Mann, Dawoud Bey, Emmet Gowin and Alec Soth. 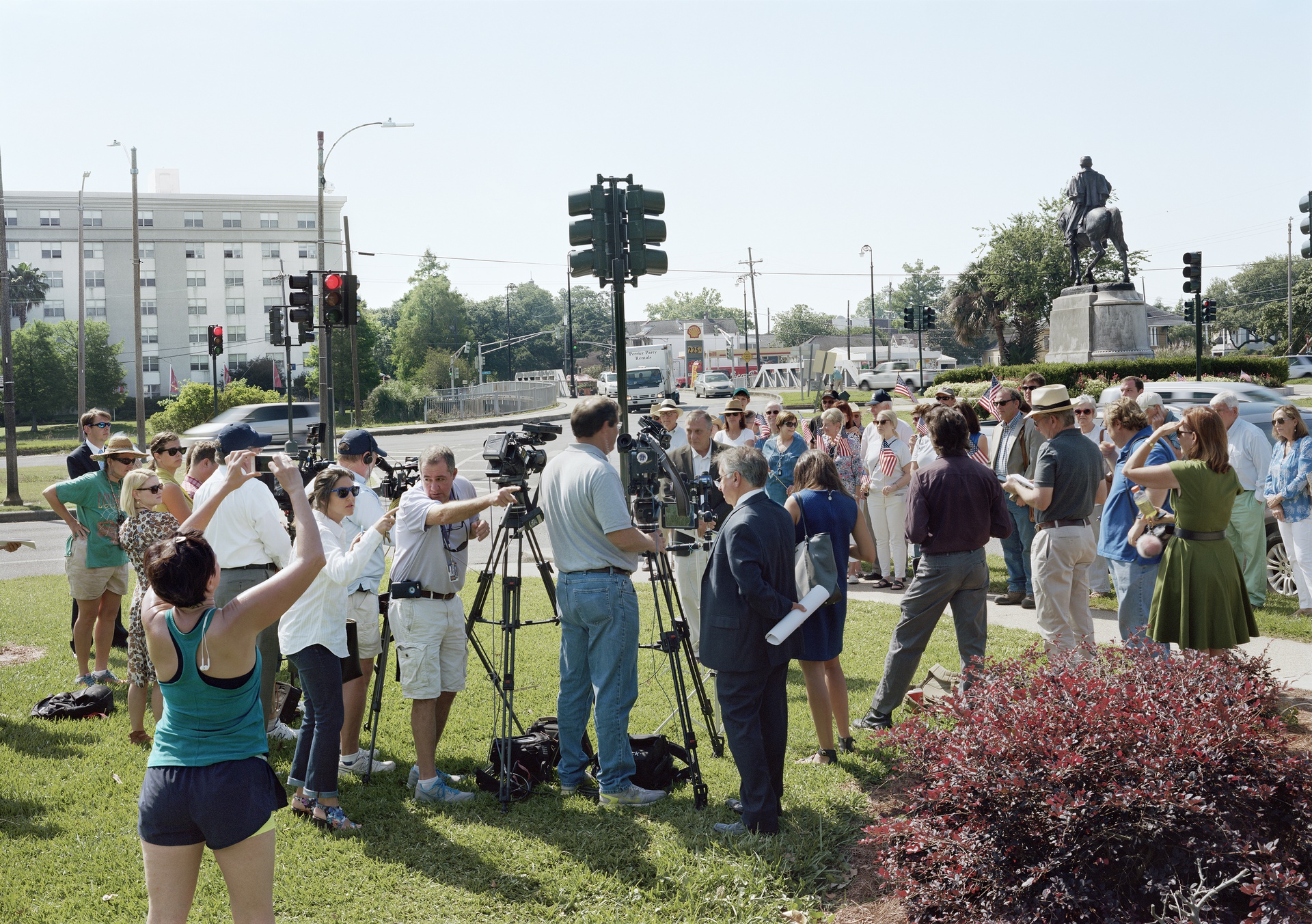 The High Museum of Art has commissioned Sheila Pree Bright, Jim Goldberg and An-My Lê for the Museum’s ongoing “Picturing the South” photography series, which will celebrate its 25th anniversary in 2021. To commemorate the occasion, the High will present a special exhibition debuting these new works alongside past commissions from the series by artists including Richard Misrach, Sally Mann, Dawoud Bey, Emmet Gowin and Alec Soth.

Launched in 1996, “Picturing the South” supports established and emerging photographers in creating new bodies of work inspired by the American South for the Museum’s collection, which is the largest and most significant public repository of the region’s contributions to photography. Bright, Goldberg and Lê’s commissioned works will shed light on prevailing themes and movements in the American South, including racial and national identity.

“For 25 years, the High has commissioned noted photographers to focus their lenses on the American South, calling attention to universal issues, such as the impacts of environmental pollution, struggles of impoverished communities, and young people’s grappling with public perception verses private self, that make up the fabric of our shared experiences,” said Rand Suffolk, the High’s Nancy and Holcombe T. Green, Jr., director. “Next year, we are delighted to celebrate this moving initiative by commissioning three new bodies of work and mounting an exhibition looking back at the incredible photographs we have acquired through this series.”

The new commissions will debut as part of the exhibition “Picturing the South: 25 Years,” which will open at the High in fall 2021 and feature in-depth presentations of all the commissions completed since the series launched in 1996, including photographs by the previous participants Alex Harris, Mark Steinmetz, Debbie Fleming Caffery, Abelardo Morell, Martin Parr, Kael Alford, Shane Lavalette, Richard Misrach, Sally Mann, Dawoud Bey, Emmet Gowin, Alex Webb and Alec Soth. Works on view will include the following:

“By examining the full range of these works, the exhibition will present a compelling and layered archive of the South and affirm the High’s leading role in promoting and shaping American photography,” said Sarah Kennel, the High’s Donald and Marilyn Keough Family curator of photography. “We look forward to celebrating the series’ 25th anniversary with the presentation of these works.”

Gregory Harris, the High’s associate curator of photography and the exhibition curator, adds: “In this moment of national reckoning with racial and social injustice, we are excited to support the work of the three photographers we recently commissioned, who use their art form to explore the complexity of American identity, in the process encouraging dialogue and inviting reflection.”

Bright is the first artist from Atlanta to receive a “Picturing the South” commission. As one of the city’s most prominent photographers, she has become recognized nationally for her poignant and powerful documentation of the Black Lives Matter movement. She began photographing Atlanta’s hip-hop scene in the 1990s and has since gone on to create several bodies of work that challenge popular depictions of African American life and culture, notably her “Suburbia” series, which puts forth images of Black affluence not often seen in popular media. Recently, she has been photographing Stone Mountain, a public recreation area that surrounds the largest monument to the Confederacy. Her mysterious black-and-white photographs scrutinize the literal and figurative marks that the region’s history of white supremacy have left on the land by delving into the tension created when confronted with an enduring symbol of Black terror amidst the alluring beauty of a bucolic space. Informed by Malcolm X’s declaration “Revolution is based on land. Land is the basis of all independence. Land is the basis of freedom, justice and equality,” Bright’s commission will further her exploration of the Southern landscape in relationship to Black bodies.

Since the late 1970s, Goldberg has challenged the conventions of documentary photography. He combines text, ephemera and found images with his photographs to tell deeply personal stories about pressing social and political issues across the world. In collaborations with his subjects, he includes their words written alongside and, often, on top of his disarming portraits. These collaborations express the complexity of the photographer/subject relationship and approach often abstract matters such as economic inequality, youth homelessness and global migration. For his “Picturing the South” commission, he plans to explore expressions of contemporary dynamics of racial identity in the South, with a particular eye to how notions of whiteness are articulated in a society that regularly assumes it as the default American identity. Inspired by the iconic portrait photographer Mike Disfarmer, who ran a studio in Heber Springs, Arkansas, from the 1930s through the 1950s, Goldberg will focus his attention on two bordering towns in Arkansas to acknowledge how perceived racial identity shapes persistent dialogues in contemporary American culture.

Lê is a photographer and educator whose works have explored the impact of war on American culture and psyche and the natural environment. Born in Saigon in 1960, Lê and her family fled Vietnam in 1975 and eventually settled in the United States. Her early projects include the series “Viêt Nam” (1994-1998), in which she pitted her memories of a war-torn countryside against the contemporary landscape around her; “Small Wars” (1999-2002), in which she both documented and participated in Vietnam War reenactments in Virginia and North Carolina; and “29 Palms” (2003-2004), for which she recorded the U.S. military’s simulated war games in the California desert. Other projects include “Events Ashore,” an exploration of the experience, consequences and representations of the military/industrial complex in the United States and abroad, for which she followed the Navy around the world. Most recently, in her ongoing body of work titled “The Silent General,” she has undertaken what she describes as a “re-imagined American road trip,” galvanized by current events and America’s divisive reckoning with its past. For her “Picturing the South” commission, she will create a new “fragment” for “The Silent General” that focuses on the current social unrest that has emerged across the country. Centered primarily on the protests held in Washington, D.C., with national monuments and federal buildings as the backdrop, this new chapter will consider how history is ever present as new challenges and disputes unfold.