Childs to be honored at 17th annual Driskell Prize Dinner on April 29, 2022 in recognition of her contributions to the field of African American art 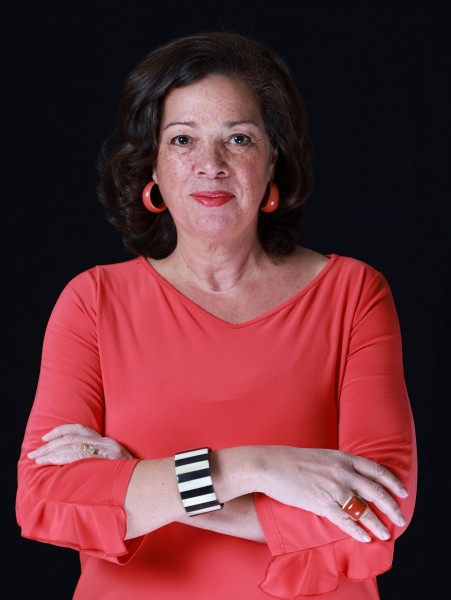 The High Museum of Art today announced scholar, art historian and curator Adrienne L. Childs as the 2022 recipient of the David C. Driskell Prize in recognition of her contributions to the field of African American art. Awarded annually by the Museum since 2005, the prize demonstrates the High’s ongoing dedication to furthering artistic innovation and promoting research of African American artists and scholars.

Throughout her career, Childs has focused her research and curatorial work on the relationship between race and representation in European and American fine and decorative arts as well as the influence and achievements of African American artists in the 20th and 21st centuries. She currently serves as adjunct curator at The Phillips Collection in Washington, D.C., and is an associate of the W. E. B. Du Bois Research Institute at the Hutchins Center for African and African American Research at Harvard University. Childs is co-curating the forthcoming exhibition “The Colour of Anxiety: Race, Sex and the Uncanny in Victorian Sculpture” for the Henry Moore Institute in Leeds, England (November 2022-February 2023). Her book “Ornamental Blackness: The Black Figure in European Decorative Arts,” forthcoming from Yale University Press, explores how the decorative arts contribute to broader dialogues of Black representation in 18th- and 19th-century European visual culture.

“As an art historian and curator, Dr. Childs consistently celebrates and amplifies the work of African American artists and produces thought-provoking scholarship examining Black representation throughout artistic traditions,” said Rand Suffolk, Nancy and Holcombe T. Green, Jr., director of the High. “We are honored to support her important work and recognize her considerable achievements with this year’s Driskell Prize.”

Named for the renowned African American artist and art scholar, the Driskell Prize was established by the High in 2005 as the first national award to celebrate an early- or midcareer scholar or artist whose work makes an original and significant contribution to the field of African American art or art history. Childs will be honored at the 17th annual Driskell Prize Dinner at the High on Friday, April 29, at 6 p.m, where her work will be recognized with a $50,000 cash award. Proceeds from the dinner support the David C. Driskell African American Art Acquisition Restricted and Endowment funds. Since the prize’s inception, the funds have supported the acquisition of 51 works by African American artists for the High’s collection.

The selection process for the 2022 recipient of the Driskell Prize began with a call for nominations from a national pool of artists, curators, teachers, collectors and art historians. Childs was chosen from among these nominations by review committee members assembled by the High: Richard Powell, professor of art and art history at Duke University; Alvia Wardlaw, director of the University Museum at Texas Southern University; and two High Museum of Art curators, Stephanie Heydt (Margaret and Terry Stent curator of American art) and Katherine Jentleson (Merrie and Dan Boone curator of folk and self-taught art).

Childs holds a Bachelor of Arts in art history from Georgetown University, a Master of Business Administration from Howard University, and a Master of Arts and a Ph.D. in art history from the University of Maryland. From 2005 to 2010, she was a curator at the David C. Driskell Center at the University of Maryland, where she curated exhibitions including “Her Story: Margo Humphrey, Lithographs and Works on Paper” (2010), “Tradition Redefined: The Larry and Brenda Thompson Collection of African American Art” (2009) and “Evolution: Five Decades of Printmaking by David C. Driskell” (2007). Notable exhibitions include “Riffs and Relations: African American Artists and the European Modernist Tradition” at The Phillips Collection (February 2020-January 2021) and “The Black Figure in the European Imaginary” at The Cornell Fine Arts Museum at Rollins College (2017).

Childs has contributed essays to books, including volume five of “The Image of the Black in Western Art,” edited by Henry Louis Gates Jr. and David Bindman; “Henry Ossawa Tanner: Modern Spirit,” edited by Anna O. Marley; and “Bob Thompson: This House is Mine,” edited by Diana K. Tuite. She has written articles and reviews for numerous academic and popular publications.

In addition to the Driskell Prize, Childs’ awards, grants and fellowships include a research fellowship at Colby College’s Lunder Institute for American Art (2019-2020), a curatorial fellowship at the Clark Art Institute (2019), a senior visiting fellowship at the Center for Advanced Study in the Visual Arts (2018) and a Getty Library Research Grant from The Getty Foundation (2012).

The 2022 Driskell Prize Dinner will be co-chaired by Michael K. Anderson and Lucinda Weil Bunnen and by honorary chair Rhonda Matheison. Those interested in tickets for the black-tie event may contact Allison Chance at allison.chance@high.org or call 404-733-4412.

About David C. Driskell
David Driskell (American, 1931-2020) was an artist and scholar whose work on the African diaspora spanned more than four decades. The High’s relationship with Driskell began in 2000 when the Museum presented the concurrent exhibitions “To Conserve a Legacy: American Art from Historically Black Colleges and Universities” and “Narratives of African American Art and Identity: The David C. Driskell Collection,” which examined African American art in the broad historical context of modern and contemporary art. In 2021, the High organized the survey exhibition “David Driskell: Icons of Nature and History,” which traveled to the Portland Museum of Art and The Phillips Collection after its presentation at the High. Born in Eatonton, Georgia, Driskell was a distinguished professor emeritus at the University of Maryland, College Park. He received his Bachelor of Arts degree from Howard University in 1955 and his Master of Fine Arts degree from the Catholic University of America in 1962. He also attended the Skowhegan School of Painting and Sculpture in Maine in 1953 and studied art history at the Netherlands Institute for Art History in The Hague, Netherlands, in 1964. More information about Driskell is available at www.driskellcenter.umd.edu.