Dubbed the “Father of American Surrealism,” Clarence John Laughlin (1905–1985) was the most important Southern photographer of his time and a singular figure in the development of the American school of photography. This spring, the High Museum of Art will celebrate his legacy with “Strange Light: The Photography of Clarence John Laughlin” (May 11 through Nov. 10, 2019), the most comprehensive posthumous exhibition of his work to date. 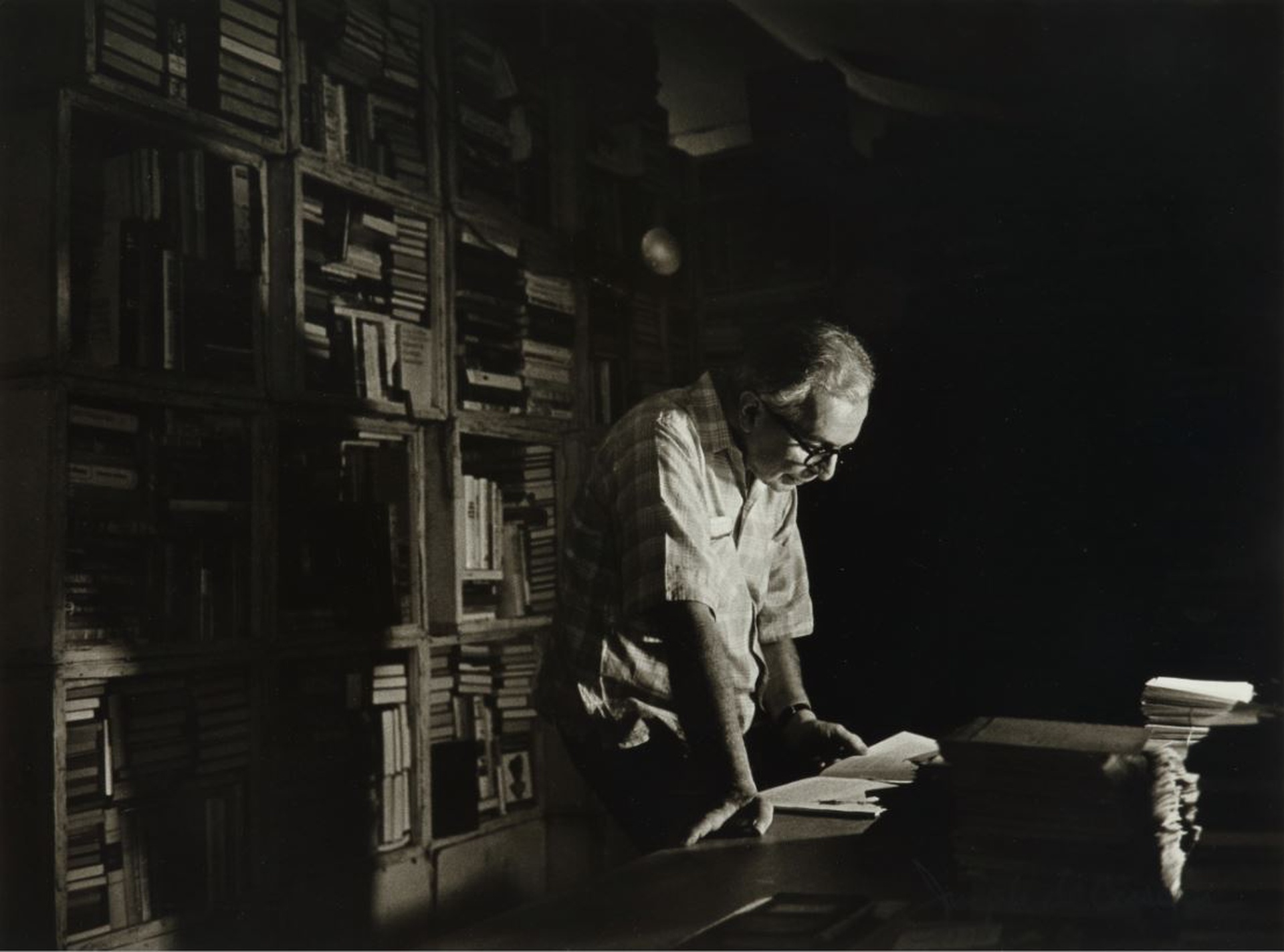 Dubbed the “Father of American Surrealism,” Clarence John Laughlin (1905–1985) was the most important Southern photographer of his time and a singular figure in the development of the American school of photography. This spring, the High Museum of Art will celebrate his legacy with “Strange Light: The Photography of Clarence John Laughlin” (May 11 through Nov. 10, 2019), the most comprehensive posthumous exhibition of his work to date.

The High boasts the largest and most important monographic holdings of Laughlin’s work. “Strange Light” surveys Laughlin’s signature photographs between 1935 and 1965 from more than 80 prints in the Museum’s collection, including many from a landmark 2015 acquisition that will be on view at the High for the first time.

“The High has a longstanding commitment to supporting Southern artists, and we were one of the first museums to develop deep holdings of Laughlin’s work, which we began collecting in the 1970s,” said Rand Suffolk, Nancy and Holcombe T. Green, Jr., director of the High. “This exhibition will mark our largest presentation of his work and reveal the genius of one of the region’s most pioneering 20th-century artists.”

Laughlin considered himself a writer first and a photographer second, and he saw image making as a form of visual poetry. Known primarily for his atmospheric depictions of the decaying antebellum architecture that proliferated in his hometown of New Orleans, Laughlin approached photography with a romantic, experimental eye that diverged strongly from the style of his peers, who championed realism and social documentary.

The exhibition explores Laughlin’s literary leanings in great depth by placing his photographs in relationship to Southern Gothic literature and other regional literary genres, which were widely popular in the 1940s. “Strange Light” also attests to Laughlin’s innovative approach and insight into photography’s development.

“From allegorical social commentary, to expertly constructed narratives, to bizarre material experimentation, Laughlin’s effort to access a higher artistic potential for photography is evident throughout his career,” said the High’s Associate Curator of Photography, Gregory Harris. “His desire to push the limits of photographic possibility paved the way for generations of artists and the growth of the medium into a tool of magical potential.”

The exhibition emphasizes Laughlin’s inventiveness, artistic influences, and deep connection to the written word, with sections focused on his inspirations and major bodies of work:

• Friends and Influences – Laughlin’s artistic education was self-directed and included extensive correspondences with fellow photographers (including Alfred Stieglitz, Man Ray, Edward Weston and Wynn Bullock) and a legendary collection of books. This gallery will feature works by several of the key artists who influenced Laughlin’s development and will display some of the catalogues he worked on obsessively during his lifetime.

• Antebellum Architecture – Hired by the Army Corp of Engineers to document the building of New Orleans’ levees in the 1940s, Laughlin used his spare time along the Mississippi River to document the abandoned plantation homes of the Old South. These eerie architectural images revealed crumbling ghosts of the antebellum past and were Laughlin’s first works to receive attention from galleries and publishers.

• Natural Forms – Among Laughlin’s thematic groupings, he dedicated several to ubiquitous physical forms, such as rocks and trees. His depictions of the natural world, however, were not meant to be meditations on the beauty of nature but rather to demonstrate the transformative potential of looking at the subject with an imaginative eye. Through darkroom techniques, framing and high contrast, Laughlin animated these forms with emotional, spiritual resonance.

• Architecture and Haunted Spaces – Architecture was what first inspired Laughlin to make photographs. In the 1940s and ’50s, as the post-war industrial boom was leading to the destruction of older buildings to make way for modern structures, Laughlin exhibited his love of the old by preserving New Orleans’ historic buildings through photographs. He was especially attracted to vaulted ceilings, staircases and molding details, which he photographed in ways that imbued them with haunted energy.

• Visual Poems – Throughout his career, Laughlin sought to expand the metaphoric possibilities of photography, firmly believing that a picture was never merely about the thing it depicted. These “visual poems,” as he called them, embodied his lofty literary aspirations. In elaborately staged scenes often augmented by experimental printing techniques, Laughlin created countless narrative or poetic vignettes that offered an allegorical commentary on culture and politics while trying to express a deeper spiritual state of being.

• Process and Experimentation – From double exposures, to collage, to camera-less photographs, Laughlin pushed the possibilities of photography to its physical limits. This type of surreal experimentation was popular in Europe in the early to mid-20th century, while the American school of photography was primarily concerned with documenting reality. As a result, it wasn’t until artists and photographers began to embrace experimentation in the 1970s and ’80s that Laughlin’s work received its overdue recognition and cemented his place in the canon as the “Father of American Surrealism.” This gallery demonstrates Laughlin’s varied disruptions to typical photographic processes and underscores his forward-thinking approach to image making.

“Strange Light: The Photography of Clarence John Laughlin” will be presented in the Lucinda Weil Bunnen Gallery for Photography, located on the lower level of the High’s Wieland Pavilion.

About the High’s Photography Collection

The High Museum of Art began collecting photographs in the early 1970s, making it among the earliest museums to commit to the medium. Today, the High’s photography department is one of the nation’s leading programs with more than 7,000 prints in its collection. These holdings encompass work from around the world made by diverse practitioners, from artists to entrepreneurs, journalists and scientists. Spanning the very beginnings of the medium in the 1840s to the present, the High’s collection has particular strengths in American modernist and documentary traditions from the mid-20th century as well as current contemporary trends. The photography collection maintains a strong base of pictures related to the American South and situates this work within a global context that is both regionally relevant and internationally significant. The High owns one of the largest collections of photographs of the civil rights movement and some of the country’s strongest monographic collections of photographs by Eugene Atget, Wynn Bullock, Harry Callahan, William Christenberry, Walker Evans, Leonard Freed, Evelyn Hofer, Clarence John Laughlin, Abelardo Morell and Peter Sekaer.