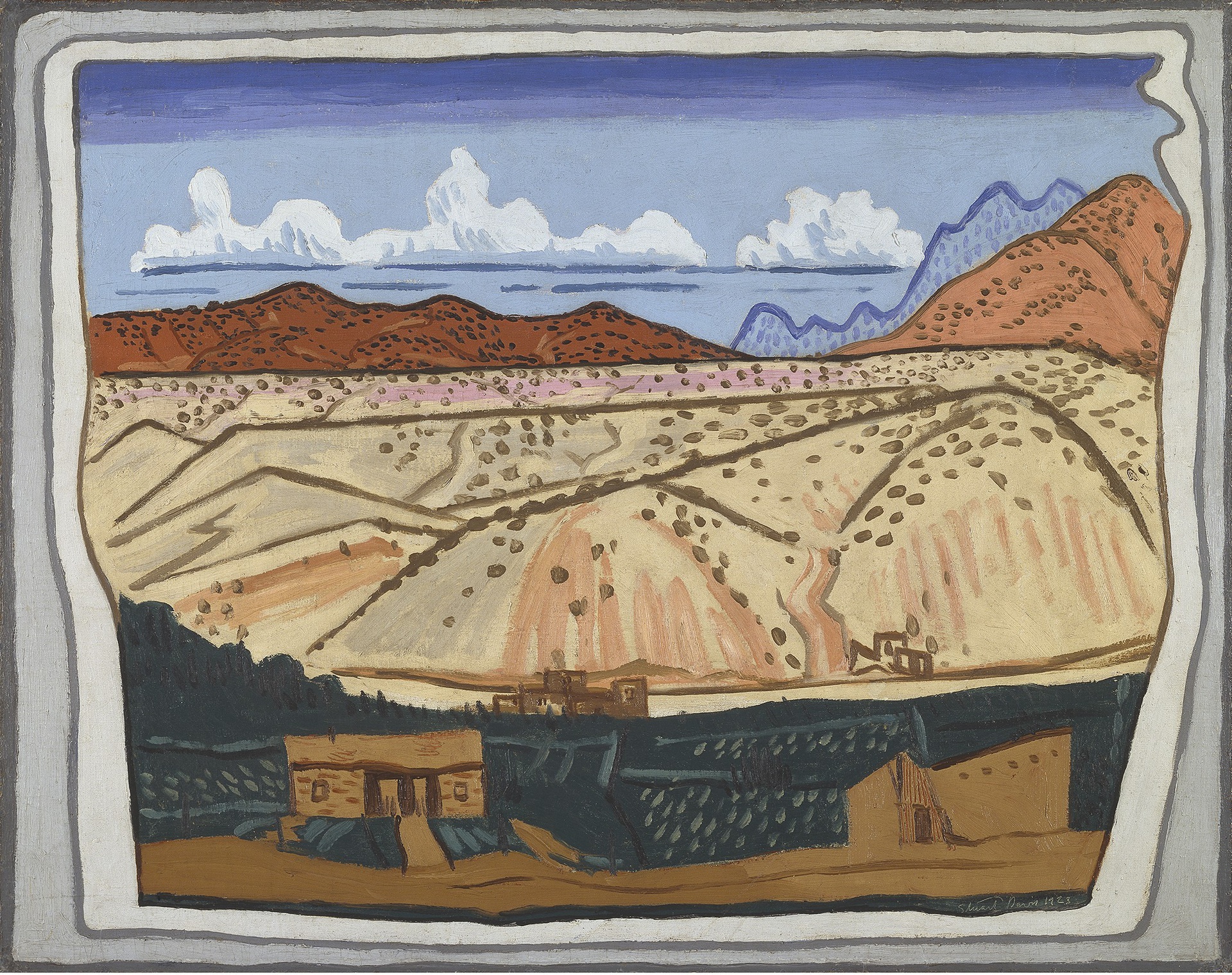 Shedding light on a rarely examined topic in the history of modernism, the major exhibition “Cross Country: The Power of Place in American Art, 1915-1950” (Feb. 12 through May 7, 2017) at the High Museum of Art will uncover how experiences of rural life fundamentally changed the direction of American art.

Organized in collaboration with the Brandywine River Museum of Art, the exhibition will feature more than 200 artworks, including more than 70 from the High’s permanent collection, and encompass a wide range of media and makers—from paintings and photographs to murals and sculpture, by trained and self-taught artists, modernists and regionalists. The High’s American art, photography, and folk and self-taught art departments partnered to select works for “Cross Country” that reflect the range of creative expression and remarkable diversity of American art in the period surrounding the two World Wars.

“Through collaboration across three curatorial departments, we’ve captured the opportunity to highlight important elements from our own permanent collection in the High’s presentation of this exhibition. These include works by Southern artists and superb photography from the era that demonstrate profound contributions to the development of American Modernism,” said Rand Suffolk, the High’s Nancy and Holcombe T. Green, Jr. director.

While the 20th-century city was a significant magnet for modern artists, many sought respite and even refuge in quieter, rural areas. “Cross Country” will bring together works by more than 80 artists to explore the impact of the American countryside on their artistic practice and how they adapted the modernist style to express their sense of place.

“The exhibition will beautifully illustrate the deep connections between the artists, the places and the moments in history that shaped American art in the early 20th century and beyond,” said Stephanie Heydt, the High’s Margaret and Terry Stent curator of American art.

The exhibition will be organized geographically, according to the region depicted in the artworks. Each section will incorporate photography and works by self-taught artists to further underscore the diversity of artistic production in the early 20th century.

“Photographers and self-taught artists, particularly those working in rural areas, came to influence the artistic practice of their contemporaries,” said Heydt. “Because we’re highlighting a period in time when photography and self-taught art began to be taken seriously as art forms, we feel it is essential to spotlight this exchange of ideas in order to broaden viewers’ understanding of American art.”

The first section of the exhibition is devoted to the South and features more than 40 works by both trained and self-taught artists, including paintings by Jacob Lawrence and Lamar Dodd, photographs by Walker Evans and Peter Sekaer, and drawings by Bill Traylor. These artworks range from romantic depictions of the South’s agricultural history to scenes of African-American life that address themes including social justice, emotional response to place, and rural decay and degradation. A centerpiece of this section will be “Opening Day at Talladega College,” one of the six murals by Hale Woodruff that Talladega College commissioned in 1938 for its Savery Library. Painted during the rise of public mural tradition in the Great Depression, the mural transcends time, linking history to the landmark building for which it was created. The Museum partnered with Talladega College to conserve the murals for a nationwide tour, which launched with the High’s 2012 exhibition “Rising Up: Hale Woodruff’s Murals at Talladega College.” Four years later, this mural returns to the High for “Cross Country.”

In the sections that follow, depictions of coastal New England, small-town Pennsylvania, Midwestern farms and other rural regions will illustrate the dispersal of standard modernist styles, such as Cubism and Fauvism, and demonstrate the spread and gradual acceptance of these artistic movements in the American provinces. Some of the featured artists, including Georgia O’Keeffe, were firmly entrenched in modernism before leaving the cities behind. Other artists, such as N. C. Wyeth, started out in rural settings and used traditional styles but came to adopt more experimental approaches. Included are masterworks by such renowned artists as Grant Wood, John Steuart Curry and John Marin.

Key works on view in each section will include:

The exhibition is co-curated by Stephanie Heydt, Margaret and Terry Stent curator of American art at the High; Katherine Jentleson, the High’s Merrie and Dan Boone curator of folk and self-taught art; and Brett Abbott, Keough Family curator of photography and head of collections at the High. “Cross Country” builds upon an exhibition of 67 artworks organized by the Brandywine Museum of Art titled “Rural Modern: American Art Beyond the City.” The Brandywine exhibition, featuring works selected by its associate curator Amanda C. Burdan, is on view in Chadds Ford, Pa., through Jan. 22, 2017.