Hito Steyerl Activates Armory’s Drill Hall and Historic Interiors with Most Extensive Exhibition of Her Work to Date in the U.S. 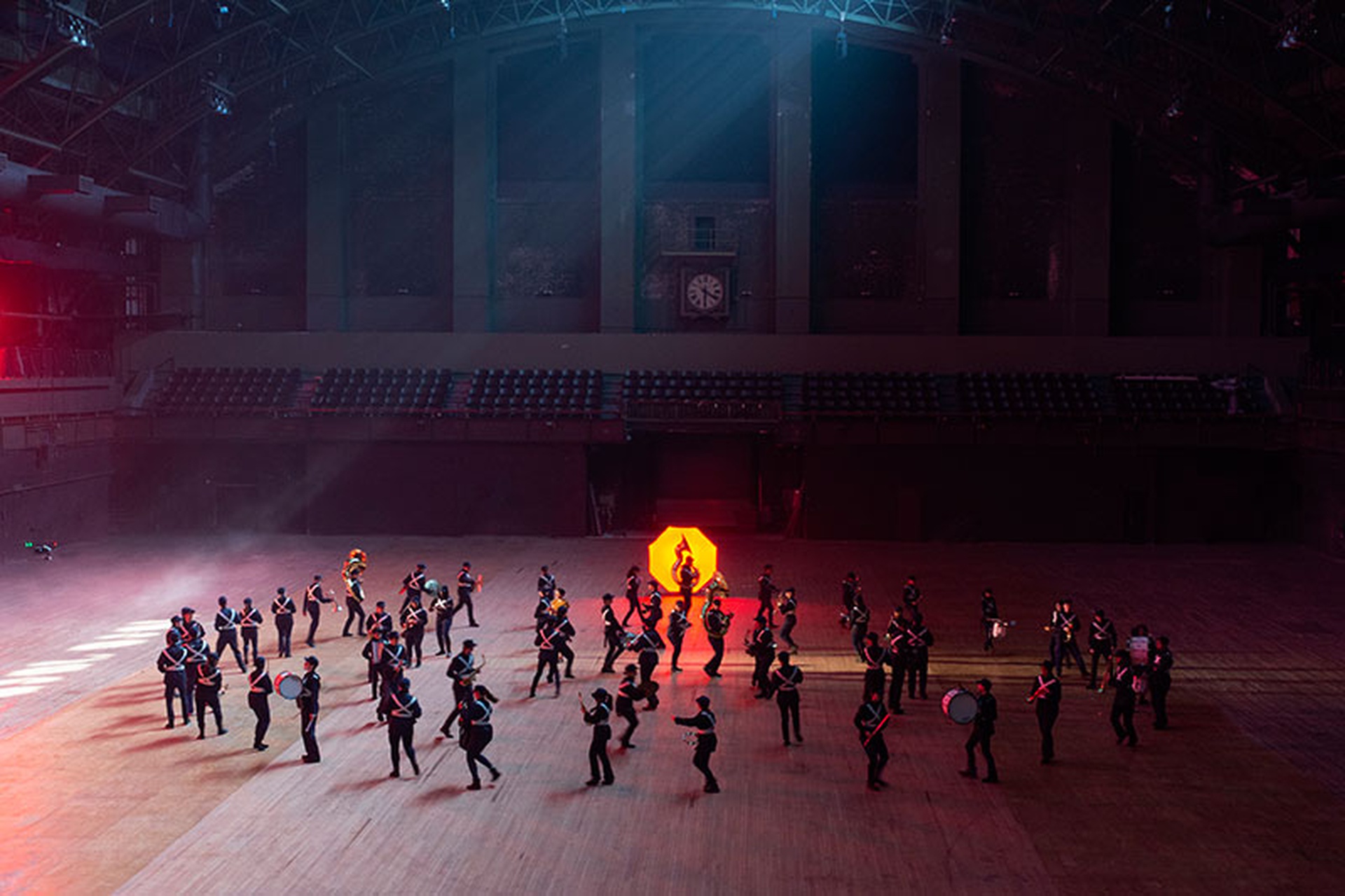 Known for her visually compelling and politically incisive video installations, Berlin-based artist and theorist Hito Steyerl comes to Park Avenue Armory this summer with the most extensive United States presentation of her work to date. On view from June 20 through July 21, 2019, Drill brings together a major, site-specific commission for the Armory’s Wade Thompson Drill Hall with new and existing works re-envisioned for the Armory’s historic period rooms. Activating the Armory’s entire ground floor, Drill has been conceived as a response to current socio-political issues, including gun violence, food sovereignty, the international art maket and the impact of artificial intelligence and other technologies on everyday realities.

Added Pierre Audi, the Armory’s Artistic Director, “Intermixing fact and fiction, Steyerl harnesses the barrage of images and information that occupy our daily lives. Through archival research, documentary footage, and digital imagery, she challenges political realities and social inequities at the global scale, while also calling attention to the dynamics that shape our own communities.”

The centerpiece of the exhibition is a new large-scale video installation, titled Drill, created for the Armory’s Drill Hall. Building upon Steyerl’s signature technique of documentary-style storytelling, the video traverses the Armory spatially and temporally, juxtaposing different eras and characters to narrate a complex history of increasing gun violence and militarization in the United States. In this haunting work, Steyerl weaves together footage of the Armory’s historic interiors, in situ performances by the Yale University Precision Marching Band—based upon datasets relating to gun violence and weapons sales in the United States—and personal interviews with individuals impacted by recent shootings.

Additional commissions include Freeplots—created in collaboration with the El Catano community garden in East Harlem—which references both tax-free “freeports” and the possibility for crop production that does not require land ownership. A third work, The City of Broken Windows, unites video, sound, and installation with a site-specific intervention by artist Chris Toepfer to explore the impact of artificial intelligence on the urban environment and on our own perceptions of reality. These works, all of which are making their U.S. debut, accompany other recent installations by Steyerl—including Is the Museum a Battlefield? (2013), Duty Free Art (2015), The Tower (2016), ExtraSpaceCraft (2016), Hell Yeah We Fuck Die (2016), and Robots Today (2016)—that offer compelling images of a current or future dystopia.

Added exhibition curator Tom Eccles, “Steyerl has a singular ability to bring seemingly disparate events, actors, and forces into critical focus. For the Armory, she has created a provocative installation of new and recent work that captures the turbulence of our current socio-political climate and of the digital age, providing a uniquely compelling vision of our contemporary moment.”

In conjunction with Drill, the Armory and Steyerl are presenting a series of innovative education programs in dialogue with the exhibition. As part of this programming, Steyerl has commissioned artists Vanessa Gravenor and Anton Vidokle, in collaboration with Adam Khalil and Bayley Sweitzer, to respond to Drill and its themes.

Hito Steyerl Activates Armory’s Drill Hall and Historic Interiors with Most Extensive Exhibition of Her Work to Date in the U.S.