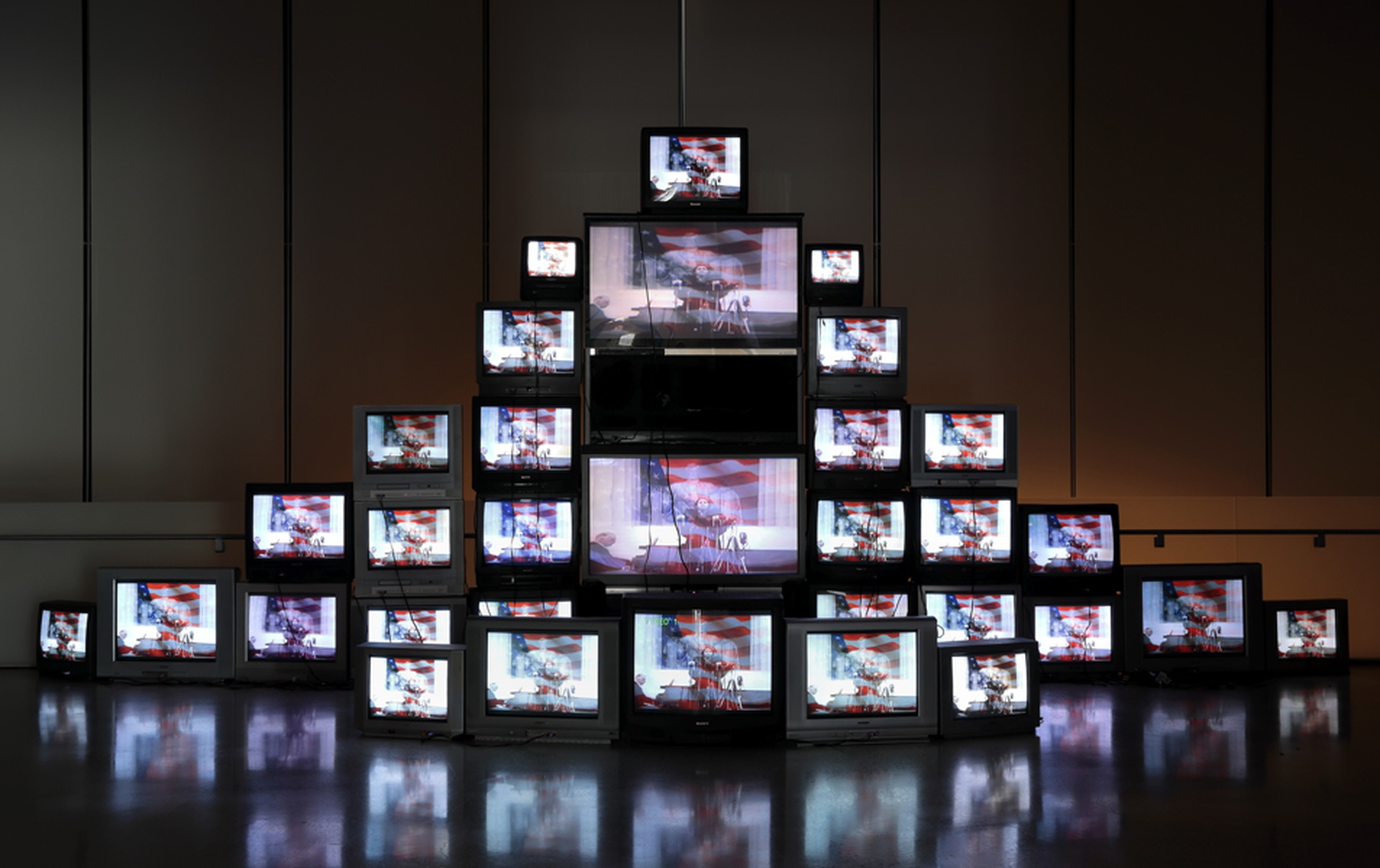 The Institute for Contemporary Art (ICA) at Virginia Commonwealth University (VCU) presents Great Force, an exhibition that uses painting, sculpture, photography, video, and performance to explore how art can be used to envision new forms of race and representation freed from the bounds of historic racial constructs. The exhibition features new commissions and recent work by an intergenerational group of 24 established and emerging artists, including Pope.L, Sable Elyse Smith, Xaviera Simmons, Charlotte Lagarde, and Tomashi Jackson.

Borrowing its title from a quote by novelist and social critic James Baldwin, “The great force of history comes from the fact that we carry it within us, are unconsciously controlled by it in many ways, and history is literally present in all that we do,” Great Force explores how contemporary artists contend with persistent black-white racial bias and inequality in the U.S. The exhibition is curated by ICA Associate Curator Amber Esseiva, an alumna of VCUarts. Great Force is on view at the ICA at VCU from October 5, 2019, through January 5, 2020.

For the duration of Great Force, the ICA will convene community discussions about race, representations of the oppressed and the empowered, and how art can become a tool in pursuit of visibility.

The exhibition will extend out of the ICA’s galleries to include films, performances, and public discussions which will all serve as catalysts for discussions about race and culture today. The ICA will co-host the inaugural “unConference” for VCU’s Race, Space, Place Initiative (RSPI) with VCU academic partners Tressie McMillan Cottom (Department of Sociology), Chioke I’Anson (African American Studies), and Travis Williams (Sociology). The unConference and other Great Force-related public programs will highlight the research at VCU and within the arts nationally dedicated to issues of pressing social importance. VCU faculty, ICA staff, and Great Force artists will host talks, workshops, and events to support experiential learning opportunities for graduate and undergraduate students, faculty, and the wider community.

“From the long-lingering effects of the U.S. slave trade and the Civil War to the current prison industrial complex, to the rise of movements such as Black Lives Matter, questions of visibility, invisibility, and justice are central issues for artists, curators, and U.S. citizens living and working today,” said Esseiva. “Great Force grapples with these questions and their consequences, and offers a range of perspectives that challenge narratives of identity and power.”

“We hope that Great Force can be a powerful contribution to public dialogue about race locally and nationally, and a picture of how perceptions of race function in our everyday lives," said Dominic Willsdon, executive director of the ICA. "The concerns of this show have always been part of the American experience, but are timely in new ways."

Great Force showcases a variety of artistic mediums that ask audiences to consider how artists are choosing to appear in, engage with, and withdraw from racialized representations that dominate discourse in America. Emphasizing the perspectives of artists of color, the exhibition features new and recent work from a prolific group of artists that includes Carrie Mae Weems, Tony Cokes, Paul Stephen Benjamin, Sable Elyse Smith, Kevin Beasley, and Paul Mpagi Sepuya, among others.

Seminal works like Pope.L’s The Great White Way, 22 Miles, 9 Years, 1 Street (Whitney Version #2), 1990 which documents the artist’s nine year effort to crawl the length of New York City’s Broadway while wearing a capeless Superman costume, representing a Black man’s struggle to pursue the American dream, are on view alongside new work commissioned by the ICA. These projects include:

Great Force also presents performances and site-responsive commissions that engage Richmond residents and activate urban historical sites, such as Charlotte Lagarde's (b. 1968) collaborative state-wide project Colonial White, which invited Virginia residents to photograph a white paint chip in a place, with an object, or in a situation that embodies whiteness to them.

A robust program of artist performances and public events related to Great Force will bring together thought leaders from the Richmond community and beyond. Claudia Rankine (b. 1963) is presenting an iteration of her collaborative project, the Racial Imaginary Institute, staged within the ICA’s Learning Lab. An interdisciplinary cultural laboratory that addresses race as an invented concept and explores its role in our daily lives, the Institute is hosting free public reading groups and discussions responding to the exhibition’s themes.

The ICA has also commissioned artist, experiential composer, and librettist Richard Kennedy (b. 1985) to create a new, 50-minute experimental operetta to be performed on November 16, 2019. Drawn in part from Kennedy’s own upbringing in suburban Ohio, A Touch of Elegance explores the experience of navigating heteronormative spaces as a black queer person through the story of two neighboring, small-town storefronts. Additional events include public talks by Tomashi Jackson, Claudia Rankine, Rebecca Walker, and Poly-Mode design studios. ICA Assistant Curator of Film and founder of the Afrikana Independent Film Festival Enjoli Moon has organized a cinema series to coincide with the exhibition.

Great Force is supported in part by a major grant from the National Endowment of the Arts.

Great Force will be accompanied by a fully illustrated publication produced by Silas Munro and Brian Johnson, both native Virginians who run the bi-coastal studio Poly-Mode. Taking design and typographic inspiration from W.E.B. Du Bois’ migration maps and charts, the publication will be set in William, a newly developed Du Boisian inspired typeface created by Tré Seals of Vocal Type. The publication will include contributions by Nicholas Mirzoeff, The Racial Imaginary Institute, and Rebecca Walker.