Park Avenue Armory has commissioned pianist Igor Levit and performance artist Marina Abramović to create a reimagining of the traditional concert experience. Goldberg will transform the soaring Wade Thompson Drill Hall into a meditative environment and employ elements of the Abramović Method to craft an audience experience that transcends the rituals of contemporary daily life and invites a deep and personal engagement with Levit’s performance of Johann Sebastian Bach’s keyboard masterpiece, Goldberg Variations. 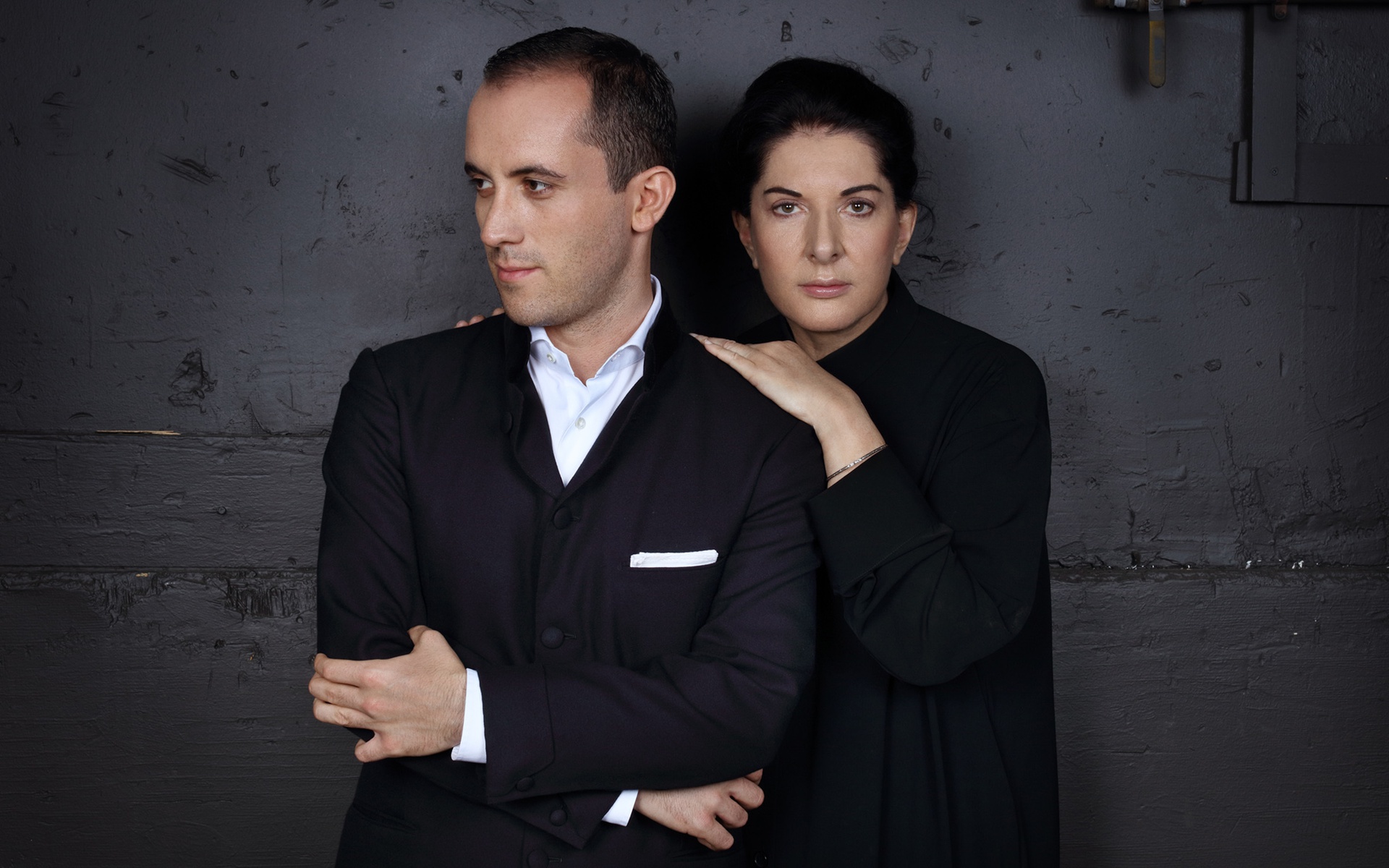 Park Avenue Armory has commissioned pianist Igor Levit and performance artist Marina Abramović to create a reimagining of the traditional concert experience. Goldberg will transform the soaring Wade Thompson Drill Hall into a meditative environment and employ elements of the Abramović Method to craft an audience experience that transcends the rituals of contemporary daily life and invites a deep and personal engagement with Levit’s performance of Johann Sebastian Bach’s keyboard masterpiece, Goldberg Variations. The new work will be presented for seven performances, December 7 – 19, 2015.

“This collaboration examines the importance of challenging ourselves to escape today’s world of constant digital connection and experience works of art free from preconception and the noise and distractions of contemporary existence,” said Rebecca Robertson, President and Executive Producer of Park Avenue Armory. “We have worked with both Igor and Marina in the past, and are excited to welcome them back to the Armory as they unite their expertise for the realization of a new work that pushes past audiences’ typical engagement with classical music.”

Goldberg will invite audiences to become a part of the music and experience the Goldberg Variations in an entirely new context. The audience will prepare for Levit’s performance by dispossessing themselves of the trappings of everyday society and entering the experience from a position of complete internal and external silence—elevating their engagement and focus on the work, itself a study of a single harmonic foundation, and heightening the effect of the piece on their mind and body. Audience members will be asked to place their personal belongings—including cell phones, watches, and other technological devices—inside a private locker. They will then be guided into the drill hall, where intimate seating will be arranged in the round and lighting will evoke a permanent sunset. Wearing noise-canceling headphones, the crowd will sit in silence for an extended period of time, after which Levit will perform all 30 of Bach’s Goldberg Variations on a platform that slowly moves into the center of the audience and rotates as the piece progresses.

“One Armory programming strand has been to invite music and visual artists to stage concerts in the drill hall, beginning in 2013 with Stockhausen’s OKTOPHONIE by Rirkrit Tiravanija, followed by Massive Attack and Adam Curtis and most recently Hélène Grimaud with Douglas Gordon’s tears become… streams become…,” said Artistic Director Alex Poots. “This culminates with the prodigal Igor Levit performing the Goldberg Variations envisioned by Marina Abramović, with her rare and precious talent for work that explores the relationship between performer and audience.”

Goldberg marks the second time Park Avenue Armory has engaged both artists and also continues the organization’s commitment to presenting groundbreaking realizations of contemporary, popular, and classical music that utilize the expanse of the drill hall to engage with audiences in intimate and innovative ways. In 2014, the Armory presented Levit’s acclaimed North American recital debut—an all-Beethoven program, part of the annual recital series held in the exquisitely renovated Board of Officers Room. In 2013, the Armory presented the U.S. premiere of The Life and Death of Marina Abramović—an intersection of theater, opera, and visual art chronicling the performance artist’s life and work. Additional music engagements include: a radical re-staging of Bach’s St. Matthew Passion, performed by the Berliner Philharmoniker, conducted by Sir Simon Rattle, and directed by Peter Sellars; the New York and indoor premiere of John Luther Adams’ Inuksuit performed by dozens of percussionists throughout the Armory’s drill hall and historic head house; an intimate series of concerts by The xx blurring the boundaries between artist and audience; Stockhausen’s electronic masterpiece OKTOPHONIE in a lunar environment created by Rirkrit Tiravanija; the New York Philharmonic performing Karlheinz Stockhausen’s sonic masterpiece Gruppen with three orchestras surrounding the audience; and Bernd Alois Zimmermann’s harrowing Die Soldaten, in which the audience moved “through the music.”

Goldberg is the final presentation of the Armory’s 2015 season, which encompassed site-specific installations, commissions, and cross-disciplinary collaborations across a range of art forms including: FLEXN—an evolution of the Brooklyn-born street dance flex co-directed by Peter Sellars and dance pioneer Reggie (Regg Roc) Gray; H {N)Y P N(Y} OSIS, Philippe Parreno’s largest exhibition in the U.S. to date, a multi-sensory journey within the monumental interior of the Armory’s drill hall; the U.S. premiere of the new contemporary dance Tree of Codes by Wayne McGregor, Olafur Eliasson, and Jamie xx; HABEAS CORPUS, a penetrating new work by Laurie Anderson in collaboration with Mohammed el Gharani; and the third annual recital series featuring the U.S. premiere of The Night Dances by Charlotte Rampling and Sonia Wieder-Atherton, a concert of songs from World War I by Ian Bostridge, a performance of Viennese lieder by Christian Gerhaher and Gerold Huber, and more.