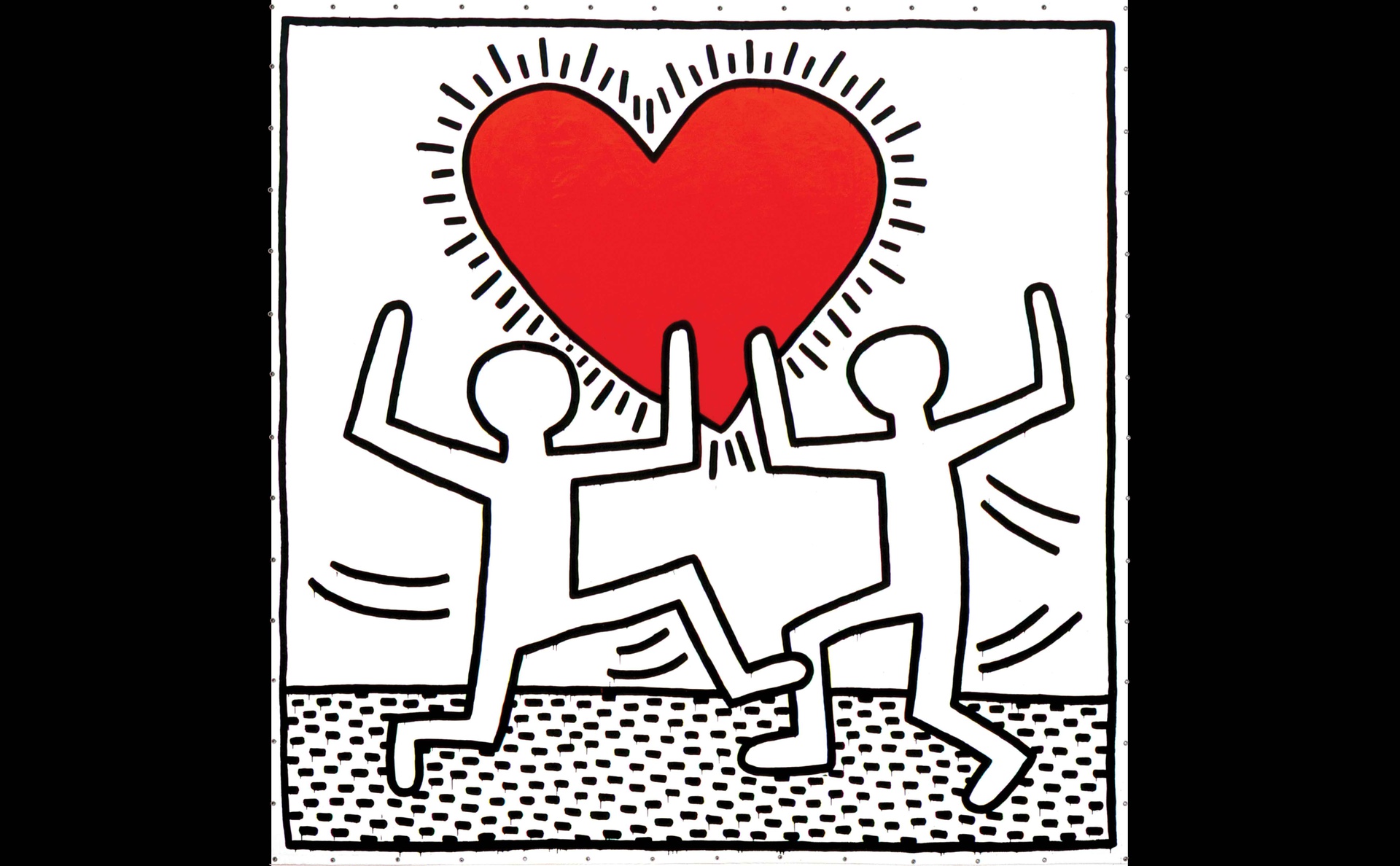 The Rubell Museum today announced its partnership with Brightline, the nation’s first privately funded high-speed intercity railway connecting Miami-Dade, Fort Lauderdale and West Palm Beach. Next month, to celebrate the new Rubell Museum, Brightline will debut a train wrapped with images drawn from Haring’s iconic work in the Museum’s collection, with additional Haring imagery on display in its West Palm Beach station. In conjunction with the Museum’s opening on December 4th, Brightline will connect visitors across South Florida with one of the world’s preeminent collections of contemporary art. All Brightline customers will receive free admission to the Museum by redeeming a special Brightline ticket illustrated with Haring’s artwork.

“We are confident that Keith would be so excited to see his work embracing the Brightline train and throughout the station, as well as to see travel back-and-forth from Miami to West Palm Beach and experienced by thousands of people every day,” said Mera Rubell. “Beginning with his subway drawings, Keith was focused on creating art in public spaces, so we’re thrilled to reconnect his work to public transportation, which was his original canvas. Public accessibility is the very reason that we changed our name to the Rubell Museum to signal to the public that we’re open to all, and why we moved to Allapattah.”

The Rubells became close with Haring at the very beginning of his career, being immediately drawn to his work because of its accessibility and ability to engage people of all ages. The Rubells welcomed Haring into their family, became advocates of his work, and remained close to him until his passing. Presenting his work in Brightline trains and stations marks a return to Haring’s artistic origins, as he created thousands of drawings in New York subway stations in the early 1980s. Haring honed his linear, accessible style during this time – working quickly in stations, he created an inventory of images, with recognizable shapes and symbols that lend an immediacy and universality to his work. Presenting his work in public space where it was accessible to all was central to Haring’s practice. The Rubell Museum’s partnership with Brightline will serve to share his work and connect travelers with arts across the Miami Dade-Broward-West Palm Beach megaregion.

“Brightline is thrilled to connect our community and share the iconic imagery of Keith Haring across the megaregion,” said Patrick Goddard, President of Brightline. “Together with the Rubell Museum, we are excited to showcase that our train system is more than just a stress-free way to travel. It also offers increased mobility to the thriving neighborhoods, arts and cultural institutions across the Miami-Dade, Broward and Palm Beach counties.”

The Rubells changed the name of their institution to the Rubell Museum in order to underscore its public mission, and its move to Allapattah takes the museum closer to downtown Miami and more readily accessible via public transportation. Housed in six former industrial buildings, that have been connected and transformed by Selldorf Architects, the Museum allows the Rubells to present more of their unparalleled collection of contemporary art than ever before, and includes 40 galleries, flexible performance space, an extensive art research library, a bookstore, and an indoor-outdoor restaurant that opens onto a courtyard garden. Located on a 100,000-square-foot campus, the building welcomes visitors through a lush new courtyard garden. Designed by La Casona Garden in collaboration with Juan Roselione-Valadez, the garden was conceived of as a restoration project using plants, many now rare and threatened due to habitat loss, native to the Everglades and the Florida Keys.

Since opening in Wynwood 26 years ago, the Rubells have added many public programs, including a partnership with the Miami-Dade County Public Schools, which engages thousands of students every year, and collaborations with local universities to offer seminars and critiques. The museum also hosts curatorial training internships and artist residencies with the support of the Knight Foundation. In addition to Mera, Don, and Jason Rubell, the museum leadership includes Juan Roselione-Valadez, who is the director of the museum and has been part of the team for 21 years. Jennifer Rubell is an artist living in New York.

The Museum’s inaugural presentation will feature 300 works by 100 artists, drawn entirely from their holdings, including many early acquisitions of Haring’s work. Tracing the Rubells journey through emerging contemporary art centers over the past 55 years, the inaugural installation presents one of the most far-ranging museum exhibitions of contemporary art ever presented. The installation features defining and seminal works by artists whom the Rubells championed as they were first emerging – often becoming the first collectors to acquire their work – and those who were overlooked. With surveys of artists working in proximity to one another and deep dives into individual careers, the exhibition examines influences and reveals parallels among contemporaries and across generations.

Admission to the Rubell Museum will be free for children 18 and under, students, and active military personnel; $10 for Miami-Dade residents and teachers; and $15 general admission. Enthusiasts can easily reach the new Rubell Museum on Brightline, completely car-free. With a quick transfer to the nearby Metrorail from Virgin MiamiCentral, visitors can hop off at the Santa Clara stop, only a short walk from the museum.

Support for the Rubell Museum’s inaugural exhibition is provided by Bank of America, the presenting sponsor.

Brightline is the first privately funded passenger rail system in America in over a century. Brightline is designed to reinvent travel and take cars off the road by connecting city pairs and congested corridors that are too close to fly and too long to drive. Providing fast, efficient, hospitality-driven transportation featuring the latest in customer-friendly amenities, Brightline currently operates in Florida between Miami, Fort Lauderdale and West Palm Beach, with plans to expand to Orlando, Boca Raton, Aventura and PortMiami. The company is also on track to break ground between Las Vegas and Southern California in 2020.