INTERNATIONAL SPY MUSEUM OPENS MAY 12, STEPS AWAY FROM NATIONAL MALL IN WASHINGTON, DC 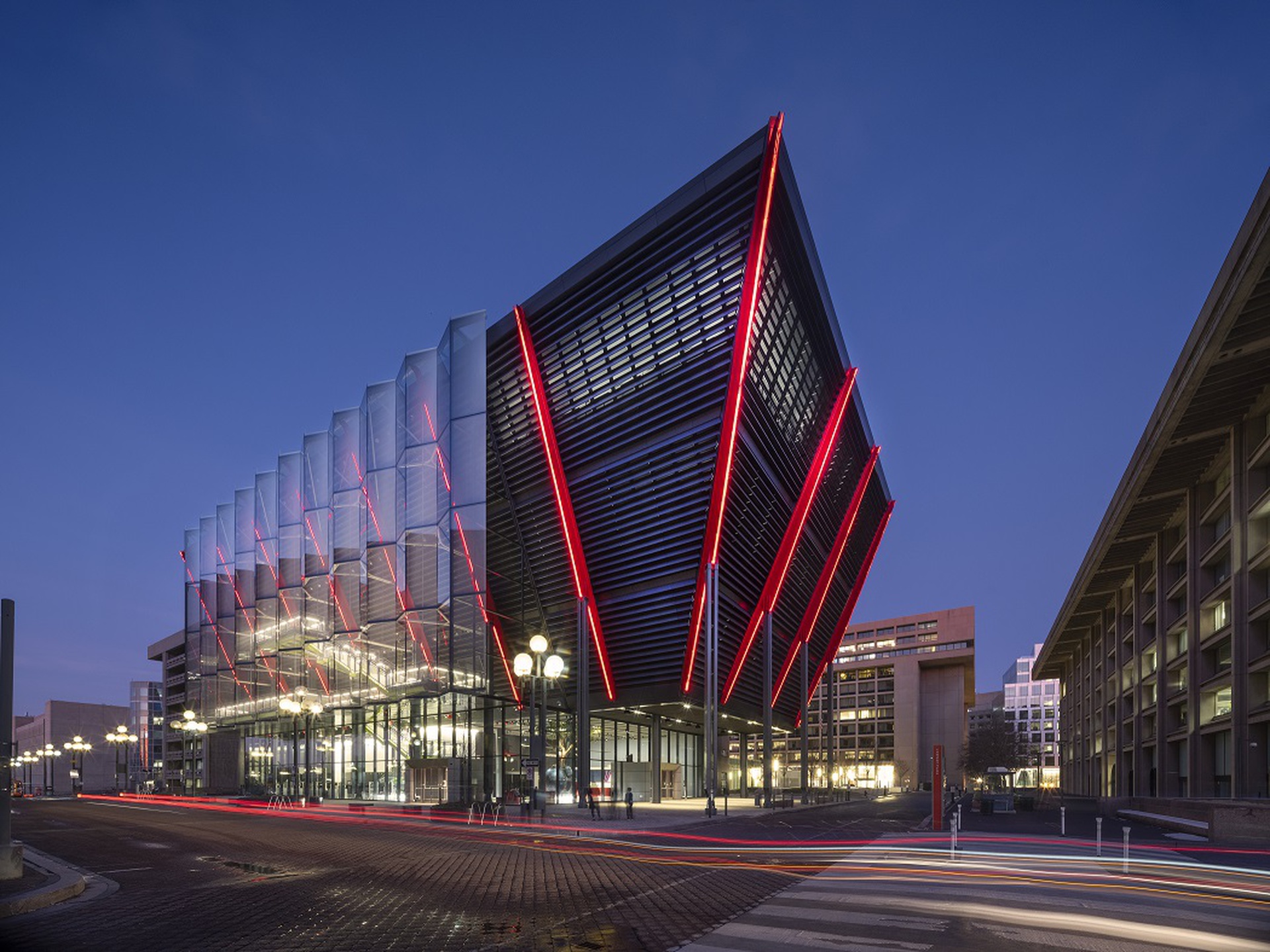 As revelations about espionage, cybersecurity, and surveillance make headlines every day, the International Spy Museum will draw back the curtain on this secret world when it opens in its new home on Sunday, May 12, in Washington, DC. In the Museum’s new 140,000-square-foot purpose-built facility, interactive exhibits and the world’s largest public display of authentic spy tools and gadgets are augmented by first-person accounts from real spies along with RFID technology that invites visitors to undertake their own spy missions. The non-profit Museum dives into the alluring pop culture world of spies that the public knows well, but digs much deeper, exploring and demystifying real intelligence work—often stranger than fiction. Its unparalleled collections and extraordinary stories are designed to engage, inform, and entertain visitors from around the country and across the globe, from school-age children to experienced intelligence professionals.

The new International Spy Museum at L’Enfant Plaza—just steps away from the National Mall and The Wharf—was designed by architect Rogers Stirk Harbour + Partners to provide more than twice the overall floor space of the Museum’s original home. New exhibits showcase the varied ways technology is transforming the craft of intelligence and spying, as well as placing a spotlight on intelligence failures and successes throughout history that have shaped our world. The Museum introduces the public to the nuts and bolts of intelligence work and to spellbinding stories of individual courage, risk, and betrayal. It illuminates the many roles of intelligence professionals, from the gadget makers and intelligence collectors to the codebreakers and scientists. A new gallery takes a close look at the analysts who make sense of incoming information, helping leaders make decisions that can sometimes mean life-or-death.

The International Spy Museum’s staff and Advisory Board include top-ranking members of the Intelligence Community and experts in the field who draw on their decades of experience and first-hand knowledge to inform the Museum’s exhibits and programs.

“The opening of the expanded International Spy Museum could not come at a more important time, as we are confronted by the outcomes of espionage not only for governments, nations, and non-state actors, but the daily lives of everyone across the globe,” said Colonel (Ret) Christopher P. Costa, Executive Director of the International Spy Museum—recipient of two Bronze Stars for intelligence work in Afghanistan, member of the Commando Hall of Honor, and former Senior Director for Counterterrorism at the White House National Security Council. “It’s our privilege at the Museum to responsibly and impartially share the world of spying with the public and give everyone access to the facts behind the intelligence work that shapes our lives and world.”

Spy Museum Founder and Chairman of the Board Milton Maltz observed, “The world of espionage has been transformed since 2002 when we first opened the International Spy Museum and we felt it was vitally important to update and significantly expand the stories we tell and the insights we provide, addressing spying in the post 9/11 world, the growing threat of cyberwarfare, the passionate debate over enhanced interrogation, and operations we could not have even imagined 17 years ago. I welcome everyone to the new International Spy Museum to see for themselves what is at stake.”

The new Spy Museum provides a comprehensive view of intelligence past and present. The expanded exhibits reveal the often overlooked accounts of women and African-American officers and their crucial and largely unknown contributions, from the Revolutionary War to the present. The new Museum explores both US intelligence work as well as the operations and history of espionage agencies around the world, including those in the Middle East, China, and Russia. It also casts its eye across the broad span of human history, from the Trojan Horse and Mongol empire to 21st-century cyberwarfare.

Espionage and intelligence work raises complex ethical and policy questions. The new Spy Museum examines these challenging issues as well, providing unbiased information so visitors can weigh for themselves the delicate balance between secrecy and security, moral questions related to enhanced interrogation, the impacts of propaganda and disinformation, the risks of revealing and keeping secrets, the fates of traitors, and what happens when a government turns the tools of spying against its own citizens.

“Our goal in creating the new museum was to expand the types of stories we tell and the methods we use to tell them in order to create a meaningful and personalized Museum experience,” shared Vice President of Exhibitions and Programs Anna Slafer. “We hope our visitors will walk out of the Spy Museum’s doors empowered by their new knowledge of the intelligence world, understanding its role in our lives and world events—as well as how their oversight responsibilities as citizens can help shape that role.”

The expanded exhibitions in the new Spy Museum tackle a range of new issues and employ new techniques to bring visitors deeper into the world of espionage and intelligence work than ever before.

The new Spy Museum’s permanent collection features more than 7,000 unique artifacts offering visitors the opportunity to come face-to-face with an astonishing new slate of never-before-seen intelligence tools and gadgets. The Museum’s already-impressive collection tripled in size in 2017 thanks to the generosity of Mr. and Mrs. H. Keith Melton, who pledged a donation of their entire personal collection of spy artifacts, the largest in the world.

The International Spy Museum’s new facility was designed by architect Rogers Stirk Harbour + Partners. The building more than doubles the Museum’s education and programming space, including 30 percent more permanent exhibition space; dedicated temporary exhibition space; a flexible learning center with workshop spaces for adults, educators, and students; a fully acoustic-controlled theater for lectures, films, and panel discussions; and many adaptable spaces for programs. The rooftop provides nearly 360-degree views of Washington, DC, from the US Capitol to the Washington Monument to The Wharf, with indoor event space encased in floor-to-ceiling windows for private events and public programs.

About the International Spy Museum

The International Spy Museum is the only museum in the United States dedicated to fostering public understanding of the important role intelligence and espionage have played in shaping our world, and the profound impact of espionage on our daily lives. The Spy Museum is a nonprofit organization completely independent of taxpayer money or government funding. Its mission is to offer an apolitical perspective on espionage and provide visitors with unbiased, accurate information through its educational programs, exhibitions, and resources. Located in Washington DC, the Museum is at the heart of the ever-changing world of international espionage. The original Spy Museum opened in 2002. Its new, expanded building and all-new exhibitions will open on May 12, 2019.

INTERNATIONAL SPY MUSEUM OPENS MAY 12, STEPS AWAY FROM NATIONAL MALL IN WASHINGTON, DC