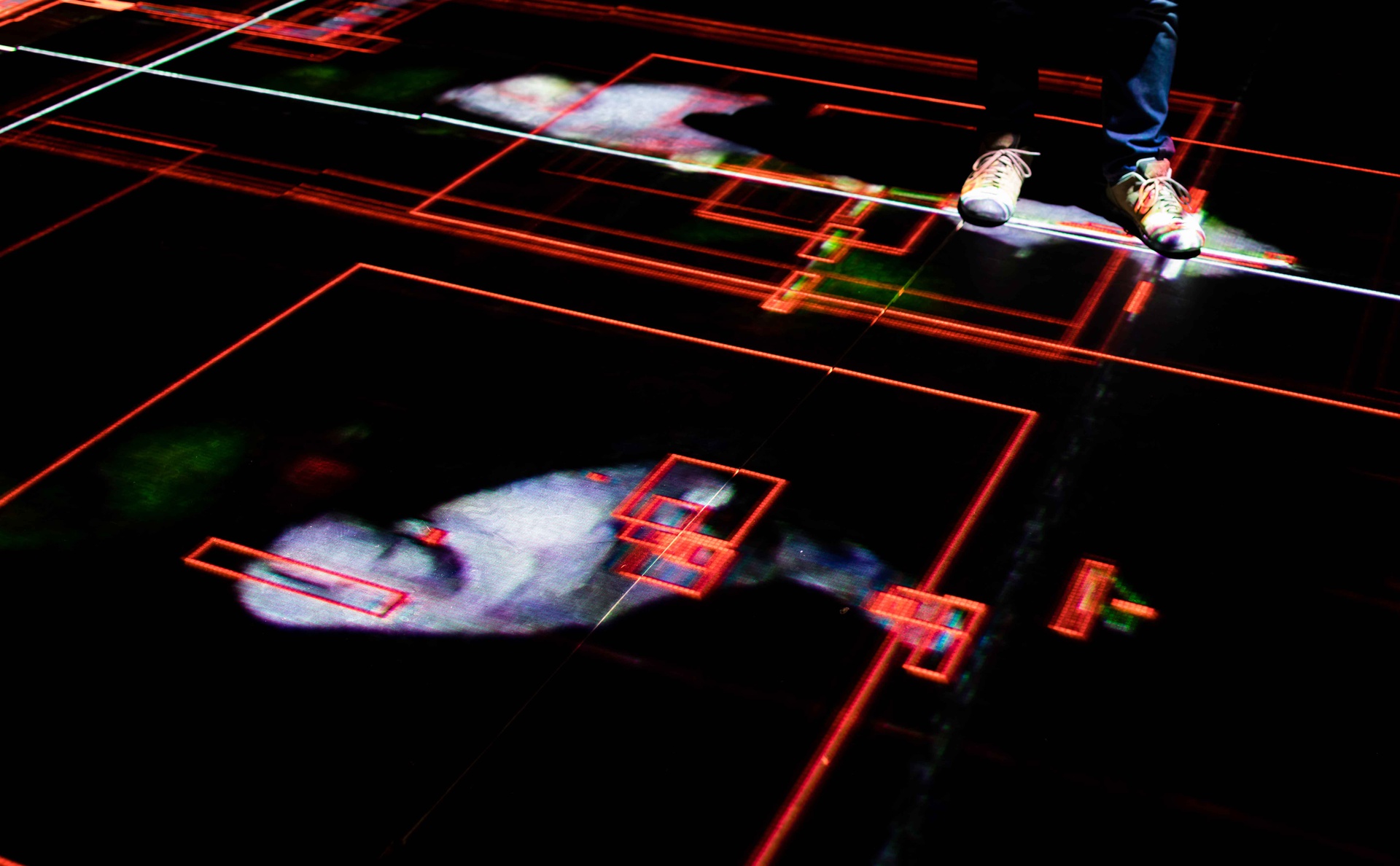 Park Avenue Armory today unveiled a collaborative, site-specific commission by Jacques Herzog, Pierre de Meuron, and Ai Weiwei. The immersive, interactive installation, Hansel & Gretel, fills the Armory’s Wade Thompson Drill Hall and extends into the first floor of the Head House, creating an eerie landscape permeated by modern-day surveillance. Placing visitors in the position of the observed and the observer, the multilayered work submerges audiences in an environment where their every movement is tracked and monitored.

Co-curated by Tom Eccles and Hans-Ulrich Obrist, the project is the 49th Drill Hall engagement to be mounted since Park Avenue Armory transformed the building into a cultural center for unconventional work, and follows such milestone installations as tears become…streams become…by Douglas Gordon and Hélène Grimaud (2014), WS by Paul McCarthy (2013), and the event of a thread by Ann Hamilton (2013) Hansel & Gretel also marks 15 years of collaboration between Herzog, de Meuron, and Ai, who have worked together on the 2012 Serpentine Gallery Pavilion and the National Stadium in Beijing, created for the 2008 Summer Olympics and coined the “Bird’s Nest” for its exterior façade of interwoven steel. Herzog & de Meuron are also currently leading the ongoing revitalization of the Armory’s historic building, thus bringing a depth of knowledge of the Armory’s physicality to this project.

“Hansel & Gretel extends dynamic creative synergies that exist between the practices of Jacques, Pierre, and Weiwei and adds a new dimension to the imaginative, monumental work they’ve created together” said Pierre Audi, the Armory’s Artistic Director. “Weiwei is an artist who has an innate understanding of the impact that built environments have on the artistic experience—as well as the direct experience of being watched 24/7. Jacques and Pierre bring deep experience of the emotional interplay between the public and private domain. Together they provide the ideal complement in pushing each other’s practices.”

The artists conjure up an environment that envelops visitors and transforms them into active elements in the work. Visitors make their way through the Armory’s bunkers and are plunged into darkness until they encounter a 5-foot high bluff filling the cavernous space of the Drill Hall. As they navigate a disorienting terrain, their movement is recorded by infrared cameras, broadcast to a global online audience, and fed back into the installation. A white light follows the path of each individual across the Drill Hall, creating a visual record of visitors’ movements before vanishing into the darkness behind them. With each step, the visitors’ image is projected back onto the floor, becoming interrupted by shadows formed by surveillance drones that periodically survey the Drill Hall. The experience inverts the fairytale of Hansel & Gretel—instead of purposively leaving a trail to avoid getting lost, the surreptitious tracking of visitors makes it impossible to hide their location.

Visitors transition into the role of the observer when entering the Head House, where they will be confronted by their own image as well as streaming footage from the Drill Hall. This “surveillance laboratory” simultaneously serves as a covert monitoring hub that makes participants cognizant of the extent to which they were being watched as well as a forum for visitors to discuss the ethics and societal impact of the growing culture of surveillance. A range of materials on the topics of drones and surveillance technology will be available on iPads with opportunities for visitors to use facial recognition software on themselves and peer back into the Drill Hall through a peephole as others traverse the installation. An accompanying website with additional resources and a live video stream is available via the Armory’s website.

“This project provides a powerful lens for examining surveillance as one of the defining social phenomena of our time and provokes pressing questions about the right to privacy in a hyper-monitored world,” said Rebecca Robertson, Executive Producer and President of Park Avenue Armory. “In this work, Jacques, Pierre, and Weiwei have fostered a robust dialogue with our building to create a thought-provoking, immersive experience that explores how surveillance transforms public space into a controlled environment where individuals forfeit their anonymity.”