After Serving As Director for 20 Years 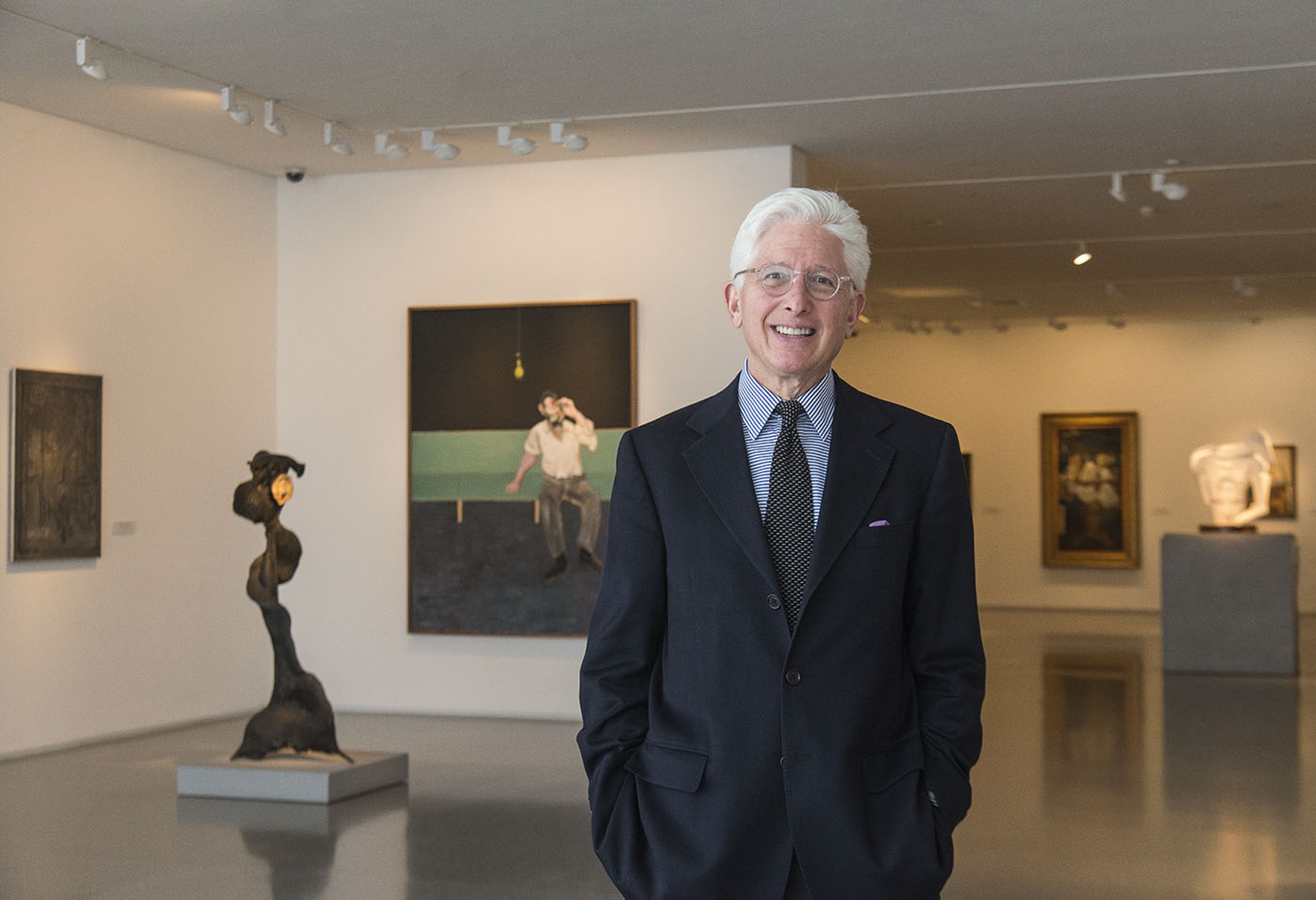 Image
Photo by Elie Posner, Courtesy of the Israel Museum

After Serving As Director for 20 Years

The Israel Museum today announced that James S. Snyder, Anne and Jerome Fisher Director of the Museum, will assume the newly created role of International President for the Museum’s worldwide activities, effective January 1, 2017. In his new capacity, Mr. Snyder will spearhead the ongoing development of the Museum’s extensive international network of Friends organizations, which has played an unprecedented role in the growth of the Museum, its programming, collections, and facilities. Mr. Snyder will also continue his work on building the Museum’s relationships with sister institutions worldwide and will support the Museum’s next director in strategic planning, professional staff development, and program planning.

The Museum has formed a committee that is commencing its search for Mr. Snyder’s successor. Upon the appointment of the new director, effective January 1, 2017, Mr. Snyder will also be awarded the title of Director Emeritus.

“James has transformed the Israel Museum in every way, firmly establishing it as one of the world’s great museums,” stated Isaac Molho, Chairman of the Board of Directors. “His signature leadership and warmth have created an institution that stands as a remarkable living legacy for the people of Israel and the world. His future role as International President will ensure that the Museum continues to strengthen the benefits it provides to the audiences we serve today and for future generations.”

“I want to express my deepest gratitude to all of my colleagues on the staff of the Israel Museum and to our Board of Directors and our International Friends around the world for being such wonderful partners in advancing the success of this amazing institution,” stated Mr. Snyder. “I look forward to continuing our work together in this great and meaningful venture.”

Mr. Snyder joined the Museum as director in 1997, leading it through the most dramatic growth since its founding and strengthening its stature as one of the world’s foremost museums. Under his leadership, annual attendance has grown from 400,000 ten years ago to more than 800,000, and the Museum’s endowment has increased more than fivefold to $200 million. Mr. Snyder also spearheaded a comprehensive series of major infrastructure and architectural upgrades, culminating in 2010 with a $100 million expansion and renewal of the entire Museum, designed to enhance and unify the visitor experience throughout the Museum’s 20-acre campus. That project also included the complete reinstallation of the Museum’s collection galleries, doubling them in scale from 100,000 to 200,000 square feet, while installing 30% fewer works to give clarity to the Museum’s universal narrative.

During Mr. Snyder’s tenure, the Museum greatly expanded its encyclopedic holdings across all of its collecting areas, with the addition of more than 55,000 individual objects, works of art, and collections, culminating with a collection-building campaign during the Museum’s 50th anniversary in 2015, which alone attracted gifts of more than 20 collections numbering several thousand objects and nearly 500 works of art. Among the acquisition highlights during the past two decades have been: in Archaeology, the Renée and Robert Belfer Collection of Ancient Glass and Greek and Roman Antiquity and the Demirjian Family European Bronze Age Collection; in Jewish Art and Life, an illuminated Mishneh Torah of Maimonides (ca. 1457), acquired jointly with the Metropolitan Museum of Art, and the restored 18th Century Tzedek ve-Shalom Synagogue from Paramaribo, Suriname; and, in the Fine Arts, Nicolas Poussin’s “Destruction and Sack of the Temple of Jerusalem” (1625), Rembrandt van Rijn’s “St. Peter in Prison” (1631), the Arturo Schwarz Collection of Dada and Surrealist Art, Jackson Pollock’s “Horizontal Composition” (1949), the Noel and Harriette Levine Collection of Photography, and Gerhard Richter’s “Abstraktes Bild” (1997); together with an active and ongoing program of acquisitions in contemporary art, including site-specific commissions by such artists as Olafur Eliasson, Anish Kapoor, and Doug and Mike Starn.

Mr. Snyder also focused on strengthening the Museum’s regional and international impact, exemplified by an ambitious series of temporary exhibitions in Jerusalem and traveling exhibitions worldwide, extending to North and South America, Europe, and Asia. These have included 50th Anniversary year exhibitions such as A Brief History of Humankind (2015), featuring 14 pivotal objects from across the Museum’s collections from prehistoric times through the present day, complemented by signature works from the Museum’s contemporary holdings, and Twilight over Berlin: Masterworks from the Nationalgalerie, 1905-1945 (2015); and, in recent years, James Turrell: Light Spaces (2014); Dress Codes: Revealing the Jewish Wardrobe (2014); Herod the Great: The King’s Final Journey (2013); A World Apart: Glimpses into the Lives of Hasidic Jews (2012); William Kentridge: Five Themes (2011); Looking for Owners and Orphaned Art (2008), two ground-breaking exhibitions on art looted during World War II; and Surrealism and Beyond (2007), which completed major international tours in 2009 and then again in 2014-15.

Mr. Snyder also fostered the advancement of the Museum’s network of International Friends organizations, helping to expand its presence across 16 countries worldwide and strengthening the Museum’s global foundation of support for building collections and funding annual operations, capital development, and exhibitions, projects, programming, and events for all of the Museum’s diverse audiences worldwide.