Jan Tschichold and the New Typography: Graphic Design Between the World Wars 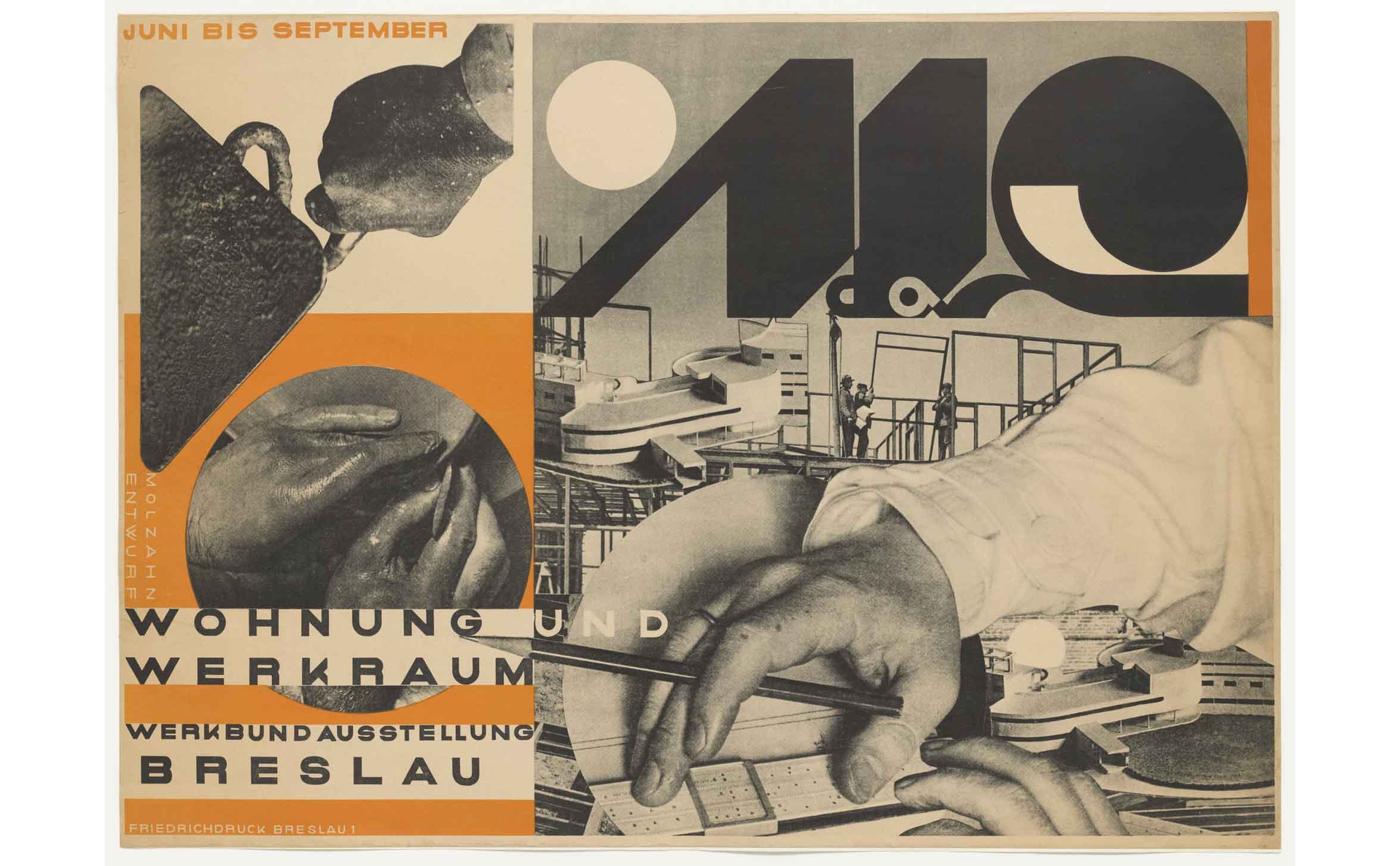 Jan Tschichold and the New Typography: Graphic Design Between the World Wars, a Bard Graduate Center Focus Project on view from February 14 through July 7, 2019, explores the influence of typographer and graphic designer Jan Tschichold (pronounced yahn chih-kold; 1902-1974), who was instrumental in defining “The New Typography,” the movement in Weimar Germany that aimed to make printed text and imagery more dynamic, more vital, and closer to the spirit of modern life. Curated by Paul Stirton, associate professor at Bard Graduate Center, the exhibition presents an overview of the most innovative graphic design from the 1920s to the early 1930s.

While writing the landmark book Die neue Typographie (1928), Tschichold, one of the movement’s leading designers and theorists, contacted many of the foremost practitioners of the New Typography throughout Europe and the Soviet Union and acquired a selection of their finest designs. A substantial portion of his collection, including work by El Lissitzky, Kurt Schwitters, László Moholy-Nagy, and Herbert Bayer, now in the collection of the Museum of Modern Art, will be displayed together for the first time.

The New Typography is characterized by the adoption of asymmetrical layout, sanserif letterforms, and the integration of photography with text in a manner that expressed a new and modern sensibility. Indeed, many of the designers felt that these techniques brought them to the threshold of a new consciousness, attuned to the experience of modern urban life in which new media, technology, and advertising were the shaping influences of the age.

Tschichold’s collection also reveals the key role played by less familiar designers, like Johannes Molzahn, Willi Baumeister, Max Burchartz, and Walter Dexel, in developing a modern graphic design language. In the exhibition, and its accompanying book, Stirton argues that the Bauhaus played a relatively minor role in the movement, especially in contrast to the group of advertising designers known as “The Ring” formed by Kurt Schwitters in 1927. Tschichold and many of his friends and colleagues were members of the Ring, and their exhibitions helped to promote their new ideas.

Jan Tschichold and The New Typography will present more than 120 examples of modern graphic design from the period 1923-1935, including posters, books, magazines, advertisements, business cards, stationery, brochures, and catalogs.

Beginning with Tschichold’s landmark texts “elementare typographie” (1925) and Die neue Typographie (1928), which helped to define the New Typography, the exhibition includes an overview of Tschichold’s career, from his early training in calligraphy and “Blackletter” through his modernist work in the “new typography.” There will also be examples of his later designs for Penguin Books in London where he established one of the most famous house styles for a mass-market publisher. A highlight of the exhibition will be a selection of Tschichold’s film posters for Phoebus Palast in Munich in 1927, then the largest cinema in Germany, which were often produced at a few day’s notice but succeeded in establishing a new approach to film promotion.

The major portion of the exhibition, devoted to the New Typography movement, consists of five themes. The first, “Pioneers of the New Typography,” will display a selection of work by major artist-designers of the early 1910s and ‘20s who anticipated many of the design ideals that were taken up later. Examples by F.T. Marinetti, El Lissitzky, Kurt Schwitters, Theo van Doesburg, John Heartfield, and Aleksandr Rodchenko will be included here.

“Asymmetry and Sanserif Type” will be devoted to the new abstracted layouts that Tschichold identified as a defining feature of the new style. By the mid-1920s, designers began to compose their book covers, advertisements, and posters like abstract paintings, arranging text and imagery in a manner that liberated design from the traditional constraints of symmetry. The use of sanserif letterforms was economical, and expressed “clarity,” according to Tschichold.

The third theme is “Corporate Identity.” German designers were leaders in the field of branding and the ability to imbue a company or association with a clear, unified look through the use of distinctive graphic features like a logo or color scheme that could be repeated throughout the entire organization. The young generation was quick to take this up, believing that their bold and simple designs were well suited to the promotion of modern companies and events. Displayed will be advertisements and publications designed by Piet Zwart for Nederlandsche Kabelfabriek, stationery and promotional material designed by Joost Schmidt for YKO office supplies, and the family of printed materials designed by Johannes Molzahn for the 1929 Deutsche Werkbund exhibition “Wohnung und Werkraum” (Dwelling and Workplace).

“Photography and The New Typography” presents a medium that was already undergoing a revolution with the introduction of the Leica camera and high-speed film. Tschichold and his contemporaries recognized the potential of the so-called New Photography to reveal an objective beauty and clarity in modern life. Photography was not only the most efficient way of depicting the visible world, it offered great potential for graphic communication combining text and illustration in ways that presented a new type of narrative. John Heartfield’s evocative book and magazine covers using photomontage and Willi Baumeisiter’s poster for “Die Wohnung” (The Dwelling) Werkbund exhibition in Stuttgart in 1927 are featured in this section.

“The Technological Age,” the final theme of the New Typography, will demonstrate how designers used innovative techniques to meet the requirements of Germany’s expanding industrial sector. The systematic organization of text, imagery, and statistical data was a key feature of the movement, just as many of the designers saw themselves as “engineers” rather than artists. Graphs, industrial machinery, parts catalogues, business reports, and brochures could all be organized in a manner that was clear and accessible, but the design also expressed an underlying belief that modern life would be directed by new technology.

A fully illustrated book by Paul Stirton, published by Yale University Press, will be available in the Gallery and from the online store.

Jan Tschichold and the New Typography: Graphic Design Between the World Wars