“Photography is the form in which Brancusi speaks about his sculpture.”—Friedrich Teja Bach 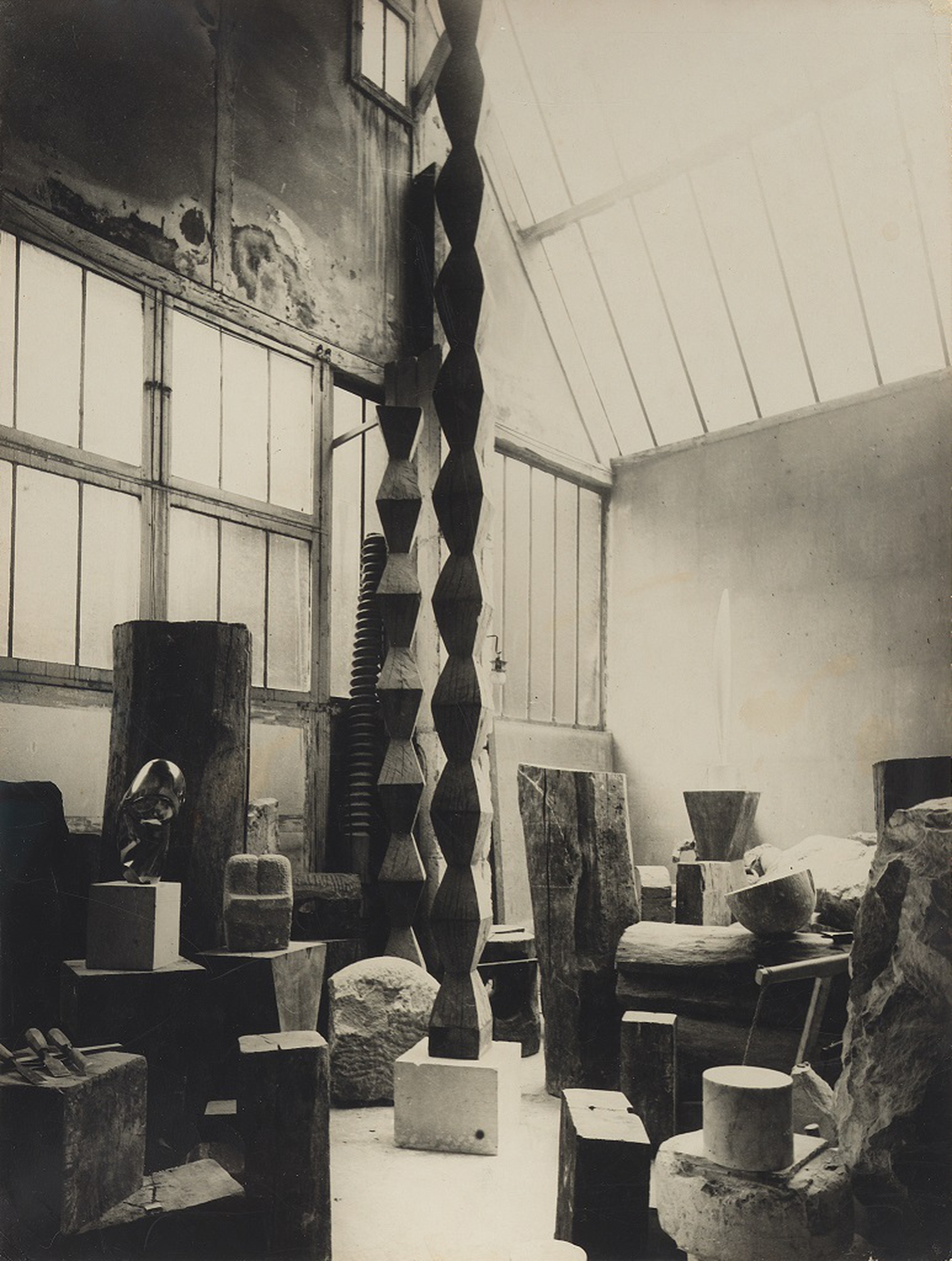 “Photography is the form in which Brancusi speaks about his sculpture.”—Friedrich Teja Bach

Brancusi: The Photographer brings together 30 rare vintage gelatin silver prints spanning two decades that illuminate the significance of photography in the artist’s oeuvre. In 1921, Brancusi began to committedly pursue photography, influenced by his friendship with Man Ray, whose guidance on the technical elements of medium and mastery of the darkroom strengthened Brancusi’s command of the practice. This collaborative dialogue between the two artists led to numerous technical and artistic innovations within and beyond the photographic medium.

Aside from their inherent indexical nature, Brancusi’s photographs reinforce the artists’ intentions for his sculptures. Taken in the intimate, atmospheric environment of his carefully orchestrated studio design at the Impasse Ronsin in Paris, many of the works in the exhibition depict assemblages comprised of Brancusi’s most regarded sculptures, found objects and material fragments. They demonstrate the artist’s investment not only in the sculptures as individual entities but also in their relationship to one another in the context of a synthesized tableau. These ‘group mobiles’ create narrative juxtapositions amongst the rooms’ dramatic pitches of light and shadow, allowing Brancusi to emphasize salient elements of his work and recontextualize their forms.

Brancusi: The Photographer marks the 30th anniversary of the exhibition Brancusi: Photographs, which was the inaugural show at Paul Kasmin Gallery upon it’s opening in 1989.