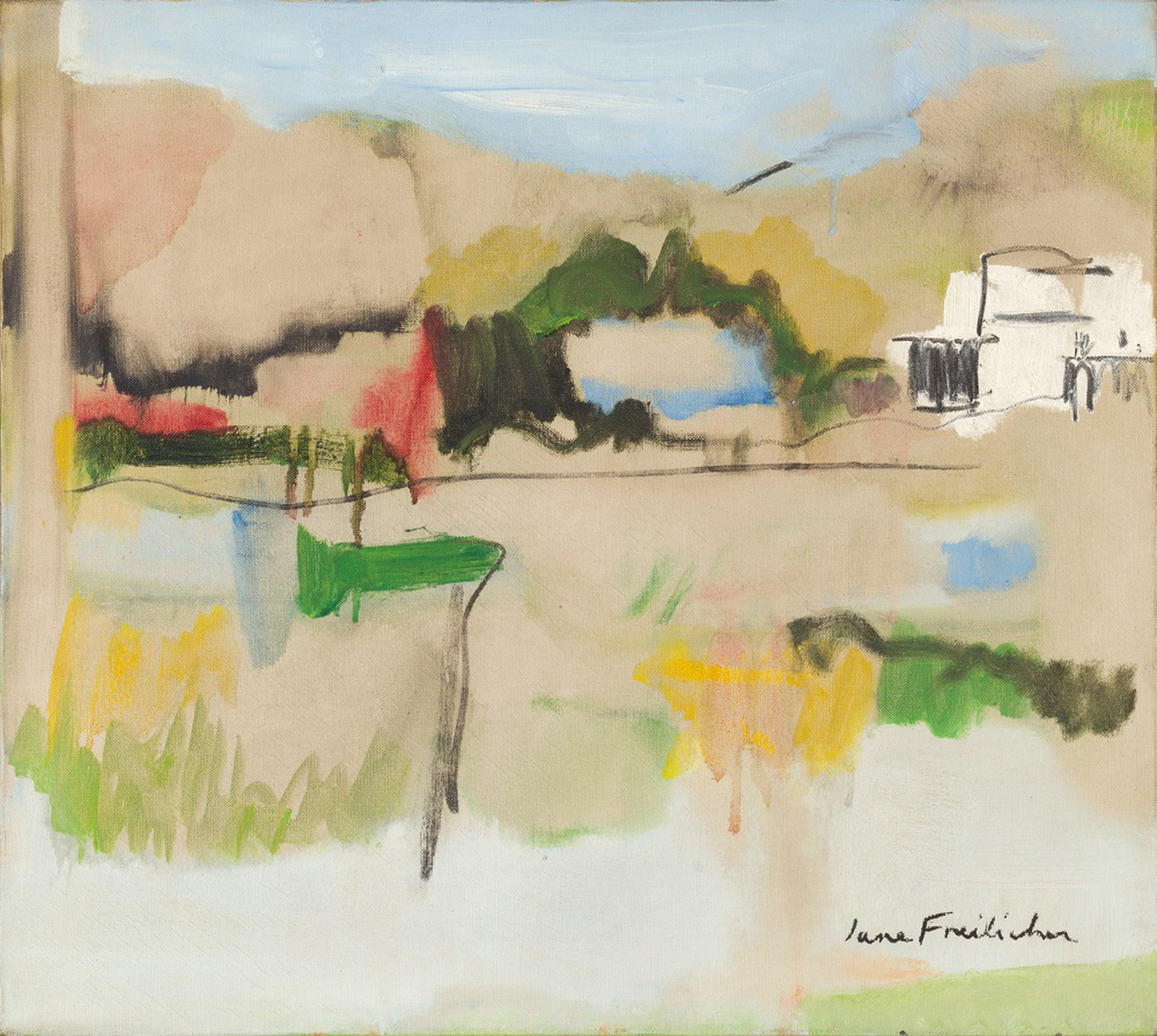 Artists have historically converged on Long Island seeking inspiration from the landscape and an escape from their confined urban studios, while still retaining access to the energy of New York City. With the mass influx of the European avant-garde following the onset of World War II and the subsequent establishment of the New York School, a thriving and collaborative artist-based community was born in the East End.

The Hamptons of the New York School was untamed, inexpensive, and a bastion of bohemian living. The opportunities provided by the area’s open spaces were developmental for the painters who set up there not only because of their practical advantages—larger studios, relative quiet—but for novel subject-matter that allowed for contemplations of the horizon, rural landscapes, and bodies of water, nodding to the lineage of the Romantic sublime.

Perhaps most crucial for these artists was their shared inspirations which led to a new model of community, differing in both structure and character from the frenetic energy of lower Manhattan. Such a social scene was integral to both the personal and artistic lives of the artists represented in the exhibition. Helen A. Harrison, Director at the Pollock-Krasner House and Study Center in East Hampton, says of the period: “The painters who gravitated to Long Island's South Fork in the mid-twentieth century were a far more varied group than the earlier art colonists, who came primarily for the picturesque scenery. They ran the gamut from landscape painters to Surrealists, Abstract Expressionists, and Pop artists, so it's clear that many were motivated by factors other than subject matter. Perhaps even more important than the beautiful surroundings and the ease of access from New York City was the magnetism of association, as artists attracted one another to form a vibrant creative community that continues to thrive today.”