Kasmin is pleased to announce the representation of Matvey Levenstein. 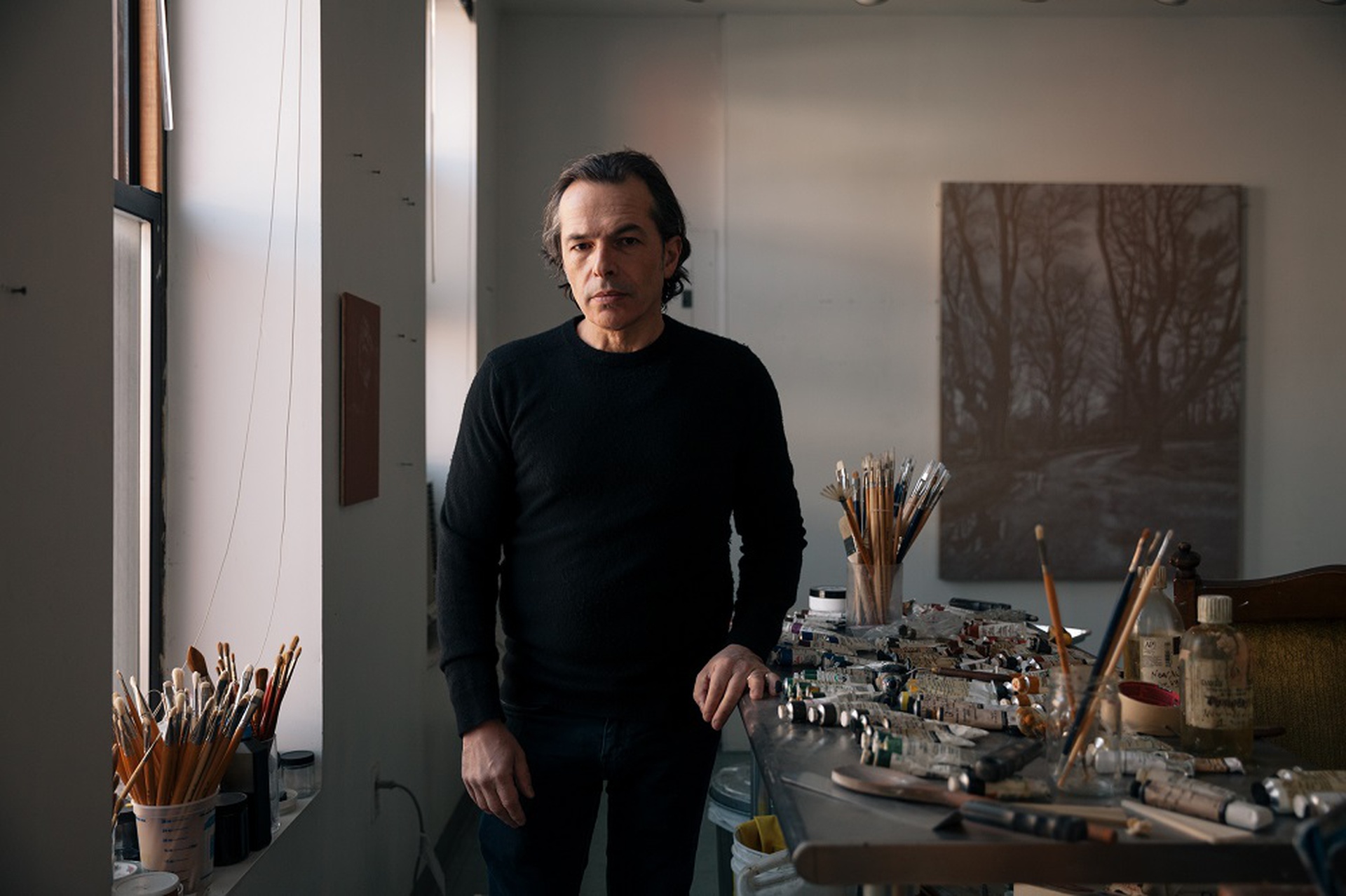 Image
Portrait of Matvey Levenstein in his studio, 2019. Photography by Diego Flores.

Kasmin is pleased to announce the representation of Matvey Levenstein.

Matvey Levenstein’s paintings explore themes of history and representation, speaking to the relevance of Romanticism in the 21st Century. His quiet meditations are filtered through the most traditional painterly genres—the landscape, the still life, and the portrait—and are imbued with a distinctly literary sensitivity. A sincere engagement with nature, combined with the prevalent cinematic aspects of Levenstein’s work, call to mind radical 20th-century filmmakers such as Andrei Tarkovsky and Ingmar Bergman.

Levenstein’s interest in sites that have a largely unexplored historical significance has led him to old pilgrim cemeteries and to views towards Gardiners Bay. Beginning with snapshots, Levenstein is able to quickly capture a scene’s formal properties before beginning his material investigation. Working with a limited palette on toned grounds, Levenstein’s distinctive compositions are characterized by the layers of paint built up and scraped back slowly and meticulously over many months, and their foregrounding of nature in all its dramatic variety: the looming power of a stormcloud, tree branches dissecting a winter sky, and more quietly, a vase of cut flowers sitting on a dinner table.

Matvey Levenstein was born in 1960 in Moscow, U.S.S.R., and lives and works in New York City and Orient, NY. He received his M.F.A. at Yale School of Art, New Haven, CT, after attaining a B.F.A. from the School of the Art Institute of Chicago, Chicago, IL, and the Moscow Architectural Institute, Moscow, U.S.S.R. He has mounted solo exhibitions at Galleria Lorcan O’Neill, Larissa Goldston Gallery, and Jack Tilton Gallery. Levenstein teaches at the School of Visual Art, New York, NY. He will be included in the forthcoming publication “Landscape Painting Now” by Todd Bradway.