Kasmin is proud to present an exhibition of three monumental sculptures by Robert Indiana (1928-2018) to be exhibited on the gallery’s rooftop sculpture garden, on view from The High Line at 27th Street, from May 2019. Additional works will accompany the rooftop exhibition in Gallery 3, High Line Nine. 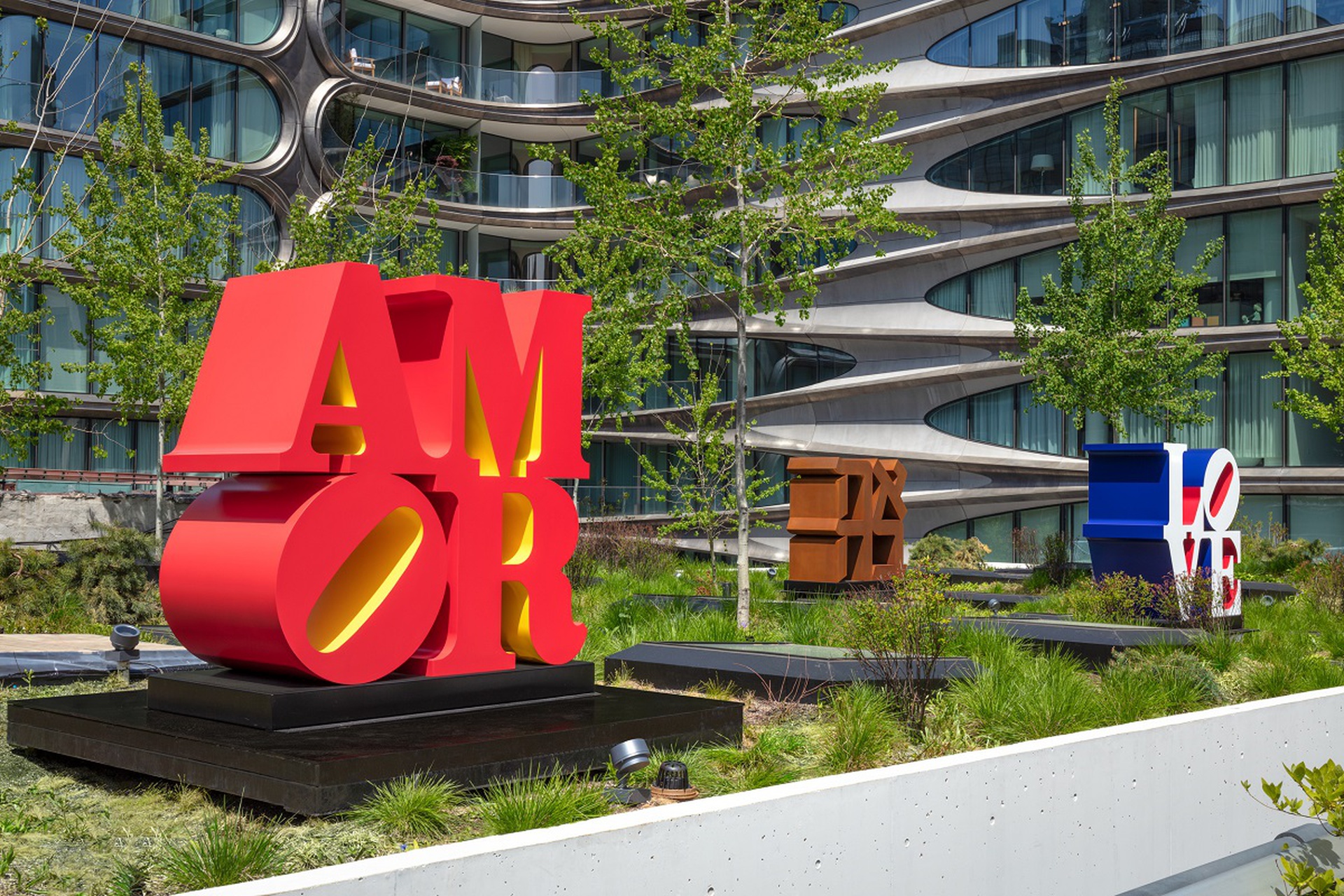 Kasmin is proud to present an exhibition of three monumental sculptures by Robert Indiana (1928-2018) to be exhibited on the gallery’s rooftop sculpture garden, on view from The High Line at 27th Street, from May 2019. Additional works will accompany the rooftop exhibition in Gallery 3, High Line Nine.

Each of the three works is an iteration of Indiana’s iconic LOVE series, articulated in three languages: English, Spanish, and Hebrew, or LOVE, AMOR, and AHAVA. The works represent three of New York’s most historic and influential dialects, celebrating immigration and lingual diversity in one of the most visited public art spaces in the city.

This is the first time the three works have been shown together, and the first significant exhibition of Indiana’s sculpture since 2018’s Robert Indiana: A Sculpture Retrospective at Albright-Knox, Buffalo, NY.

AHAVA is realized in cor-ten steel, LOVE is colored blue, red, and white, and AMOR a striking red and yellow. The works all have significant provenance: an iteration of AHAVA is on permanent display at the Israel Museum in Tel Aviv, Israel, as a memorial tribute to Bishop James A. Pike; AMOR has stood in the National Gallery of Art Sculpture Garden, Washington D.C.; and LOVE has been installed in several major cities across North America, Europe, Asia.

The publicly-sited Kasmin Sculpture Garden continues the gallery’s long-standing dedication to the medium. Since October 2018, the exhibition programme has put on view monumental works by Max Ernst and Joel Shapiro.