Kasmin is pleased to announce Levity/Density, an exhibition of sculptural masterworks opening on July 11, 2019, in the gallery’s flagship location at 509 West 27th Street. Spanning 1960 – 2018 and including seven internationally acclaimed artists, the presentation muses on the dichotomy between the formidable mass that constitutes each work’s physicality and the resulting evocation of levity and vitality. 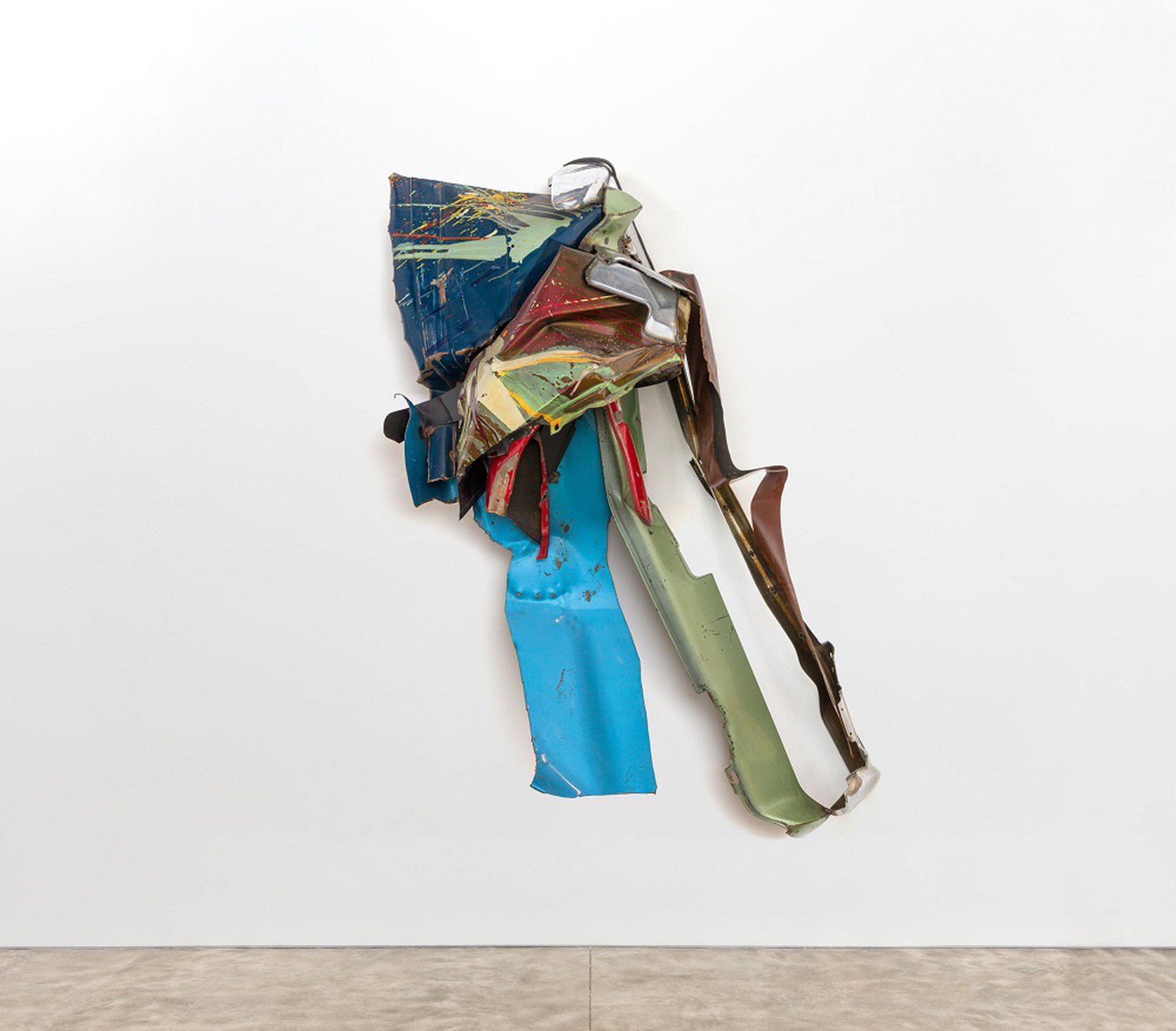 Kasmin is pleased to announce Levity/Density, an exhibition of sculptural masterworks opening on July 11, 2019, in the gallery’s flagship location at 509 West 27th Street. Spanning 1960 – 2018 and including seven internationally acclaimed artists, the presentation muses on the dichotomy between the formidable mass that constitutes each work’s physicality and the resulting evocation of levity and vitality.

One of the early innovators of kinetic sculpture, George Rickey articulates his acute sensitivity to movement as the aptest mode for expression with Two Lines Up Excentric Gyratory II, 1998. Meticulously constructed so the slightest change in air current activates a sequence of graceful gestures, the object achieves a sense of weightlessness that obscures the immediate recognition of its stainless steel structure.

Joel Shapiro's Untitled, 2014, is an archetype of the artist's distinct configuration of simplified forms into dynamic compositions. Realized in bronze and on an impressive scale, Untitled, 2014, encompasses six cuboid elements, characteristically arranged such that it recalls a figure caught in spontaneous balletic movement.

Alexander Calder’s mobile sculpture, PADS AND SHOOTS, 1966, is a signature example of the artist’s pioneering investigations into color and motion. With its brilliantly red, leaf-like forms extending outward on wire branches, the work is filled with allusions to nature, akin to a number of the artist’s most celebrated works such as Arc of Petals,1941 (Solomon R. Guggenheim Foundation, Peggy Guggenheim Collection, Venice.) The dancing figures, rotating around a central axis, are suggestive of the kinetic laws that govern the universe. Suspended from the ceiling but hanging close to the floor, the work demands only the slightest change in atmosphere to respond with graceful motion. A small-scale sculpture from the same period, Three Low Feathers, 1967, will also be on view.

Alicja Kwade’s Unbestimmter Tausch (indefinite exchange), 2014, emerges from the artist’s ongoing investigation into the cosmological concept of the multiverse. One elegant tree branch and its perfect copy in cor-ten steel lean against the wall, mirrored in their orientation. The striking simplicity of the work's final composition belies the complexity of its technical rigor. Unbestimmter Tausch (indefinite exchange) directly underscores the dichotomy between the industrial steel that constitutes one element and its natural counterpart, further manifesting Kwade's poetic inquiry into time and ontology.

Few works in David Smith’s revolutionary oeuvre better illustrate the artist’s concept of ‘drawing in space’ than Volton XIV I, 1963, in which Smith welded together robust steel elements into a lyrically balanced and refined totem. Working in a complementary manner, Mark di Suvero has mastered the alchemy of transforming industrial media into dynamic surfaces and elegant compositions that defy an object’s inherent mass, as manifested in Untitled, 2018.

Druid's Cluster (Swish), 1975, by John Chamberlain, is a noteworthy example of the artist’s distinct approach and technical prowess, in which he recomposes discarded, warped car metal into strikingly expressive intersecting forms.