Kasmin To Publish "Stuart Davis: Self Portrait" in Fall 2020 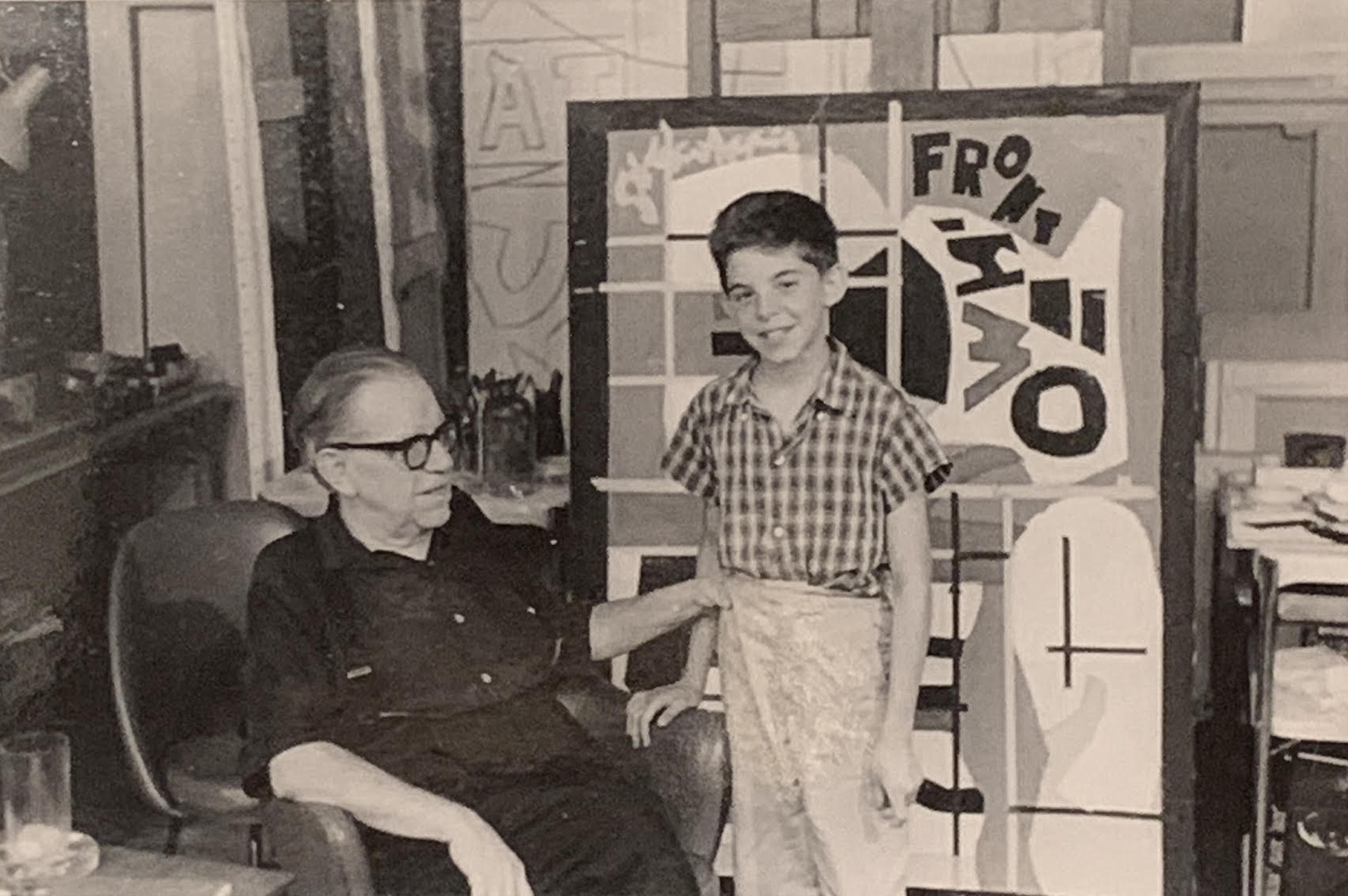 Edited by the artist’s son, Earl Davis, and designed by Tod Lippy, creator of the award-winning arts annual Esopus, Stuart Davis: Self Portrait will provide a rare and intimate study of the life and work of the celebrated Modernist painter through a collection of previously unseen archival material. Due for publication in fall 2020, the book will include a foreword by Earl Davis and will be consulted upon by Priscilla Vail Caldwell, advisor to the Estate.

With the inclusion of personal correspondence, family photographs, sketchbooks, calendar pages, diary extracts, early drafts of articles by Davis, and other ephemera, Davis and Lippy build an immersive, layered and nuanced portrait of Stuart Davis (1892 – 1964), one of the preeminent figures of the American Modernist movement. Over the course of his prolific career, which spanned the early 20th century through the post-war era, Davis developed a distinct visual language that fused Cubism and high art with his own pioneering motifs of consumerism and the syncopated rhythms of jazz.

Tod Lippy says, “It’s thrilling to have the opportunity to explore this amazing archive with Earl Davis and present a selection of its contents in book form. These letters, notebook entries, sketches, and other ephemera offer unprecedented access to the fascinating mind of one of the most important artists of the 20th century, and they will undoubtedly offer important new perspectives on his practice as a painter, writer, and activist.”

Under Lippy’s sole editorship, the nonprofit Esopus Foundation Ltd. published Esopus from 2003 to 2018. The magazine commissioned projects of artists all over the world and was unique in its tactility and emphasis on rarely seen, idiosyncratic content from a wide range of creative disciplines. Beyond the magazine, the Esopus Foundation continues its dedication to creating an unfiltered space in which artists and the public can interact in meaningful, productive ways. Lippy brings this exceptional commitment to research, curation, and creative production to Stuart Davis: Self Portrait.

Caldwell is an independent curator and advisor based in New York City. Caldwell is a member of the board at SculptureCenter in Long Island City and sits on the Advisory Committee at Northwestern University’s Block Art Museum. She earned her Master’s of Art History at Williams College—where she and Lippy were classmates—and is a past recipient of the Kress Foundation Grant.

Kasmin To Publish "Stuart Davis: Self Portrait" in Fall 2020