Endowment of curatorial position made possible by $2.5 million donation from Boone Family

The High Museum of Art today announced the appointment of Katherine Jentleson as the Museum’s new Merrie and Dan Boone Curator of Folk and Self-Taught Art. Jentleson will be the first fully endowed curator to hold this position following a $2.5 million gift in 2014 by Atlanta-based patrons Dan Boone and his late wife Merrie Boone to support folk and self-taught art initiatives at the High. 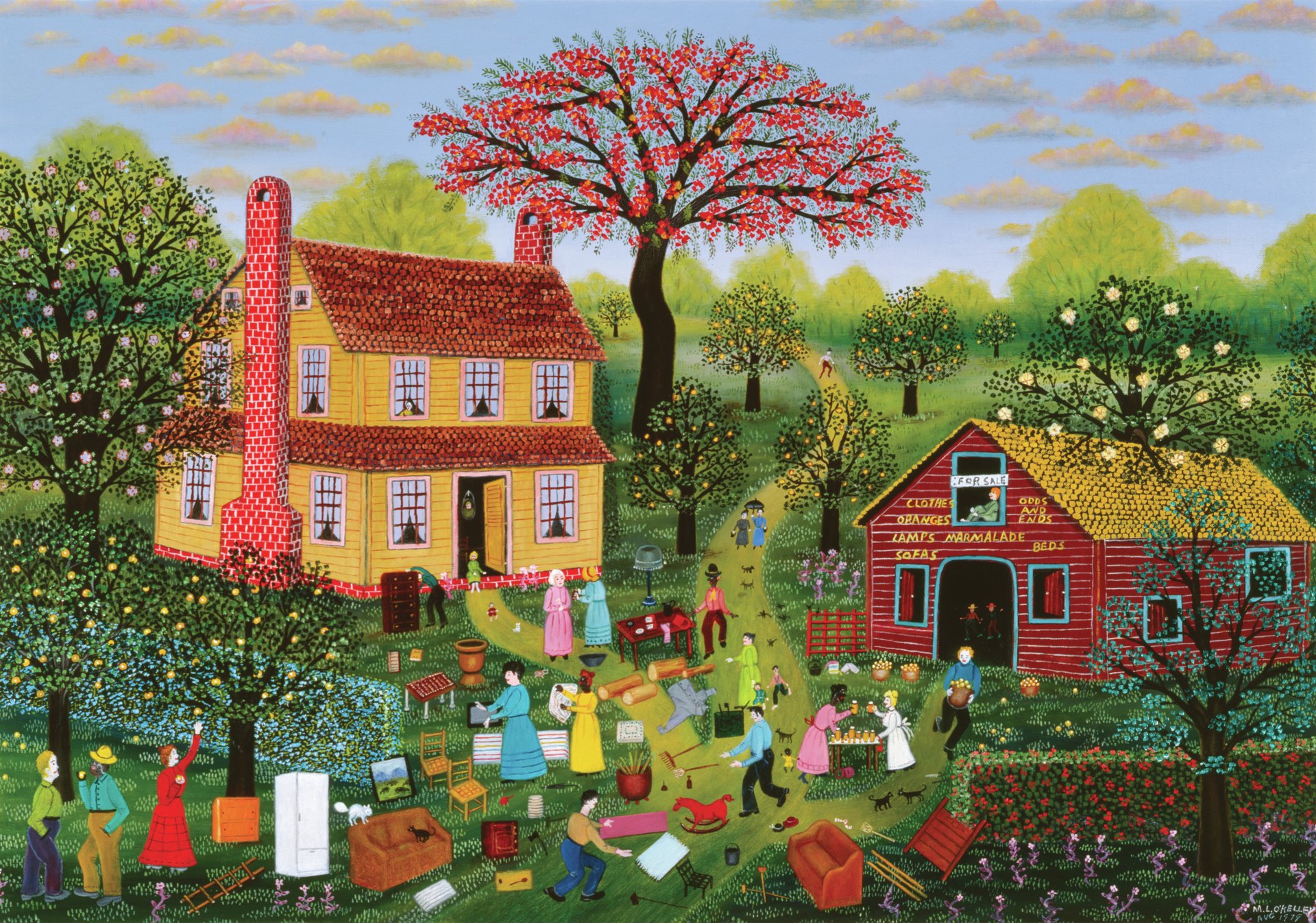 Endowment of curatorial position made possible by $2.5 million donation from Boone Family

The High Museum of Art today announced the appointment of Katherine Jentleson as the Museum’s new Merrie and Dan Boone Curator of Folk and Self-Taught Art. Jentleson will be the first fully endowedcurator to hold this position following a $2.5 million gift in 2014 by Atlanta-based patrons Dan Boone and his late wife Merrie Boone to support folk and self-taught art initiatives at the High.

In addition to spearheading the development of special exhibitions and programming, Jentleson will oversee the Museum’s renowned folk art collection, recognized as one of the most significant public repositories of this genre in the world. Jentleson is a Ph.D. candidate in art history at Duke University and the 2014–15 Douglass Foundation Predoctoral Fellow in American Art at the Smithsonian American Art Museum. She will join the High on Sept. 8, 2015.

“I am thrilled that Katherine will be joining our curatorial staff,” said David Brenneman, the High’s director of collections and exhibitions. “Katherine’s rich and varied experiences as a museum professional and scholar make her well-positioned to guide the growth of the department and exhibition program, while also utilizing emerging technologies to deeply engage our audiences with the folk and self-taught art collection.”

Currently, Jentleson is completing her dissertation on the rise of self-taught American artists in the first half of the 20th century. While studying for her Ph.D., Jentleson held positions at the American Folk Art Museum in New York City, where she managed content for the microsite of the nationally traveling exhibition “Self-Taught Genius” and helped to organize a September 2013 symposium on Bill Traylor. In 2011–12, Jentleson served as a curator for “Eat, Pray, Weave: Ancient Peruvian Art from the Nasher Collection” and curatorial assistant for the exhibitions “Angels, Devils and The Electric Slide: Outsider Art from the Permanent Collection” and “Time Capsule, Age 13 to 21: The Contemporary Art Collection of Jason Rubell” at the Nasher Museum of Art in Durham, N.C. She has also shared her research through public lectures and conference presentations, most recently in Louisville, Ky., and Daegu, South Korea.

With funding from an Andrew W. Mellon Foundation Humanities Writ Large grant, Jentleson co-designed and administered the browser-based art trading game “Fantasy Collecting,” which has been utilized in both museum and classroom settings. Before returning to graduate school in 2010, Jentleson was assistant editor at Art + Auction magazine and a founding member and vice president of analytics for Art Research Technologies (ART), a start-up firm that published art market research in The Wall Street Journal. Her recent publications include the essays “Cracks in the Consensus: Outsider Artists and Art World Ruptures” in “When the Stars Begin to Fall: Imagination and the American South” (Studio Museum in Harlem, 2014) and “Herbert Singleton” in “Prospect.3: Notes for Now” (Prospect.3 New Orleans, 2014). In 2013, Jentleson’s essay “Not as Rewarding as the North: Holger Cahill’s Southern Folk Art Expedition” was awarded first prize for graduate student research by the Archives of American Art and The Dedalus Foundation.

The High established its folk and self-taught art department in the early 1990s, and the Museum is distinguished as the first general museum in North America to have a full-time curator devoted to the genre. In addition to endowing this permanent, full-time curatorial position, the $2.5 million gift from Dan and Merrie Boone will contribute to the continued growth of the Museum’s folk and self-taught art exhibition program, conservation efforts, and collection in this field.

“I feel confident that Katherine has the training, the passion and the personality to lead the High towards achieving our goal of assembling the world’s preeminent collection of Southern self-taught and folk art,” said Dan Boone. “The High’s outstanding collection in this field combined with Katherine’s talent will enable the Museum to further develop a curatorial program that spurs new scholarship and raises appreciation of this important American genre.”

The nucleus of the High’s holdings of folk and self-taught art is the T. Marshall Hahn Collection of folk art, donated in 1996, and Judith Alexander’s gift of 130 works by Atlanta artist Nellie Mae Rowe. The department also features works by such renowned artists as Bill Traylor, Thornton Dial, Ulysses Davis, Sam Doyle, William Hawkins, Mattie Lou O’Kelley and Louis Monza as well as the largest collection of works by Georgia’s Howard Finster outside of the Paradise Garden in Summerville, Ga. The collection of almost 800 objects also boasts superb examples by celebrated artists from beyond the South, such as Henry Darger, Martin Ramírez and Joseph Yoakum.

“We are living in a moment when museums all over the world are looking with renewed interest at the work of American, and especially Southern, self-taught artists, but the High has been collecting and exhibiting this irrepressible art for decades,” said Jentleson. “Thanks to the support of the Boone family, I look forward to leading a new era in the High’s longstanding support of those visionary artists whose masterpieces importantly broaden our understanding of who can be considered an artist in America and on what terms.”