Key Works from Gilcrease Collection on View at Museums Around the U.S.

With Gilcrease closed for construction of its new museum building, audiences have opportunities to view important works from its unparalleled collection of art of the Americas at the Metropolitan Museum of Art, de Young Museum, Crystal Bridges Museum of American Art, and the National Cowboy & Western Heritage 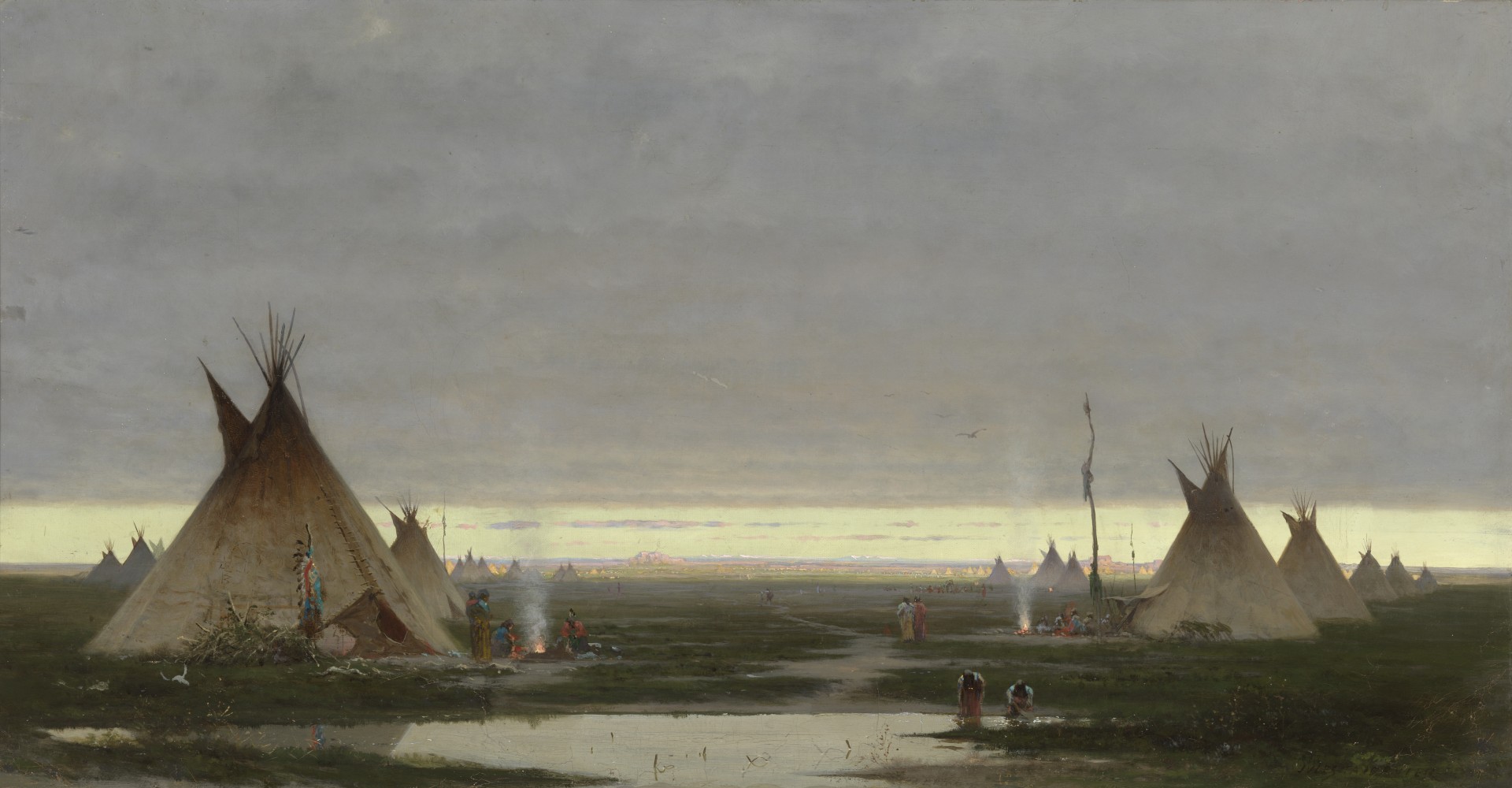 With Gilcrease Museum in Tulsa, OK temporarily closed for the construction of its new building, audiences have the opportunity to view key works from its unrivaled collection in museums across the country. Works from Gilcrease's collection, which includes the world’s largest public holding of art of the American West as well as historical and contemporary objects representing hundreds of Indigenous cultures across North and South America, will be on view at the Metropolitan Museum of Art, de Young Museum, Crystal Bridges Museum of American Art, and the National Cowboy & Western Heritage Museum.

Advancing Gilcrease’s mission to expand access to and understanding of the rich cultural heritage of the Americas, works on loan range from John Wesley Jarvis’ Black Hawk and His Son Whirling Thunder (1833) and Watching the Breakers (1891) by Winslow Homer, to La Anunciación del Nahual (1946) by José Chávez Morado and Willard Stone’s Our Atomic Baby (1946).

Gilcrease Museum closed to the public in summer 2021 to make way for entirely new facilities and a reimagining of the museum from the ground up. The new 83,500-square-foot building will create new opportunities for Gilcrease to explore broad, complex stories of American history, art, and culture. The re-envisioned museum will present a much-improved visitor experience and state-of-the-art exhibition space, allowing Gilcrease to utilize its collections to tell a richer, more nuanced story of American history and culture, offering multiple perspectives and exploring the relevance of the past to today through a mix of art, archeology, and history representing America’s diverse populations.

“As we create a new Gilcrease, we have an opportunity to share treasures from our collection with museums around the country,” said Susan Neal, Executive Director, Gilcrease Museum. “For many people, this will be an introduction to Gilcrease's collection, and we hope it will inspire them to visit the new Gilcrease when it reopens in 2024 and immerse themselves even more deeply in the stories of the Americas as told through the lens of our collections.”

Thirteen paintings and one sculpture from Gilcrease's collection, spanning the mid-19th through mid-20th centuries will be on long-term loan to Crystal Bridges Museum of American Art in Bentonville, AR, on view at various times through October 2024:

“Crystal Bridges is honored to share Gilcrease's collection with our visitors. These exceptional paintings and sculpture complement our collections and will be show-stoppers in the galleries,” said Mindy N. Besaw, Curator of American Art and Director of Fellowships and Research at Crystal Bridges Museum of American Art. “Albert Bierstadt’s dramatic Sierra Nevada Morning will be placed in conversation with Frederic Church, John Francis Cropsey, and other Hudson River School artists. Works by Willard Stone and Ila McAfee fill gaps in our stories of modern American art. We also look forward to featuring Charles Schreyvogel, Thomas Eakins, and Charles Russell in a small, focused exhibition about the American West in 2022. We look forward to further collaboration and partnerships sparked by this loan.”

Seventeen paintings and two sculptures from Gilcrease's collection, spanning the mid-19th through mid-20th centuries will be on long-term loan to the National Cowboy & Western Heritage Museum in Oklahoma City, OK, on view at various times through October 2024:

“Given the breadth and depth of Gilcrease’s collection, we made selections based on the gaps in our permanent collection so as to tell a more comprehensive and inclusive story about art of the American West during the 19th and early 20th centuries. In order to give these fine works of art from Gilcrease an appropriate ‘stage,’ we are deinstalling our contemporary Western art gallery and using that gallery to highlight these works as Treasures from Gilcrease Museum while we have them in our museum,” said Michael R. Grauer, McCalsland Chair of Cowboy Culture, and Curator of Cowboy Collections and Western Art at the National Cowboy and Western Heritage Museum.

About Gilcrease Museum
The Thomas Gilcrease Institute of American History and Art, known as Gilcrease Museum, houses a comprehensive and interdisciplinary collection of more than 350,000 items reflecting the art, culture, and history of North America. The museum represents hundreds of Indigenous cultures from across North and South America, with works of art and material culture from 200 BCE to today. The collection includes more than 350 years of American paintings, sculptures, and works on paper, including the largest public holdings of art of the American West. The museum is owned by the City of Tulsa, which has partnered with The University of Tulsa to manage the museum. To learn more about Gilcrease Museum, please visit gilcrease.org.

About the Helmerich Center for American Research
The Helmerich Center for American Research at Gilcrease Museum houses the Gilcrease Library and Archive, a collection of more than 100,000 manuscripts, photographs, maps, rare books, print portfolios, and broadsides related to the history of America from the 15th–20th centuries, from the Spanish arrival in the Americas, to the New England colonies and Westward settler expansion, to the experiences of America’s native peoples. Through innovative research, institutional collaborations, publications, educational programming, digital services, visiting scholars’ programs, and research fellowships, the Helmerich Center for American Research is dedicated to enhancing our understanding of human society and culture. As an institute for collections-based research, the center supports and creates opportunities for research and scholarship in the humanities, and hosts visiting faculty, students, and scholars from around the world at its 25,000 square-foot-facility.

Key Works from Gilcrease Collection on View at Museums Around the U.S.