Landmark Hassan Sharif Retrospective to be Presented in November 2017

Featuring a Complete Installation of the Artist’s Studio and Never-Before-Seen Late Works, Comprehensive Survey Traces His Experimental Practice and Enduring Influence on Contemporary Art in the United Arab Emirates 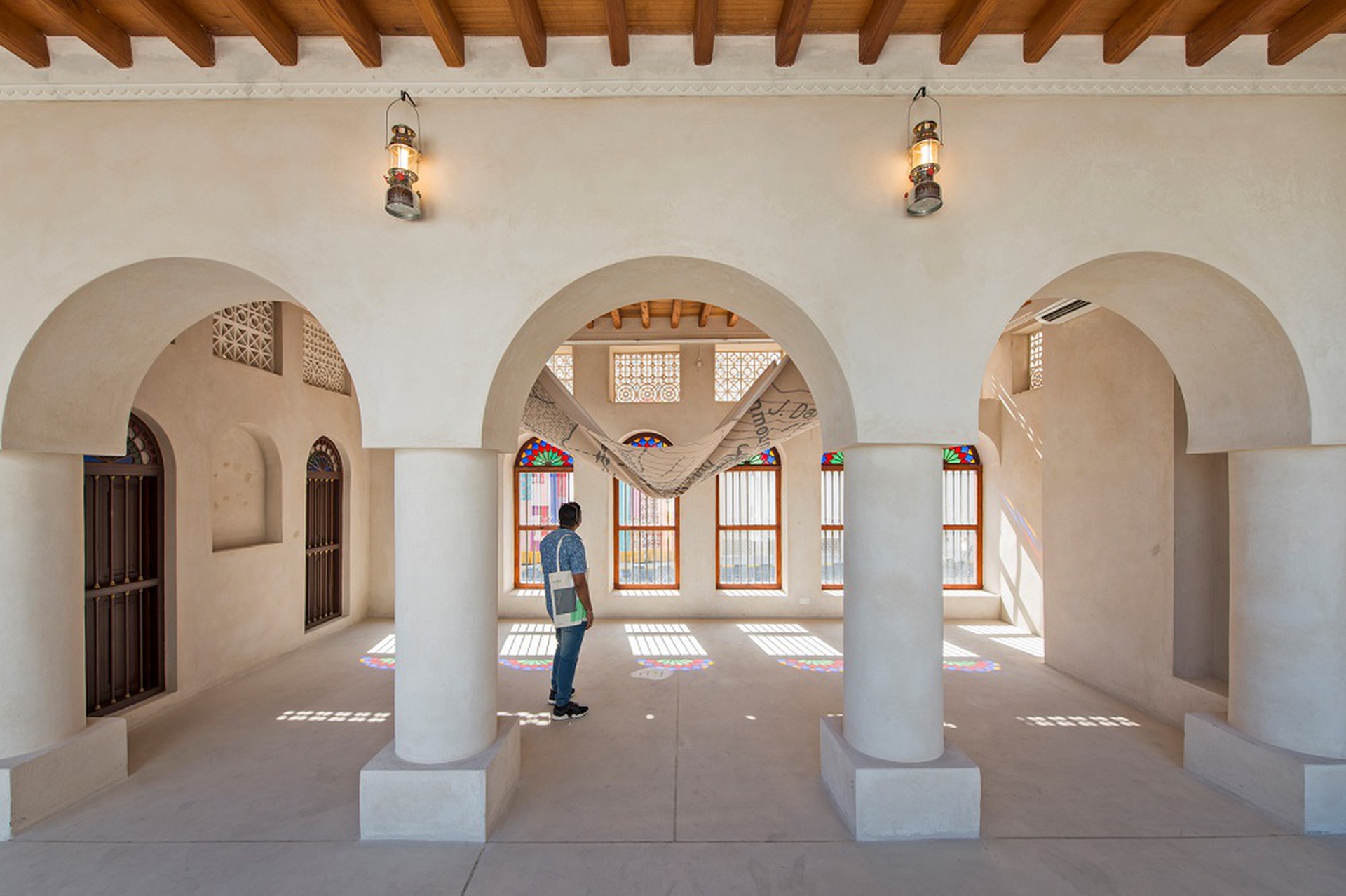 Featuring a Complete Installation of the Artist’s Studio and Never-Before-Seen Late Works, Comprehensive Survey Traces His Experimental Practice and Enduring Influence on Contemporary Art in the United Arab Emirates

This November, Sharjah Art Foundation presents a landmark retrospective of pioneering conceptual artist Hassan Sharif, marking the largest and most comprehensive survey of the artist’s work to date. Hassan Sharif: I Am The Single Work Artist traces nearly five decades of the artist’s multimedia practice, including painting, sculpture, assemblage, drawing, installation, and photography, as well as never-before-seen late works by the artist. The entirety of Sharif’s studio— recently donated to Sharjah Art Foundation by the artist’s estate—will also be on view for the first time, providing new perspective on the artist’s practice.

Curated by Sharjah Art Foundation President and Director Hoor Al Qasimi, I Am The Single Work Artist is the culmination of the artist’s lifelong role as an advocate and pioneer for the development of contemporary art and thought in the United Arab Emirates and in Sharjah, where he first began staging interventions and exhibitions of contemporary art, and exhibited at the first Sharjah Biennial in 1993. On view from 4 November 2017 to 3 February 2018, the exhibition will span all of Sharjah Art Foundation’s spaces in the Al Mureijah Square area and Bait Al Serkal in Arts Square. Admission is free and open to the public.

“Hassan Sharif was a dear friend and strong advocate for the contemporary art community here in Sharjah,” said Al Qasimi. “We are so humbled to have worked with him since his presentation at the first Sharjah Biennial in 1993, and to have witnessed his incredible impact through the years, both locally and internationally. Now, we will come full circle in mounting this significant retrospective in Sharjah, a city that was not only a site of intense artistic production for the artist, but also a place he greatly enriched through his teaching and community activities. We are pleased to have the opportunity to shine new light on Sharif’s practice and provide an international platform for the study and appreciation of his work.”

Often cited as the father of contemporary art in the United Arab Emirates, Sharif began making art in the 1970s, but soon departed from his region’s dominant art form of calligraphic abstraction and embraced the radical approaches of avant-garde movements such as Fluxism and British Constructivism. Organized thematically, I Am The Single Work Artist traces the development of Sharif’s conceptual art practice from 1973 to 2016, highlighting his unprecedented influence through key series that he revisited throughout his life, and which illustrate his enduring social and philosophical reflections on mathematical systems, time, and the banality of the everyday. The title of the exhibition is taken from an essay written by Sharif in 1989 describing his belief that “the artist occupies his or her own corner—we can call it ‘art’s corner’—repeating and creating a single work over an entire lifetime.”

Some of the earliest works featured in the exhibition are Sharif’s newspaper caricature and comic strip drawings of the 1970s, which predate his radical shift towards experimentation and conceptualism. They also reveal his prevailing interest in the rapid industrialisation and globalisation of the United Arab Emirates. The exhibition also features what are perhaps his best-known “weaving” series of assemblages or “urban archaeology objects,” which were created from inexpensive and mass-produced materials found at UAE markets and, for Sharif, represented the transformation of industrial excess into art. The retrospective explores the evolution of Sharif’s manual and repetitive process of tying these objects together—an approach that permeated his broader practice.

Sharif’s “semi systems” of the 1980s reveal the artist’s fascination with constructing intricate systems and methodologies. Often taking the form of drawings, these works illustrate games, procedures, and rules of repetition developed by the artist, which are carried out on paper and result in geometric shapes and forms. These themes are also reflected in Sharif’s photographs, sketches, and notes, documenting his “experiments” and “performances” of the 1980s, which depict him walking, digging, jumping, or dragging a rope in the desert or his studio.

Anchoring the exhibition is an installation of the artist’s studio in its entirety, which was donated to Sharjah Art Foundation by the Hassan Sharif estate for the benefit of future generations of UAE artists and scholars. All elements of his studio, including his tools and materials, will be re-installed and accessible to audiences as part of the exhibition, providing a new perspective and avenue for engagement with Sharif’s practice.

The exhibition is accompanied by a comprehensive, bilingual (Arabic/English) catalogue published by Sharjah Art Foundation, including essays by the artist and by Hoor Al Qasimi, Emirati artist Mohammed Kazem, and Emirati poet Rashid al-Khalid. Following the presentation in Sharjah, I Am The Single Work Artist will travel to partner venues internationally.

Sharif graduated from the Byam Shaw School of Art, London (1984) and returned to the UAE, where he began staging interventions and exhibitions of contemporary art in Sharjah. He was born in 1951, and lived and worked until his death in 2016 in Dubai.

Sharjah Art Foundation is a catalyst, producer, and advocate for the transformational role of art in Sharjah, the UAE, regionally, and internationally. Under the leadership of founder Hoor Al Qasimi, a curator and artist, the foundation advances a wide-ranging programmatic model that supports the production and presentation of contemporary art, encourages shared understanding across cultures, and preserves and celebrates the distinct cultural heritage of the region. The foundation’s core initiatives include the Sharjah Biennial, featuring contemporary artists from around the world; the annual March Meeting, a convening of international arts professionals and artists; grants and residencies for artists, curators, and cultural producers; ambitious and experimental commissions; and a range of traveling exhibitions and scholarly publications.

Established in 2009 to expand programmes beyond the Sharjah Biennial, which launched in 1993, the foundation is a critical resource for artists and cultural organisations in the Gulf and a conduit for local, regional, and international developments in contemporary art. The foundation’s deep commitment to developing and sustaining the cultural life and heritage of Sharjah is reflected through year-round exhibitions, performances, screenings, and educational programmes in the city of Sharjah and in arts spaces across the Emirate, many of which are housed in historic buildings. A growing collection reflects the foundation’s support of contemporary artists in the realisation of new work, and its recognition of the contributions made by pioneering modern artists from the region and around the world.

The independent arts and educational organization is funded by the Emirate of Sharjah, along with individuals, foundations, and corporations. All events are free and open to the public.

Landmark Hassan Sharif Retrospective to be Presented in November 2017