Landmarks, the public art program of The University of Texas at Austin, Announces Major New Acquisition by Simone Leigh 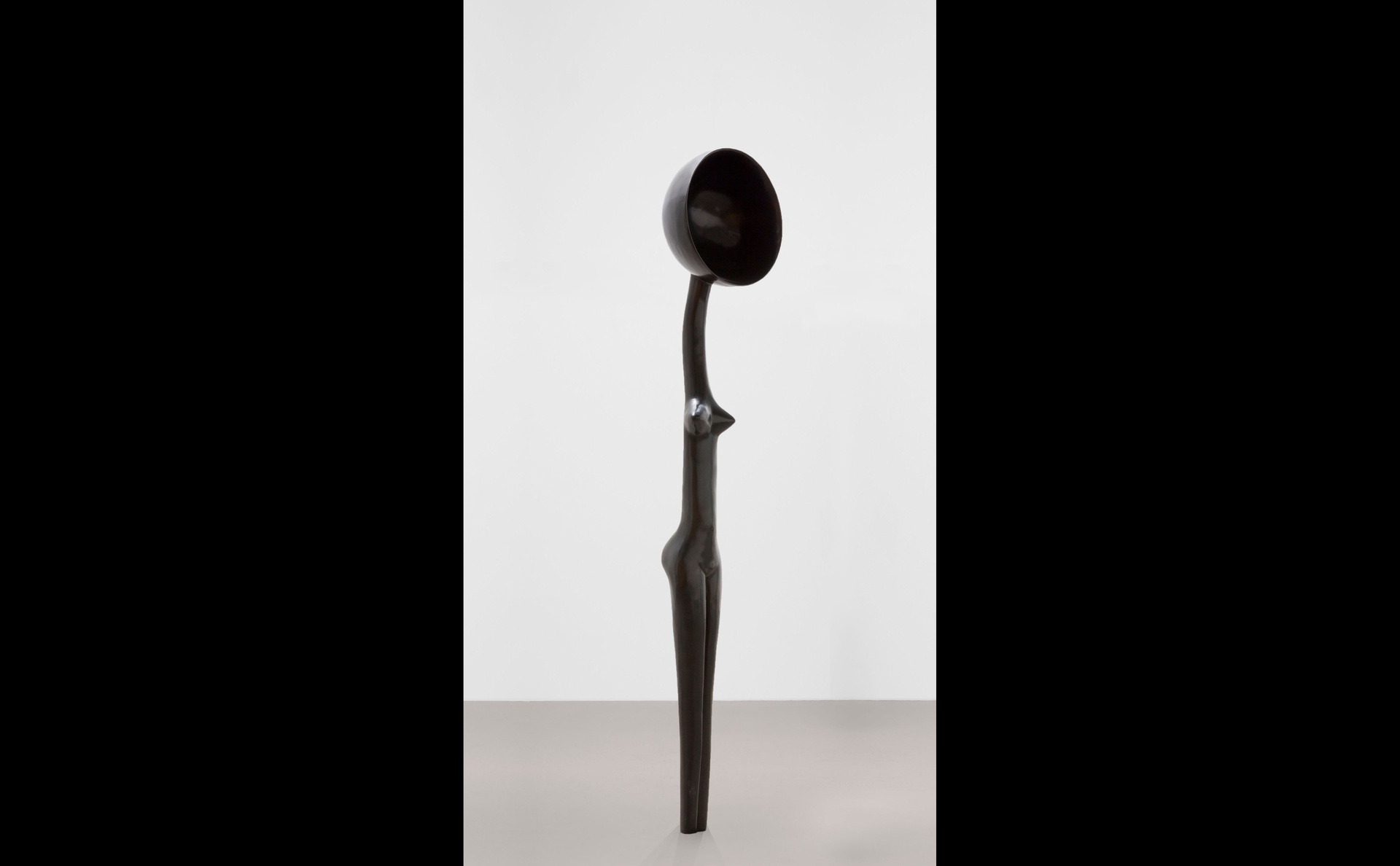 Austin, Texas—Landmarks announced today the acquisition of Sentinel IV, a sculpture by New-York based artist Simone Leigh. Cast in bronze and standing more than ten feet tall, Sentinel IV honors Black womanhood. The work is Landmark’s fifth purchase and the first by a Black woman. It joins Landmarks’ collection of nearly fifty modern and contemporary works, building on the program’s commitment to represent artists who reflect its diverse audiences.

Simone Leigh and UT Austin professor Dr. Cherise Smith will lead a university-wide conversation for students and faculty prior to the opening. Separately, a public celebration will be hosted by Landmarks with a virtual Q&A led by Dr. Stephanie Sparling Williams and the artist for its unveiling on July 15, 2021.

Leigh creates enigmatic sculptures that are concerned with the empowerment of Black women, often drawing inspiration from vernacular objects of the African Diaspora. Sentinel IV is modeled after a Zulu ceremonial spoon, a utensil that conveys status among the Zulu people and symbolizes women’s labor. It extends the artist’s interest in neglected objects that are shaped by use and imbued with power and meaning.

Sentinel IV honors Black femininity while also investigating historical and intersecting ideas of race, beauty, and the association of Black women’s bodies with work. The sculpture’s commanding form stands watchful and observant, emanating a powerful presence that proclaims a radical openness to seeing. Its siting at Anna Hiss Gymnasium aims to signal that all are seen, and all are worth seeing. In advance of the installation Landmarks has been in discussion with students, faculty, and members of Austin’s Black community about the work’s significance and its context on campus.

“Simone Leigh’s sculpture is an offering that can begin conversations,” said Landmarks Founding Director and Curator Andrée Bober. “I hope it promotes a space where various histories can be told, and different voices can be heard.”

Dr. Stephanie Sparling Williams, a Black feminist theorist and associate curator at the Mount Holyoke College Art Museum, serves as the project’s curatorial contributor. In addition to authoring a scholarly essay and narrating an audio tour, she will also lead virtual conversations, including a public Q&A with Simone Leigh.

“Leigh is one of the greatest artists working in this moment,” remarks Sparling Williams. “Her sculptures are beautifully worked and her feminine forms, in particular, are fiercely rendered. In Sentinel IV, Leigh masterfully crafts poetry in bronze. It is especially exciting to see her work installed in an academic setting with such rich history and cultural vibrancy.”

Sentinel IV is sited at the renovated Anna Hiss Gymnasium, a building that once served as the women’s gym at the center of the university’s Women’s Campus. Its courtyard, redesigned by landscape architects Lord Aeck Sargent and Asakura Robinson, anchors the sculpture in a welcoming garden that serves as a gathering space which invites reflection and engagement. The renovation of Anna Hiss Gymnasium and acquisition of Sentinel IV is supported by the Office of the Executive Vice President and Provost at The University of Texas at Austin.

###ABOUT SIMONE LEIGHSimone Leigh is a New-York based artist who works in various media including sculpture, installations, video, performance, and social practice. Recent projects and exhibitions have been featured at the Guggenheim Museum, Whitney Museum of American Art, New Museum of Contemporary Art, Tate Modern, Creative Time, The Studio Museum in Harlem, and the Hammer Museum. Leigh is the first artist to be commissioned for the High Line Plinth in New York. She will represent the United States at the 59th International Art Exhibition of La Biennale di Venezia in 2022. For more information: https://www.hauserwirth.com/artists/28363-simone- leighABOUT LANDMARKSLandmarks is the award-winning public art program of The University of Texas at Austin. Its collection of modern and contemporary art celebrates diverse perspectives, featuring commissioned projects alongside sculptures on long-term loan from the Metropolitan Museum of Art. Landmarks inspires thought and growth by making art free and accessible to all. For more information: landmarksut.org

Landmarks, the public art program of The University of Texas at Austin, Announces Major New Acquisition by Simone Leigh