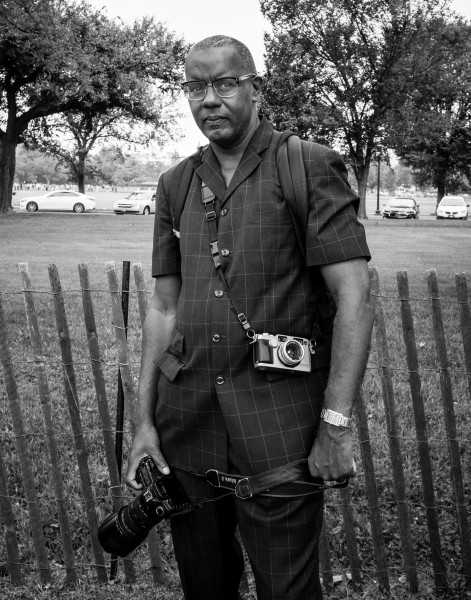 The Gordon Parks Foundation and Steidl today announced that Jamel Shabazz has been named the 2022 recipient of The Gordon Parks Foundation/Steidl Book Prize. Launched in 2020, the Prize provides a publishing platform for artists whose practice reflects and extends Gordon Parks’s legacy. Shabazz is the second artist to receive the honor, following inaugural Prize recipient LaToya Ruby Frazier, whose appointment will culminate this spring with the release of a new publication dedicated to her body of work chronicling the Flint, Michigan water crisis. The book, Flint Is Family In Three Acts, coincides with an exhibition of the same name, on view April 13 through June 22, 2022, at The Gordon Parks Foundation in Pleasantville, New York.

“Jamel is an incredible talent whose work has made an indelible contribution to the tradition of street photography,” said Peter W. Kunhardt, Jr., Executive Director of The Gordon Parks Foundation. “Through a career spent capturing the lived experience of New York City communities, Jamel has continued Gordon Parks’s life’s work of using photography to reveal our shared humanity.”

“Being selected to receive the Gordon Parks Foundation/Stedil Book Prize is truly one of the highlights of my photographic journey,” said Shabazz “As a recipient of this prestigious award and as an artist committed to photography, my aim is to uphold the principles that Gordon Parks stood for; always remembering his words, ‘The subject matter is so much more important than the photographer’.”

The Gordon Parks Foundation/Steidl Book Prize embraces Gordon Parks’s belief in collaborative and interdisciplinary approaches to art making and social action. Published and distributed by Steidl, one of the leading art book publishers internationally, the publication features new works by an early or mid-career contemporary artist whose practice embodies Parks’s commitment to catalyzing social, cultural, and political change. Each book is accompanied by texts by notable writers and is the subject of an exhibition at the Gordon Parks Foundation that invites deeper engagement with the artist’s practice and exploration of social justice themes.

The Prize expands the partnership between Gordon Parks Foundation and Steidl, which has served as the official publisher of Gordon Parks since 2010. In addition to co-presenting the Prize, the organizations have announced the forthcoming opening of the Steidl Library at The Gordon Parks Foundation’s headquarters, which features a comprehensive collection of artist books published by Steidl between 2006–2020. Access to the collection will be available to researchers by appointment in fall 2022.

A legendary New York photographer born and raised in Brooklyn, Shabazz began photographing people he encountered on New York streets in the late 1970s, creating an archive of cultural shifts and struggles across the city. Inspired by the work of Gordon Parks, Leonard Freed, and James Van Der Zee, Shabazz underscores the street as a space for self-presentation through portraits that, in his own words, aim to represent individuals and communities with “honor and dignity.”

The resulting publication of The Gordon Parks Foundation/Steidl Book Prize will present for the first time Shabazz’s work from the 1970s–90s as it exists in his archive: small prints thematically grouped and sequenced in traditional family photo albums. Shabazz developed this practice early in his career, taking his rolls of color film to be processed at a one-hour photo shop that provided two copies of each print—he typically shared one with his sitters, and the second he organized into changing, thematic albums that serve as portfolios to be shared with future sitters.

Published in fall 2022, Jamel Shabazz: Albums will feature selections from over a dozen albums, many never-before-seen, as well as individual photographs spanning the 1970s–90s that Shabazz took in the neighborhoods of Brooklyn, Queens, the West Village, and Harlem. Included among these is a selection of his earliest portraits as well as images of inmates at Rikers Island taken while Shabazz worked there as an officer in the 1980s. Edited by Michal Raz-Russo, and accompanied by scholarly essays by Deborah Willis, Nelson George, Leslie Wilson, Raz-Russo, and others, Jamel Shabazz: Albums will celebrate this influential body of work.

2022 also marks the release of The Gordon Parks Foundation/Steidl Book Prize’s inaugural publication, Flint is Family In Three Acts by LaToya Ruby Frazier, which is being published in conjunction with an exhibition at The Gordon Parks Foundation this April. Featuring extensive interviews with Flint community members and scholarly essays, Flint is Family In Three Acts follows the ongoing man-made water crisis in Flint, Michigan from the perspective of those who live and fight for their right to access free, clean water. This five-year body of work, begun in 2016, serves as an intervention and alternative to mainstream accounts of this political, economic, and racial injustice.

Inspired by the collaborative work of Parks and writer Ralph Ellison in 1940s Harlem, Frazier adopts a similar approach to ensure that the lives and voices of Flint’s residents are seen and heard, and that their collective creative endeavors result in meaningful solutions. Frazier first traveled to Flint in 2016, as part of an Elle magazine commission to do a photo essay about the water crisis. During that trip she met Shea S. Cobb, a Flint poet, activist, and mother who became Frazier’s collaborator.

Divided into three acts, Flint Is Family follows Cobb as she fights for her family’s and community’s health and wellbeing. Act I introduces Cobb, her family, and The Sister Tour, a collective of women artists. Cobb, who lives with her mother and her daughter, Zion, works as a school bus driver and hairstylist, while launching her career as a poet, singer, and songwriter. To protect her daughter’s health, Cobb makes the critical decision to leave her mother and friends behind and make the reverse migration to Mississippi, where her father resides on family owned land. Act II follows Cobb and Zion to Newton, Mississippi, where they move in with Cobb’s father, Mr. Douglas R. Smiley. There, they learn how to take care of his horses, as well as the land and fresh water springs they will one day inherit. Due to segregation and discrimination in the Newton County school system, Cobb and Zion eventually return to Flint. Act III documents the arrival of a 26,000-pound atmospheric water generator to Flint in 2019 that Frazier, Cobb, and her best friend, Amber N. Hasan—a hip-hop artist, herbalist, and community organizer—helped set up and operate in their neighborhood.

The exhibition at The Gordon Parks Foundation will feature a selection of photographs from Flint Is Family In Three Acts, as well as a video Frazier made to accompany the September 2016 Elle article. The video features a montage of still images from Act I narrated by Cobb—a direct response to the absence of Flint residents’ voices in the written article.

ABOUT THE GORDON PARKS FOUNDATION

The Gordon Parks Foundation supports and produces artistic and educational initiatives that advance the legacy and vision of Gordon Parks—recognized as the most significant American photographer of the 20th century, as well as a writer, musician, and filmmaker, who used the arts to further “the common search for a better life and a better world.”

Through exhibitions, publications, and public programs organized in collaboration with national and international institutions at its exhibition space in Pleasantville, New York, the Foundation provides access to, and supports understanding of, the work and contributions of Gordon Parks for artists, scholars, students, and the public. Through its year-round educational programming and annual grant-making initiatives, the Foundation champions current and future generations of artists and humanitarians whose work carries on Parks’s legacy.

In a career that spanned more than 50 years, photographer, filmmaker, musician, and author Gordon Parks created a body of work that made him one of the most influential artists of the twentieth century. Beginning in the 1940s, he documented American life and culture with a focus on social justice, race relations, the civil rights movement, and the Black American experience. Born into poverty and segregation in Fort Scott, Kansas, Parks was drawn to photography as a young man. Despite his lack of professional training, he won a Julius Rosenwald Fellowship in 1942; this led to a position with the photography section of the Farm Security Administration (FSA) in Washington, D.C., and later, the Office of War Information (OWI). By the mid-1940s, he was working as a freelance photographer for publications such as Vogue, Glamour, and Ebony. Parks was hired in 1948 as a staff photographer for Life magazine, where he spent more than two decades creating some of his most groundbreaking work. In 1969, he became the first Black American to write and direct a major feature film, The Learning Tree, based on his semi-autobiographical novel. His next directorial endeavor, Shaft (1971), helped define a genre known as Blaxploitation films. Parks continued photographing, publishing, and composing until his death in 2006.