Iconic Monument to William H. Seward Undergoing Critical Restoration of Its Base As Part of Multiyear Campaign 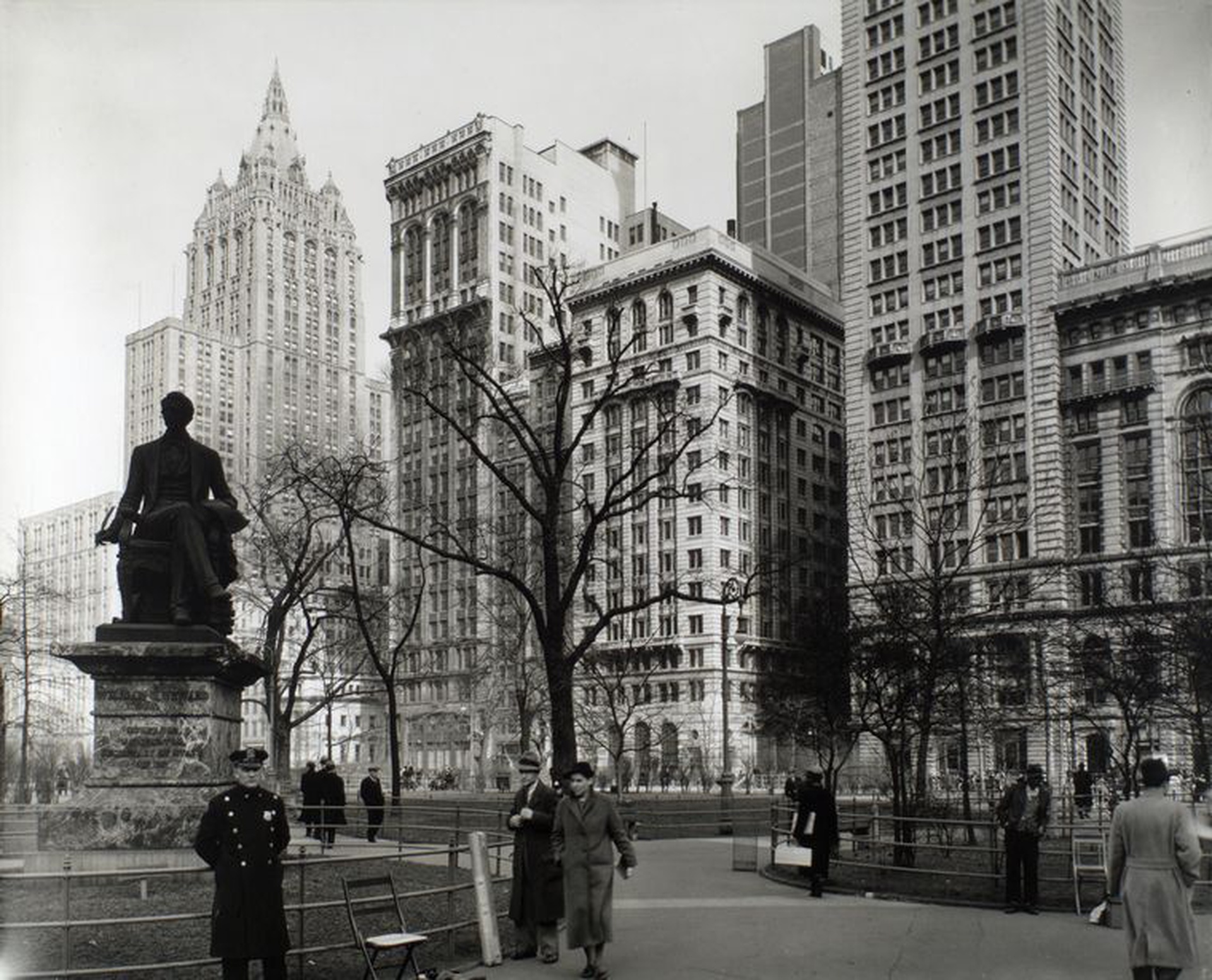 Iconic Monument to William H. Seward Undergoing Critical Restoration of Its Base As Part of Multiyear Campaign

Madison Square Park Conservancy announced today the launch of an $8-million campaign designed to restore, upgrade, and maintain the historic Park’s majestic tree canopy and built environment, while also adding new visitor amenities and resources. The multi-year, multifaceted initiative builds upon the Conservancy’s ongoing restoration and revitalization efforts that transformed the once-derelict Park into the public resource and urban oasis that it is today. Established in 2003, the nonprofit Conservancy oversees all stewardship, maintenance, and programming of the seven-acre public park, which includes seasonal and ongoing horticultural initiatives, public art commissions, and free public events.

As part of the campaign, the Park’s monument to William Henry Seward, who served as Secretary of State under President Abraham Lincoln, is undergoing much needed restoration to its base. On October 21, the iconic 19th-century bronze statue by Randolph Rogers will be temporarily removed from its pedestal and presented at ground-level as its base is replaced in-kind, providing the public with a first-ever opportunity to view the towering nine-foot-tall sculpture up-close.

Danny Meyer, Co-Founder and Trustee of the Conservancy said, "Working to bring this urban gem back to its former glory was one of the great experiences of my life. Now, ensuring the Park retains its splendor for future generations is our shared responsibility."

“We formed the Conservancy with a mission to restore a historic yet severely neglected park and transform it into an exemplar of public greenspace. With 60,000 people now visiting the Park each day, our new campaign allows us to implement vital upgrades to the Park’s infrastructure, monuments, and resources so we can continue to serve New York and its visitors from around the world,” said Conservancy Executive Director Keats Myer. “The Seward Monument is among the Park’s best-known and most beloved monuments. Its restoration this fall addresses a critical and long-overdue need, and will provide our visitors with a once-in-a-lifetime opportunity to view this statue from a new vantage point.”

The Seward Monument is one of five historic monuments in Madison Square Park. Dedicated in 1876, the bronze statue sits atop a carved pedestal of red Levante marble at the southwest corner of the Park, opposite the Flatiron Building. The need for repairs on the monument’s marble base was identified by New York City Parks Department caretakers more than 80 years ago in the 1930s. In the decades since, the base has continued to disintegrate and has been extensively patched with concrete.

The restoration effort, overseen by the Conservancy, includes the fabrication and replacement in-kind of a new base of Arno granite—a stone that closely matches the color and variegation of the existing pedestal but is better suited to outdoor conditions. Over the course of four weeks, the Seward statue will be temporarily housed in a protective plexiglass box at ground level, as the original eight-foot-tall pedestal is dismantled and removed. The replacement pedestal of granite will be mortared and lettered with the original bronze lettering at the Park and the bronze statue will be reset and anchored atop. This project is made possible in part with the support of Cravath, Swaine & Moore LLP, the law firm that Seward co-founded along with Richard M. Blatchford.

Located in the Flatiron District in the heart of Manhattan, Madison Square Park has been a public land since 1686. Formally opened in 1847, the area was redesigned in 1870 by Ignatz Pilat and William Grant, who added bench-lined paths, open lawns, a fountain and incorporated the statues and monuments that populate the Park today. Nearly a century later, the Park had fallen into a severe state of disrepair. A group of community leaders and philanthropists launched the Campaign for the New Madison Square Park in the late 1990s and transformed the Park into the vibrant space it is today: restoring the lawns, fountain, and statues to their former glory; adding a reflecting pool and dog run; and installing new gates, paths, and lighting to enhance public safety. The Conservancy was subsequently formed in 2003.

Under the leadership of Executive Director Keats Myer, Madison Square Park Conservancy cultivates and enlivens Madison Square Park, a dynamic seven-acre public park in New York City’s Flatiron District and one of the city’s most treasured greenspaces. Through its horticultural stewardship, public art commissions, and engaging public programming, the nonprofit creates an urban oasis that welcomes a diverse community of over 60,000 visitors each day.

Since 2004, the Conservancy has become a leader in commissioning new works of public art, curating and presenting over 35 major site-specific installations and solo exhibitions through its Mad. Sq. Art programming. In 2018, the Conservancy was selected as the commissioning institution for the 2019 U.S. Pavilion at the Venice Biennale, marking the first time that an organization whose visual art program focuses exclusively on public art has received this honor.