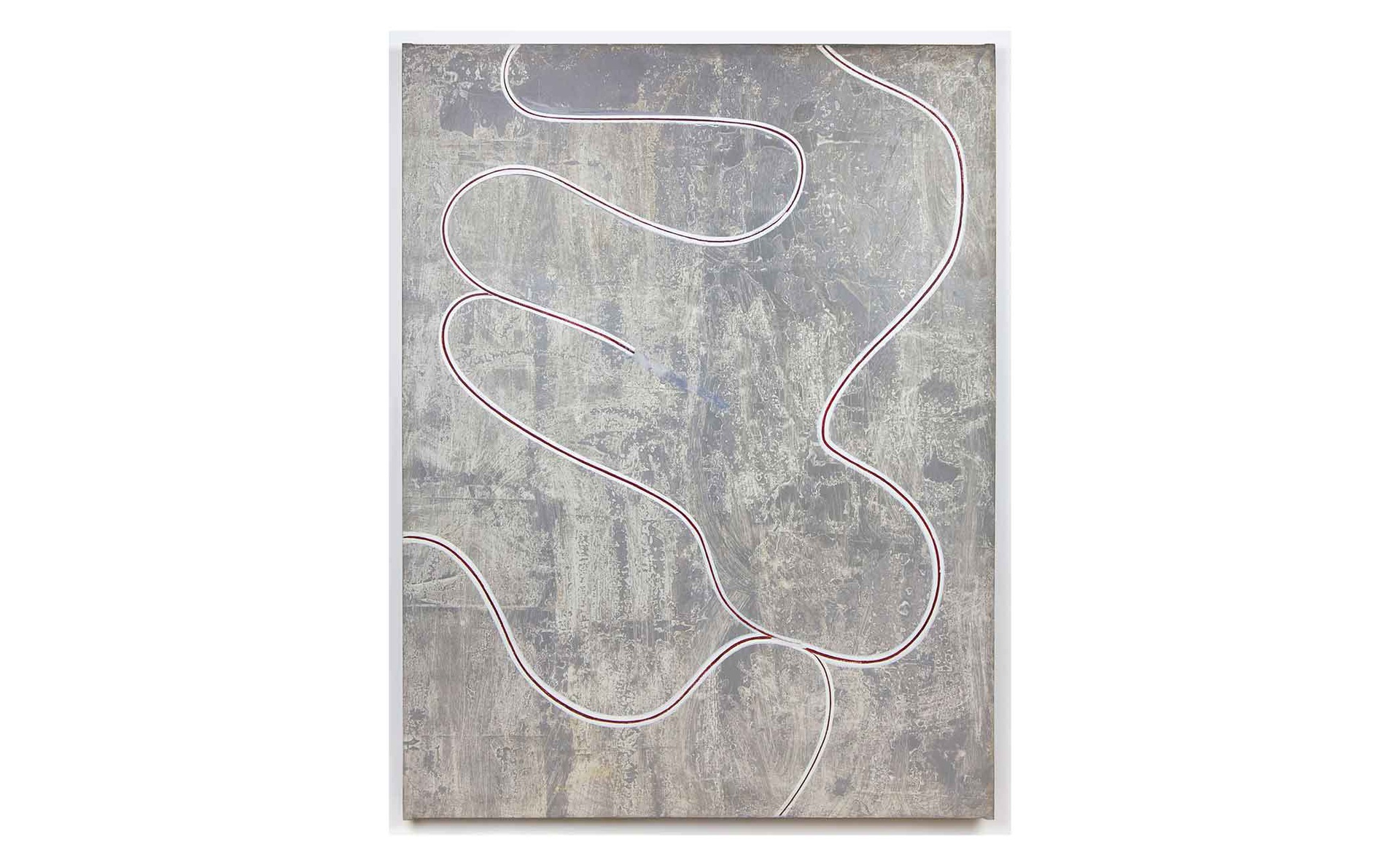 This spring, the Institute of Contemporary Art, Miami (ICA Miami) will mount major solo exhibitions for Terry Adkins and Donald Judd, alongside an exhibition of works by Francis Alÿs, a tribute to Walter Darby Bannard, and a commissioned project by emerging artist Diamond Stingily. Highlighting experimental practices from 1959 to present day, ICA Miami’s spring exhibitions reflect the museum’s commitment to advancing scholarship on artists at all stages of their careers.

The season kicks off in April with the first museum presentation devoted to many never-before-seen paintings from 1959 to 1961 by Donald Judd, who is most often associated with sculpture. This unprecedented exhibition offers a renewed perspective on Judd’s work through an understudied aspect of his creative output. Donald Judd: Paintings will be followed by the May opening of Terry Adkins, marking the first major posthumous survey of the artist. Emphasizing his understudied contributions to the medium of sculpture, the exhibition traces three decades of the artist’s readymades, monuments, and sculpture, restaging iconic as well as lesser-known series by the artist.

Alongside these major exhibitions, ICA Miami’s spring program will feature early paintings by Walter Darby Bannard, who died in 2016. Recognized for his impact on Color Field painting, Bannard was influential in the South Florida community as a professor at the University of Miami. For her first solo museum presentation in ICA Miami’s signature project space dedicated to providing emerging artists with a museum platform, Diamond Stingily will create a new, largescale, labyrinthian installation. Additionally, there will be an exhibition of works by renowned conceptual artist Francis Alÿs anchored by two recent acquisitions gifted generously to the museum’s permanent collection by South Florida-based collectors Nancy and Stanley Singer.

“ICA Miami’s spring exhibitions embody our commitment to bringing a range of artistic voices and ideas to the fore, and to expanding scholarship on understudied and emerging bodies of work,” said Ellen Salpeter, Director of ICA Miami. “Judd and Adkins have each made an indelible mark on contemporary art that is critical to understanding its evolution, while Bannard’s influence on Color Field painting and Alÿs’ work addressing issues of geopolitical and social conflict in urban environments both merit renewed attention. New work by Diamond Stingily represents the output of the current generation of young artists whose work builds on their contributions. When visiting the museum this spring, audiences will have the opportunity to experience a spectrum of voices influencing contemporary artistic discourse, not just through artists working today, but through their 20th-century predecessors.”

Alex Gartenfeld, Deputy Director and Chief Curator, added, “The spring exhibitions feature works by five groundbreaking artists whose practices span the post-war period to the present. We are proud that the museum is able to represent and shed new light on some of the most important voices in contemporary at in Miami.”

Donald Judd: Paintings marks the first museum exhibition dedicated to 14 rarely exhibited or published paintings, created from 1959 to 1961, crucial transitional years when the artist was experimenting with form and color in order to further develop his ideas on specific objects. Though Judd is commonly associated with large-scale sculptures, he experimented in painting with surface, form, space, and color, as well as unique curved forms and patterns, and his ideas about painting were central to informing the relationship between the representation of space and painting that is evident across his work.

Curated by Flavin Judd, Curator and Co-President of Judd Foundation, ICA Miami Director Ellen Salpeter, and ICA Miami Deputy Director and Chief Curator, Alex Gartenfeld, the exhibition offers an expanded understanding of the artist through this understudied facet of his practice. These paintings, which have not been on view together previously, reveal Judd’s transition from figuration to abstract compositions of color and lines that manifest his prevailing interest in structure and space. In the year following his creation of these paintings, these elements evolved into Judd’s three-dimensional works and grounded the next three decades of his practice.

The paintings on view highlight a number of themes at their nascent stages and see the artist experimenting with key motifs, including his signature use of dense cadmium red and layered serial pattens. Accompanying the paintings will be one of Judd’s curved sculptures, untitled (1964), which represents the artist’s constant experimentation with the intersections between painting and sculpture, form and light.

“For the first time these paintings will be shown together as a group, allowing a focus on Don as a painter and as an artist dealing with color and form in two dimensions,” said Flavin Judd, Curator and Co-President of Judd Foundation. “Before he moved into three dimensions, he had to use up the flat plane of painting so that he could deal with space itself.”

Working across mediums, with a concentration in sculpture and video as well as prose and poetry, New York-based artist Diamond Stingily draws on personal and collective memory in order to examine the condition of American identity today. Through her iconic use of found materials such as wood doors, chains, and synthetic hair associated with her childhood memories and experiences, Stingily imbues the readymade with political and personal urgency.

For her installation at ICA Miami, Stingily will create a new installation inspired by the form of the labyrinth. Exploring both personal and collective memories of black girlhood, the labyrinth reflects Stingily’s poignant, referential found objects and architectural forms, which she compares with political and cultural threat.

Curated by Deputy Director and Chief Curator Alex Gartenfeld and Associate Curator Stephanie Seidel, the presentation will be on view in ICA Miami’s signature Project Space, dedicated to providing emerging artists from around the world with a museum platform. This exhibition is made possible through the generous support of ICA Miami’s Innovation Partner MINI USA.

ICA Miami pays tribute to the unheralded influence of American abstract painter Walter Darby Bannard, who is recognized for his participation in the Color Field Painting movement and his prescient minimalism, as well as for his important cultural leadership in Miami.

Bringing together five of Bannard’s seminal paintings from 1959-1962, the exhibition surveys the early portion of his career defined by single-image paintings with hard-edged geometric shapes and complex explorations of color and surface.

Originally from New England, Bannard lived and worked in New York in the 1960s, where he participated in a number of seminal exhibitions. Alongside peers such as Helen Frankenthaler, Morris Louis, Kenneth Noland, Jules Olitski, and Larry Poons, he helped give shape to a pivotal moment for American abstract painting. He subsequently served as chairman of the University of Miami’s art and art history department, and taught there for nearly three decades.

ICA Miami will present a series of works by Mexico-based artist Francis Alÿs, two of which are recently acquired paintings from the private collection of Nancy and Stanley Singer. The sign paintings (1993–1996) mark one of Alÿs's first important bodies of work and reflect the artist's collaboration with three commercial sign makers in Mexico City. Addressing the declining art of commercial sign painting in a digital and hyper-capitalist age, these works explore the culture of image making and are intended to redistribute value back to traditional image makers.

Trained as an architect, Alÿs is an interdisciplinary artist working across various mediums, including installation, video, painting, drawing, photography, and performance. Originally born in Antwerp, Belgium, Alÿs moved to Mexico City in 1986, where he began making public performance works as meditations on the experience of urban living and geopolitical unreset in Latin American communities.

One of the great conceptual artists of the late 20th century, Terry Adkins (1953–2014) is distinguished by his pioneering work across mediums and for his belief that sculpture and performance might expose the central role of black culture and innovation. Bringing together some 50 works by the artist in his first posthumous museum survey, this exhibition highlights five important series by the artist, many of which have not been seen since their original installation. Each reflects the ways in which the artist imbued form with the narrative history of human subjects, usually influential African-American figures.

Beginning with his transitional readymades through to his major installations, the exhibition reflects themes predominant in Adkins’s work such as cultural protest, the legacy of slavery in the American South, and references to significant black cultural figures who have been under-represented throughout history. Among the works showcased in the exhibition will be rarely-exhibited early works; large-scale installations dedicated to Zora Neale Hurston, Jimi Hendrix, and John Brown, among other figures; and major altarpieces.

Curated by ICA Miami Deputy Director and Chief Curator Alex Gartenfeld and ICA Miami Curator of Program Gean Moreno, the exhibition will be accompanied by a catalogue with newly commissioned scholarship on the artist by Kobena Mercer.