Exhibition offers a fresh look at African design through sculpture, prints, fashion, furniture, film and photography by more than 120 artists from 22 countries

The High Museum of Art will be the first venue in the United States to present “Making Africa: A Continent of Contemporary Design” (Oct. 15, 2017, through Jan. 7, 2018), a major touring exhibition organized by the Vitra Design Museum and Guggenheim Museum Bilbao. 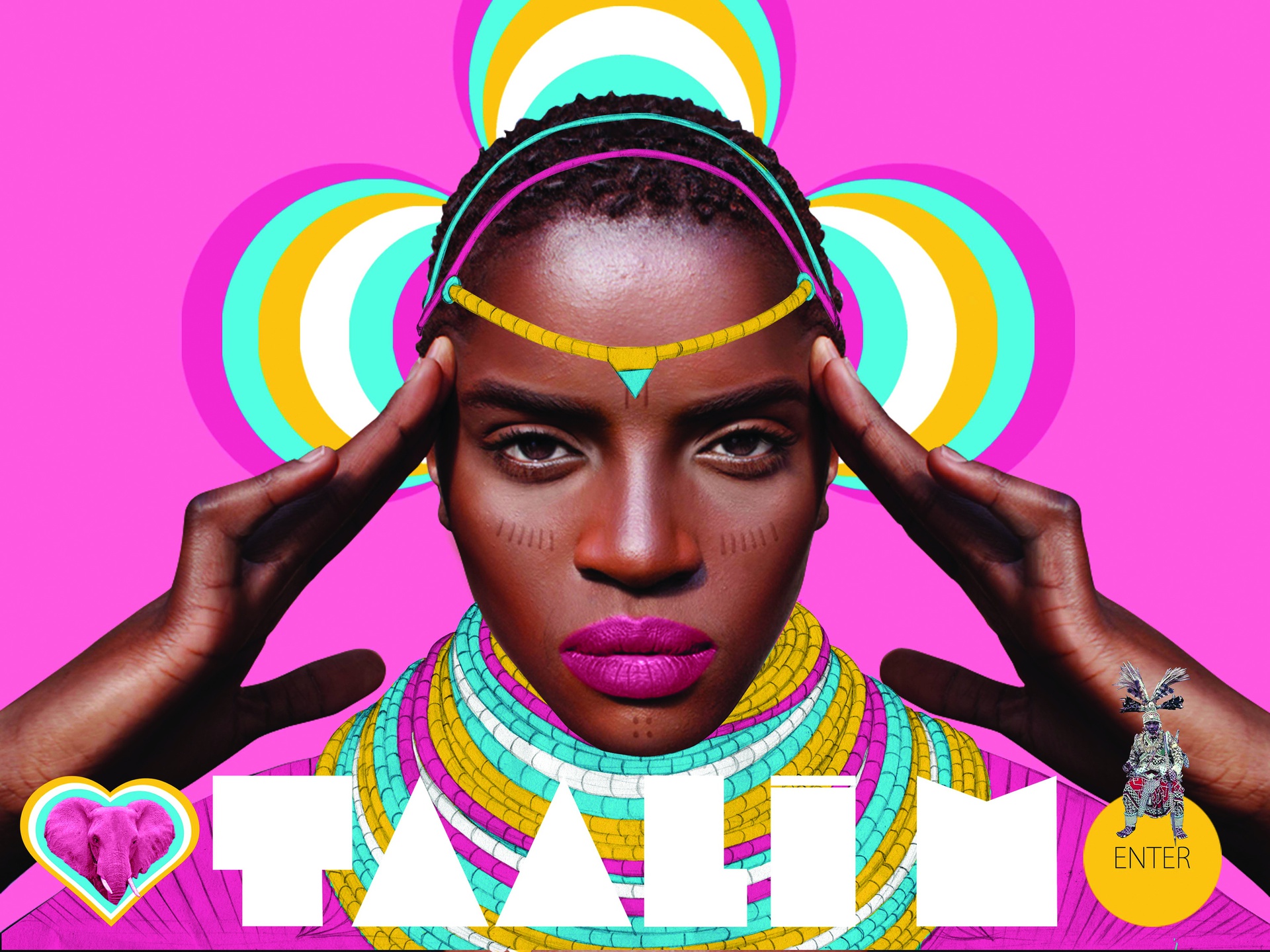 Exhibition offers a fresh look at African design through sculpture, prints, fashion, furniture, film and photography by more than 120 artists from 22 countries

The High Museum of Art will be the first venue in the United States to present “Making Africa: A Continent of Contemporary Design” (Oct. 15, 2017, through Jan. 7, 2018), a major touring exhibition organized by the Vitra Design Museum and Guggenheim Museum Bilbao.

The exhibition offers a vision of Africa in the 21st century as a place of unbounded optimism, rapid growth and massive cultural transformation. Through a myriad of diverse works by more than 120 artists and designers from 22 countries, “Making Africa” presents the continent as a hub of experimentation generating innovative design approaches and solutions with worldwide relevance and as a driving force for reframing discussions on design possibilities and applications in the new millennium. The exhibition focuses on a generation of entrepreneurs, thinkers and designers from and within Africa who address a global audience and provide the world with a new vantage point on the continent. The exhibition also illustrates how the artists use their work to effect economic, social and political change within their countries and local communities.

“The High has long been committed to collecting, conserving and celebrating African art, both historical and contemporary, and we’re honored to serve as the inaugural U.S. venue for this exhibition,” said Rand Suffolk, the High’s Nancy and Holcombe T. Green, Jr., director. “‘Making Africa’ provides audiences with an important and enriching look at the incredible scope of contemporary artistic production on the African continent and its global impact.”

Presenting a range of voices, facts and figures, the first section lays the foundation for the exhibition and encourages viewers to question preconceived notions about Africa. The artworks and supporting materials demonstrate how design itself is an instrument of interpretation and influence. This section also addresses how a new generation of media designers is attempting to transcend stereotypes and clichés.

• Kenyan artist Cyrus Kabiru’s 2012 “C-Stunner” glasses, made of found materials, offer a compelling metaphor for the shift in perspective explored in this section.

• Multiple screens feature interviews the Vitra Design Museum conducted with African thinkers and practitioners at think tanks in cities such as Cairo, Cape Town, Dakar, Lagos and Nairobi on topics ranging from a possible new design vocabulary to what makes Africa particularly relevant when viewed in the context of the Global South.

• “Alkebu-Ian 1260 AH” (2011), a map by artist Nikolaj Cyon, shows what Africa would have looked like had it not been colonized by Europe.

“I and We” examines how individuals and their social environment and affiliations are reflected in creative work. Fashion and photography feature prominently in this section, which addresses intersections of politics and daily life, expressions of personality and social belonging, and gender issues in design.

• Inspired by the popular music video for Pharrell Williams’ hit song “Happy,” video makers in cities across the continent took the opportunity to present themselves, their communities and regions to the global network through a series of short digital videos. Stéphane Brabant’s “Happy from Cotonou” (2014) presents a candid look at daily life in Benin’s largest city.

• Chris Saunders’ photography and film documentary series “The Smarteez” (2010) brings to light the style and creative process of four young designers who formed a DIY fashion crew based in Soweto, South Africa.

• Examples from Senegalese photographer Omar Victor Diop’s series “The Studio of the Vanities”—which features striking, colorful images of the hippest artists, designers, fashion designers and musicians of his generation—draw attention to the blossoming art and culture scene in Dakar.

The third section addresses natural and manmade environments with a focus on how everyday objects, living space and urban space connect with daily habits, rituals and needs.

• A slideshow of images from David Adjaye’s “Urban Africa Project”—for which the architect photographed 53 cities in Africa from 2000 to 2010 in pursuit of urban patterns—depicts sites ranging from suburban settlements, to unofficial developments and townscapes, to religious and government buildings.

• A video of the Maliyo Games mobile app “Okada Ride” shows how the user navigates virtual obstacles on the streets of Lagos, Nigeria.

Where do we come from? Where are we going? These questions provide the framework for the fourth and final section of “Making Africa.” In the current age of globalization and the Internet, Africa’s pre-colonial history and culture exert an especially profound influence on the creative activities taking shape on the continent. Works on view in this section focus on collective or individual history and the future.

• A cape, trousers and top from London-based fashion designer Duro Olowu’s 2013–2014 “Birds of Paradise” collection showcase how the artist interweaves his fascination with Western haute couture and the influence of his upbringing in Nigeria and England.

• A video delving into the 2012 website of French-Congolese musician Taali M demonstrates how art director Pierre-Christophe Gam designed the site to transport visitors to the court of an ancient African kingdom.

• A 2012 metal fabric by Ghanaian sculptor El Anatsui references traditional African textile patterns and is constructed from bottle caps and aluminum strips linked by copper wire. “Making Africa” is a collaborative project led by Vitra Design Museum Curator Amelie Klein along with Consulting Curator and Haus der Kunst Director Okwui Enwezor, with support from a large board of curatorial advisors, based primarily in Africa. The exhibition will be presented in the Cousins Special Exhibition Galleries on the second level of the High’s Wieland Pavilion.

“Making Africa” is accompanied by a 344-page, fully illustrated catalogue edited by Vitra Design Museum Director Mateo Kries and Curator Amelie Klein. The catalogue features essays and discussions with Klein, Consulting Curator Okwui Enwezor, exhibition advisory board member Koyo Kouoh and urban theorist Edgar Pieterse, among others, complemented by statements from nearly 70 other African design thinkers and practitioners whose interviews are featured in the exhibition.