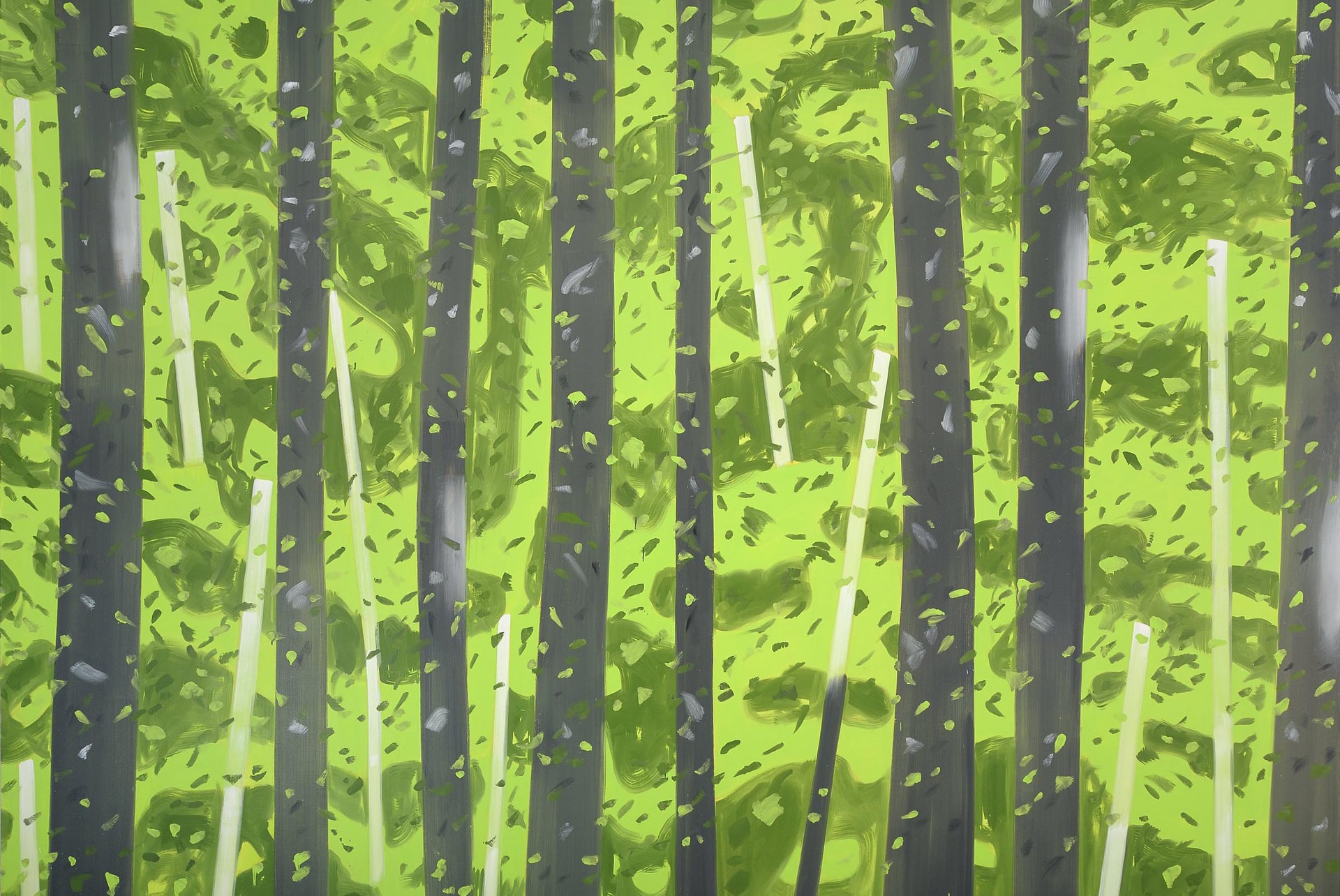 In summer 2015, the High Museum of Art will present a major exhibition of 60 works created between 1954 and 2013 by internationally acclaimed American artist Alex Katz, including 15 monumental landscape paintings to be displayed publicly together for the first time. “Alex Katz, This Is Now” is one of the largest exhibitions focused on the artist’s landscapes in almost 20 years. The High is the sole U.S. venue for the exhibition, which will also tour to the Guggenheim Museum Bilbao.

On view from June 21 to Sept. 6, 2015, the exhibition will trace Katz’s unique artistic treatment of the landscape throughout the trajectory of his career, from his 1950s collages that use the environment as a setting for the human figure, to the artist’s later works, which illustrate Katz’s shift to landscape as the dominant subject. Approximately one third of the paintings featured in the exhibition were created by Katz within the last decade, offering visitors an opportunity to view the artist’s contemporary works alongside early examples from his career.

“The works in ‘This Is Now’ reveal the absolute clarity and power of Katz’s vision, which has enabled his work to stand out among his contemporaries since the 1950s as new art movements were introduced,” said Michael Rooks, Wieland Family curator of modern and contemporary art at the High. “Today, at the age of 87, Katz seems as young as any emerging artist. He paints with gutsiness and a personal resolve that has driven his practice for six decades, but which has become increasingly accelerated in recent years, reflecting a uniquely American boldness and steadfastness of purpose.”

“We are delighted to build on the High’s commitment to engage our audiences with the work of living artists and to provide a platform for such a major figure in American art,” said Michael E. Shapiro, Nancy and Holcombe T. Green, Jr. director of the High.

Katz utilizes a signature shorthand of rapid paint-handling to convey essential, abridged imagery, which is even more urgent and powerful in the landscapes of his late career. “This Is Now” places particular focus on what Katz calls his “environmental paintings.” These works, in monumental size and scale, engulf viewers with their expansive, painterly surfaces that depict moments of intense observation in the landscape—what Katz describes as “flashes” of perception or “quick things passing.”

In these paintings, images are often cropped and lack a specific point of spatial reference, such as a horizon line, thus inviting a contemplative experience and generating the feeling of immersion in Katz’s open-ended pictorial space. Works in “This Is Now” will demonstrate the very deliberate choices that Katz makes to translate the temporal nature of “quick things passing” into keenly observed and powerfully felt moments of perception—when the understanding of visual information and the construction of one’s relationship to it happen simultaneously.

Among the 15 monumental landscape paintings featured in the exhibition are two recent acquisitions from the High’s collection that exemplify Katz’s unique style: “Winter Landscape 2” (2007) and “Twilight” (1988). “Winter Landscape 2” depicts a stand of trees that have shed their leaves, which are set against a cool, snowy background. In the galleries, the painting will be complemented by works from Katz’s “January” series, which incorporate the same composition, demonstrating Katz’s repeated return to subjects and specific imagery. “Twilight” features small slivers of a moonlit sky as seen through the top of a grove of shadowy fir trees.

Other significant works in the exhibition include:

Fundamental to his artistic practice, Katz has cited landscape as “a reason to devote my life to painting.” Upon Katz’s graduation from The Cooper Union in 1949, he began studying at the Skowhegan School for Painting and Sculpture in Maine, where he was exposed to painting en plein air. That experience was pivotal in his development as an artist, and landscape painting has remained a fundamental aspect of his practice through subsequent decades.

In the late 1950s, Katz invented a new mode of painting, radically departing from the mainstream American art of the time. Working in a style that became his signature— characterized by the artist’s fixed concentration on a central subject, typically isolated against a monochromatic ground, or landscape—Katz created representational paintings that challenged the New York School’s critical authority, which championed the dominance of non-objective, abstract painting at the time. His paintings corresponded directly to the external appearance of the people and places around him—what American Abstract Expressionist painter Barnett Newman called “object matter.”

Katz applied a renewed focus on landscape as a central theme in his work in the 1980s. He began to produce his monumental paintings, stripping away unnecessary information and representing his subjects in a way that is as much about the essence of form as it is about light, time, and the appearance of the world around him.

Accompanying “This Is Now” is a fully illustrated catalogue with essays by Rooks, art critic Margaret Graham, and artist David Salle, as well as poems by John Godfrey and Vincent Katz, the artist’s son.