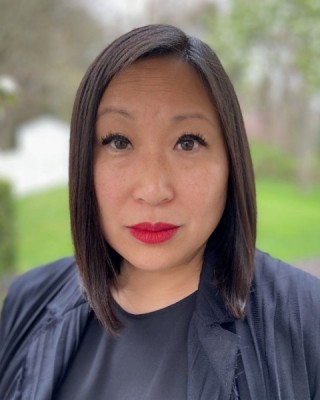 The Board of Trustees of the Katonah Museum of Art (KMA) announced today the appointment of Michelle Yun Mapplethorpe as the Museum’s next Executive Director. Bringing over 25 years of experience as a curator, art historian, and museum director, Yun Mapplethorpe comes to Katonah from Asia Society, where she has served for over a decade, most recently as Vice President for Global Artistic Programs and Director of the Asia Society Museum. As the KMA’s Executive Director, Yun Mapplethorpe will enhance the KMA’s dynamic multidisciplinary program and work closely with its Trustees and senior staff to strengthen the Museum’s role as an inclusive platform for the exchange of art, culture, and ideas. She will begin her tenure at the KMA on August 15, 2022.

"Michelle is a seasoned museum executive and visionary curator, who recognizes the power of the arts and the role of museums to engender greater empathy, appreciation, and understanding among peoples—a key precept of the KMA’s mission,” stated Vida Foubister, the KMA’s President of the Board of Trustees. “Her energy, collaborative spirit, and curatorial acumen will help forge a program of depth and quality that will deepen the KMA’s ties within our community and throughout the broader arts landscape.”

In her current role at Asia Society, Yun Mapplethorpe spearheads the organization’s arts and cultural initiatives broadly across its 14 global centers and oversees the Asia Society Museum’s collection, exhibitions, and interdisciplinary programs, as well as its financial, administrative, and operational functions. Yun Mapplethorpe served as Artistic Director for the Asia Society Triennial, which she co-founded in 2016, bringing together the work of more than 40 artists from Asia and the diaspora across venues throughout New York City in the first initiative of its kind in the U.S. She developed and led Asia Society’s 2021 Arts & Museum Summit, a three-day global convening that explored the reimagination of museum narratives within the 21st century amidst shifting post-colonial landscapes. With a background in contemporary art on a global level, Yun Mapplethorpe first joined Asia Society in 2012 as Curator of Modern and Contemporary Art and has served as curator and co-curator of more than 25 exhibitions at the museum during her tenure.

“The Katonah Museum of Art is a museum of national standing and relevance, with a mission and program that is integral to the cultural ecology of New York and the greater Tri-State Region,” said Yun Mapplethorpe. “The KMA is uniquely positioned to sustain increased engagement with the local community, while continuing to broaden its reach and program in support of education, exchange, and inclusivity. I am looking forward to working closely with the KMA’s Board of Trustees and senior staff to build upon its legacy while guiding it into its next chapter.”

A widely published author and frequent lecturer, Yun Mapplethorpe was Curator of the Hunter College Art Galleries before coming to Asia Society in 2012. She previously served as a Consulting Curator at the Museum of China Cultural Arts in Beijing; Project Director of Cai Guo-Qiang’s studio; and as Curatorial Assistant in the Department of Painting and Sculpture at The Museum of Modern Art, New York; and has organized numerous independently curated exhibitions. A graduate of the Getty Leadership Institute’s Executive Education Program for Museum Leaders, she earned her M.A. in modern art and critical studies from Columbia University and her B.A. from Mount Holyoke College. Yun Mapplethorpe sits on the advisory board of the Mount Holyoke College Art Museum, among other affiliations.

Yun Mapplethorpe was selected as KMA’s new Executive Director following an international search overseen by a committee appointed by the Board. She takes the helm from Leslie Griesbach Schultz, who has served as Interim Executive Director since September 2021, and succeeds Michael Gitlitz, who concluded his tenure as Executive Director in June 2021.