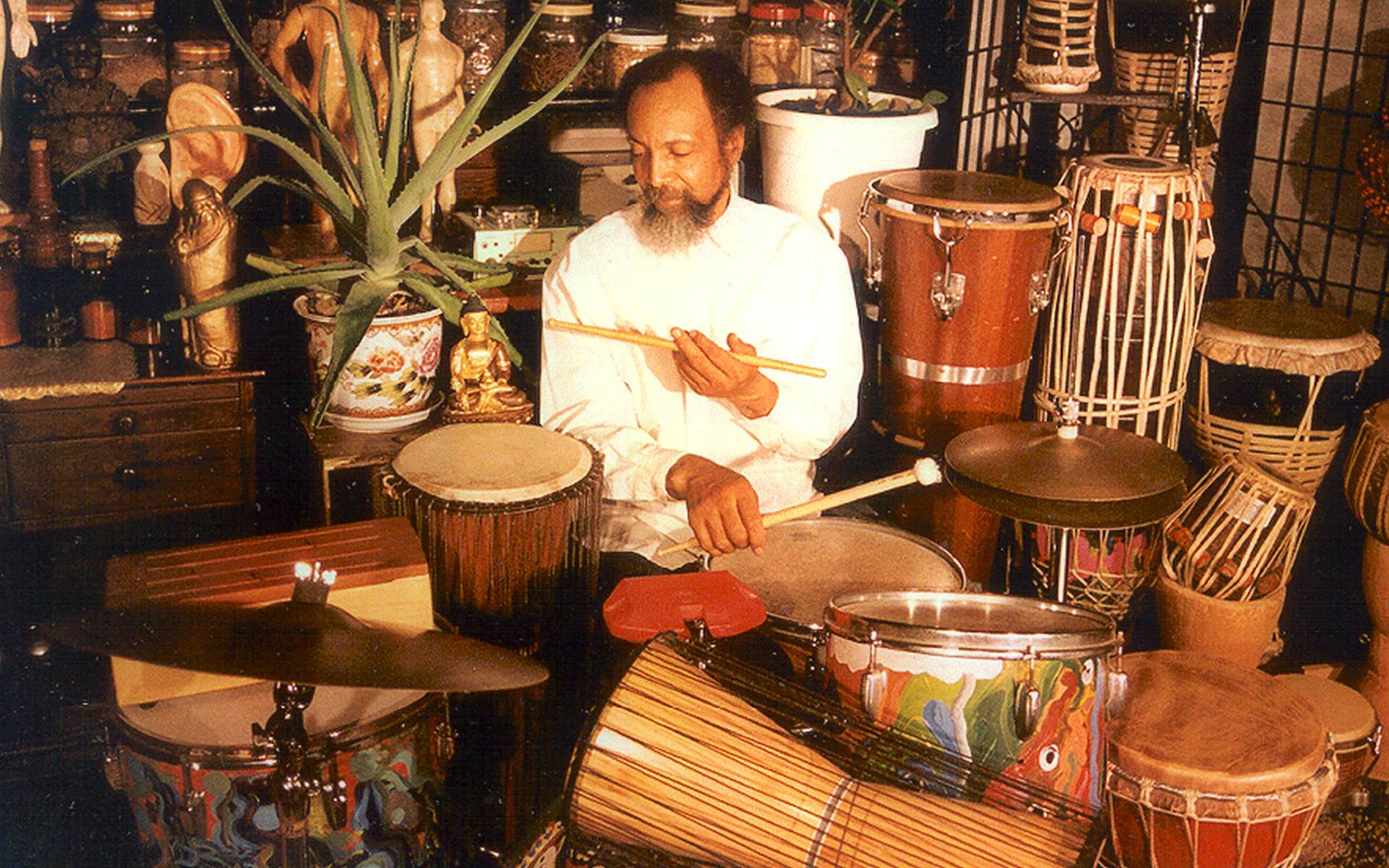 The art of music making gets examined through the lenses of science and technology in this double bill of music and projection by percussion pioneers. Seminal drummer and acupuncturist Milford Graves is an innovator of free jazz, liberating percussion from its timekeeping role to inform an entirely new sound. He has since gone on to build technologies for transforming human biorhythms into electronic sounds in order to explore their percussive link to music. The ever-evolving relationship between music and technology is explored by extraordinary drummer and musician Deantoni Parks, who augments his natural talents with the benefits of sampling and technology to fuel his own singular vision, as showcased on his newly released debut album Technoself.