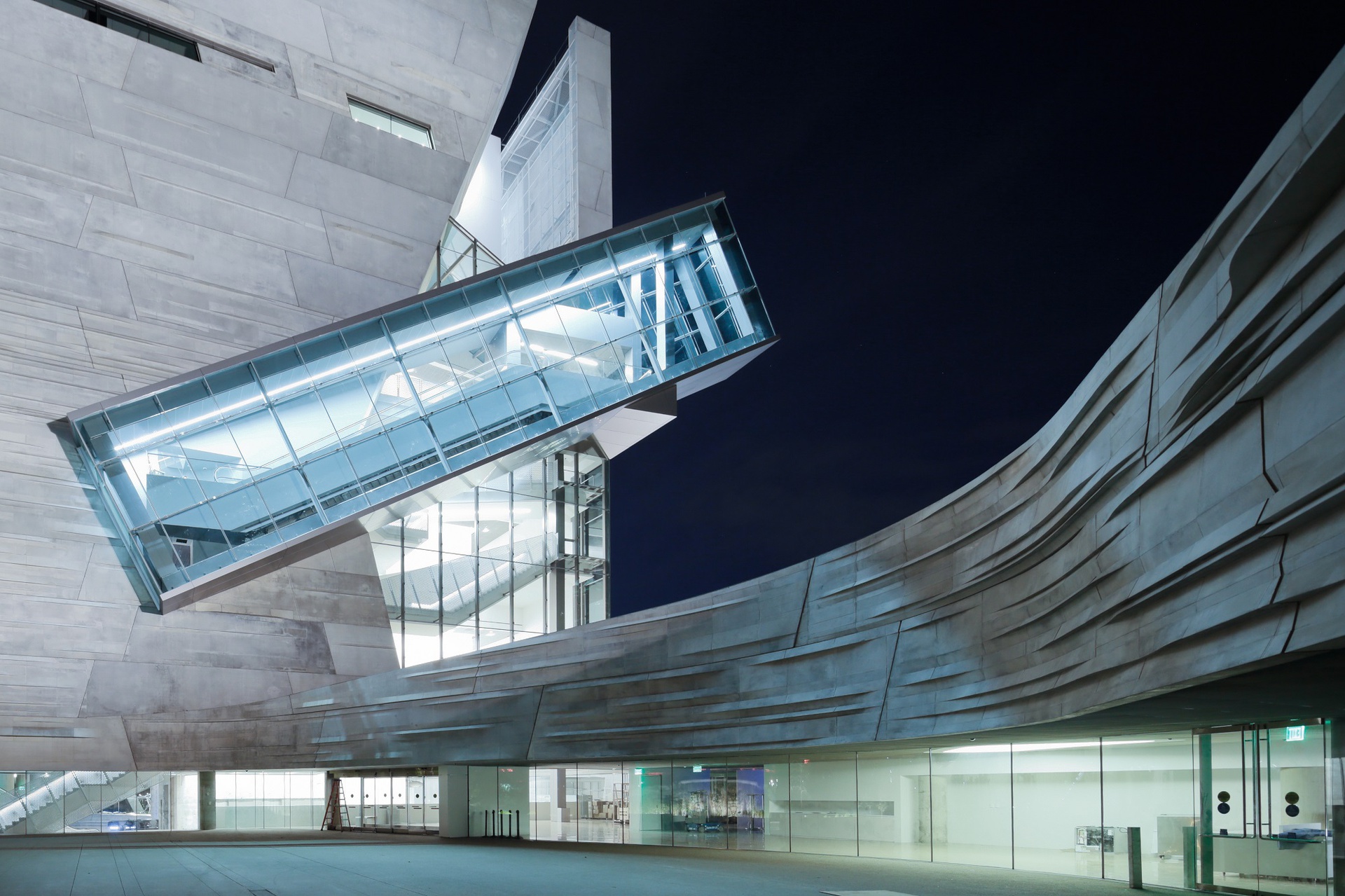 Morphosis announced today that it has named four new partners, expanding and building on the leadership structure of the firm that has been in place for more than a decade, while creating a foundation for setting the strategic direction of the firm well into the future. The new partners, Arne Emerson, Ung-Joo Scott Lee, Brandon Welling, and Eui-Sung Yi have served as principals of the firm for more than ten years, leading the design and delivery of projects and managing daily business operations in tandem with Pritzker Prize winning founder Thom Mayne. The new partnership structure is the first formal expansion of the firm’s leadership since its establishment in 1973.

“Expanding the partnership is the next evolutionary step in the firm as I envisioned it when I founded Morphosis more than four decades ago,” said Mayne. “I created Morphosis to be a collaborative enterprise. By naming Arne, Scott, Brandon, and Eui-Sung as partners, we are formalizing the current structure and creating opportunities for future viability and growth.”

Emerson, Lee, Welling, and Yi collectively have more than 75 years of experience with the firm, with a majority having joined the firm in the 1990s. They have served as project principals for many of the firm’s projects, including high-profile work such as:

The firm is widely recognized for innovative buildings such as the Bloomberg Center at Cornell Tech, the Perot Museum of Nature and Science, and Emerson College Los Angeles. The firm has grown significantly over the past decade to complete projects worldwide – including museums, embassies and high-rise towers. Morphosis remains committed to the development of innovative technologies, prioritizing performance-driven design that is environmentally, socially, and economically sustainable.

About the New Partners

Arne Emerson | Arne Emerson has more than 23 years of experience in the field. Since joining Morphosis in 2009, he has played a significant role in the design and construction of a broad range of national and international buildings, competitions, and planning projects in the U.S, Asia, Europe, and the Middle East. In addition to overseeing large international projects for Morphosis, Emerson also guides business development initiatives for the firm. He has worked on a variety of international project types and scales throughout his career, including museums, residential, mixed-use, master planning, retail, and healthcare facilities. He currently serves as Project Principal for the ENI Corporate Headquarters campus in Milan, one of the world’s leading energy companies; the new Corporate Headquarters for Lululemon in Vancouver, British Columbia; the 43-acre U.S. Embassy in Beirut, Lebanon, currently under construction; and the 400 meter 7132 Hotel Tower in Vals, Switzerland. He was Project Architect for the Perot Museum of Nature and Science in Dallas, Texas, which opened in 2012.

Ung-Joo Scott Lee, AIA | Ung-Joo Scott Lee has more than 21 years of experience in the field. Lee began his tenure at Morphosis in 1996 and is the Managing Partner of the firm’s New York office. Lee currently serves as Project Principal for major projects including the Casablanca Finance City Tower in Casablanca, Morocco, a 25-story tower that transforms previously unexplored space into a new business district and the U.S. Land Port of Entry at Alexandria Bay in Wellesley Island, New York, an iconic new gateway and vital artery for commerce along one of the busiest border crossings between the United States and Canada. Previously, Lee was the Project Principal for the LEED Platinum, Net Zero Bloomberg Center, the four-story, 160,000-square-foot academic hub of the new Cornell Tech campus on Roosevelt Island, New York, that opened in September 2017. As the intellectual nerve center of the applied science campus, the building bridges academia and industry while pioneering new standards in environmental sustainability.

Brandon Welling | Brandon Welling is the Managing Partner of Morphosis, overseeing the firm’s daily operations. A member of the firm since 1996, Welling is currently overseeing a variety of major initiatives as Project Principal, including the Orange County Museum of Art, the completion of the Centennial Tower in Singapore, and the new Vialia Vigo Train à Grande Vitesse (TGV) Station in Vigo, Spain, the new 43-acre U.S. Embassy in Beirut, Lebanon, currently under construction. He also led the completion of the A. Alfred Taubman Engineering, Life Sciences and Architecture Complex at Lawrence Technological University in Southfield, Michigan. Welling served as project manager for the Perot Museum of Nature and Science, for the FLOAT House in New Orleans, a prototype for affordable, flood-responsive housing designed for Brad Pitt’s Make it Right Foundation, and was project architect for the award-winning San Francisco Federal Building.

Eui-Sung Yi | Since joining Morphosis more than 25 years ago, Eui-Sung Yi has worked extensively across Asia and the US. He also serves as Director of The Now Institute, the firm’s research arm that fosters collaborations with academic institutions, including UCLA to create design-based solutions for pressing issues including urban revitalization, sustainability, public policy, and planning. As Project Principal, he led the completion of The Kolon One & Only Tower, the flagship 820,000-square-foot research and development facility for The Kolon Group, the leading textile manufacturing company in South Korea. He is also currently overseeing the construction of the Hanking Center Tower in Shenzhen, China. Topping out at 350 meters, the Tower is the tallest steel building in Asia, rethinking the traditional commercial office building through an innovative approach to circulation, social, and work spaces.