• Moshe Safdie, internationally acclaimed architect and the 2015 AIA Gold Medal Recipient, has been selected to design a new mixed-use building on West 30th Street between Broadway and 5th Avenue in Manhattan, which marks his firm’s first New York project. 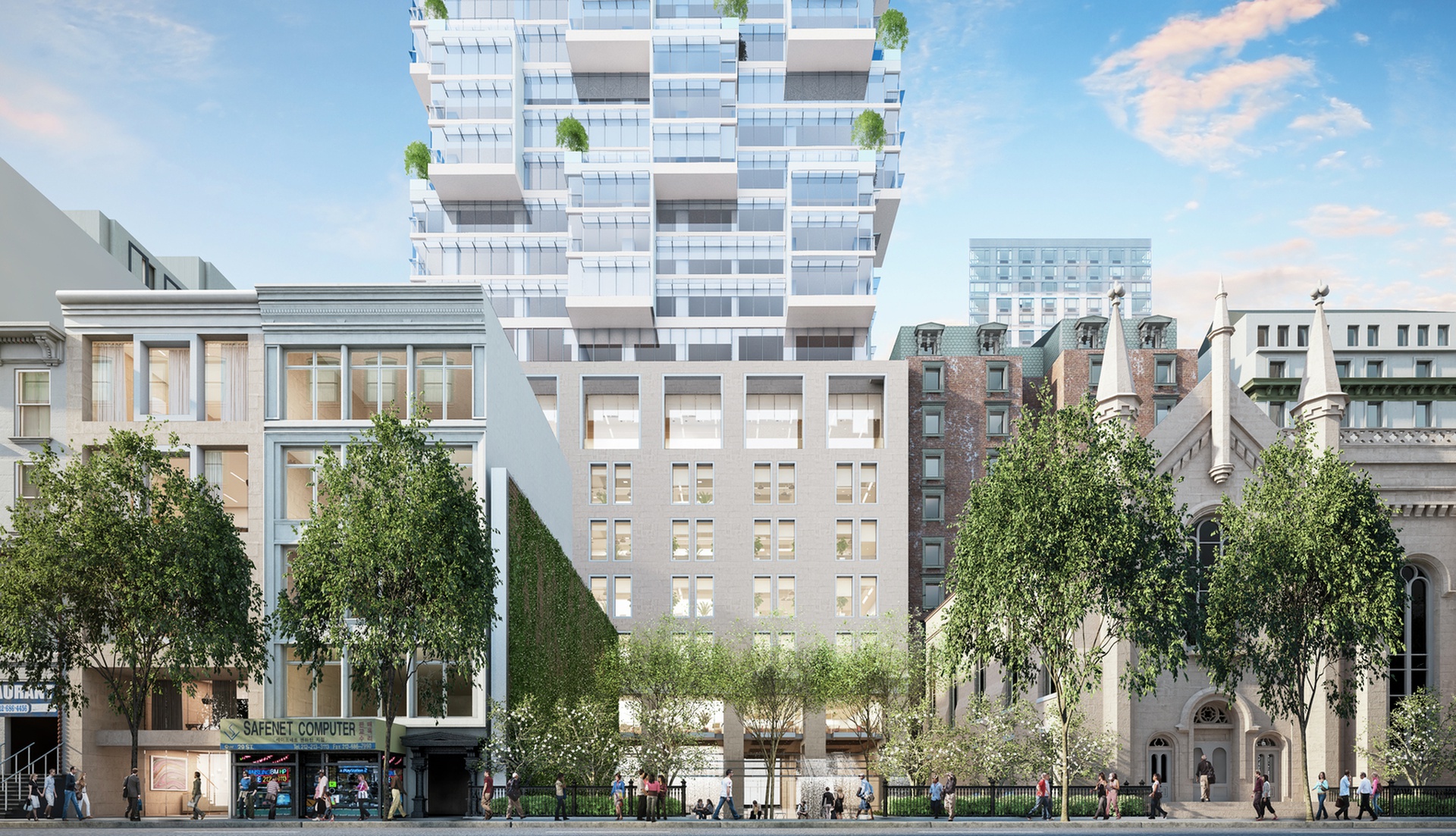 • Moshe Safdie, internationally acclaimed architect and the 2015 AIA Gold Medal Recipient, has been selected to design a new mixed-use building on West 30th Street between Broadway and 5th Avenue in Manhattan, which marks his firm’s first New York project.

• Safdie and his team have planned and designed the new mixed-use building that respects and celebrates the historic aesthetic and architectural character of the adjacent Marble Collegiate Church and that creates a new public garden directly west of the Church. The building will provide new administrative and programming spaces for Marble Collegiate’s congregation, for the administrative staff of the Churches and Intersections International, a major conflict resolution initiative of the Collegiate Churches. The funds generated by the development of the Safdie building will support both the restoration of the historic Church and the vital programs of the Collegiate Churches.

• Consistent with Mr. Safdie’s celebrated design philosophy, the project represents a natural extension of its physical, historical, and cultural environments. The base floors of the building, which will house the church facilities, will be clad in limestone that has been carefully selected to complement the marble of the church and detailed to respect the historic nature of the streetscape.

• The 64-story tower will create an iconic addition to the New York City skyline and will be distinguished by its vertical massing, which breaks down the scale of the tower into a series of three story high, offset projections. The offset projections also provide energy efficiency by self-shading the tower’s façade, further enhanced by additional sun shading at the south façade.

• The new structure has been purposefully sited to the north end of the site, allowing the church to stand freely as it was first constructed in 1854 and creating a new public garden designed by HMWhite.