Leaf Is Among the First Acquisitions Under Director Agustín Arteaga 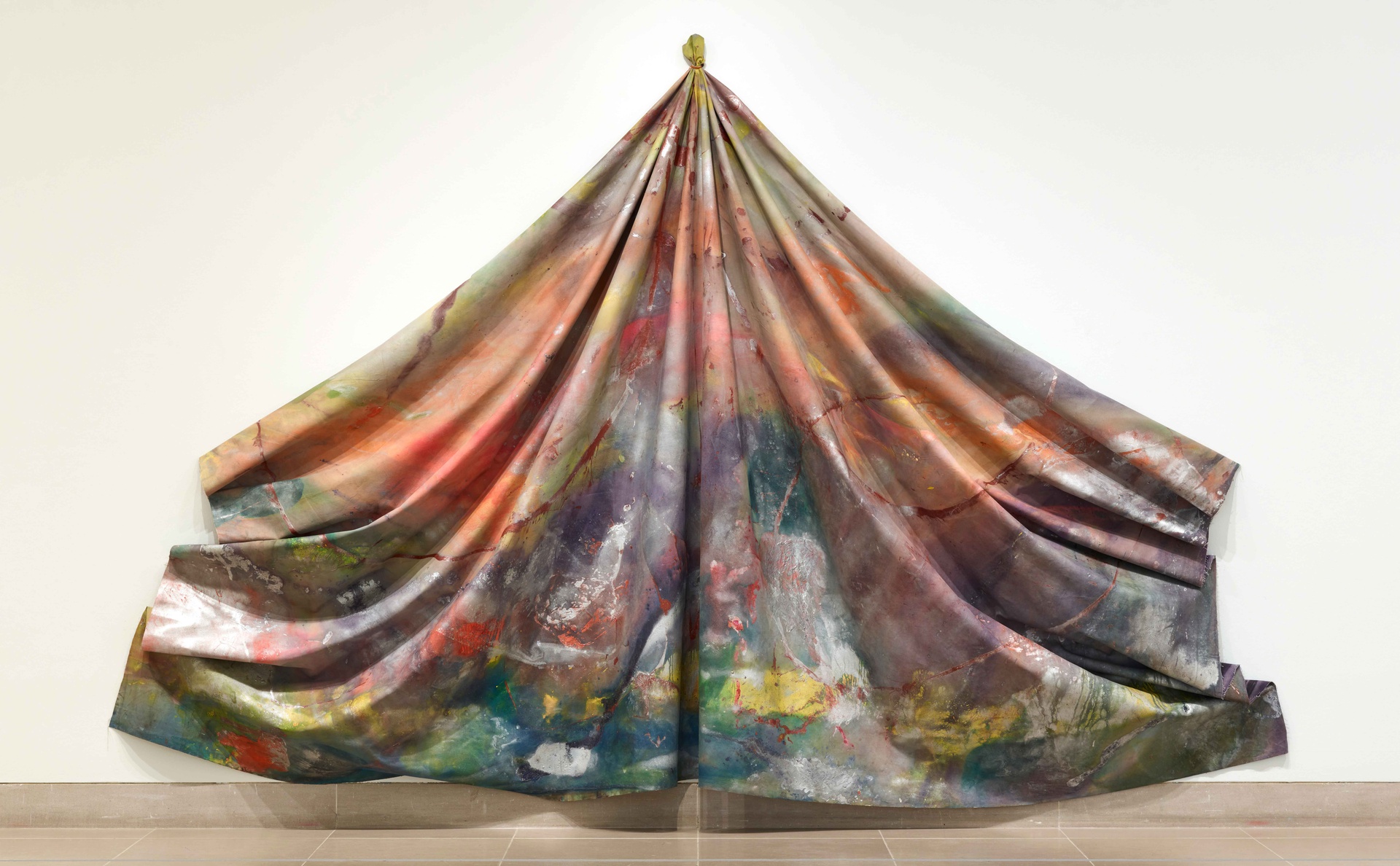 Leaf Is Among the First Acquisitions Under Director Agustín Arteaga

The Dallas Museum of Art today announced that it has acquired Sam Gilliam’s Leaf. The 1970 acrylic on canvas is a major example of Gilliam’s “Drape” paintings, an approach thatpushed Gilliam beyond chromatic and geometric temperance toward an uninhibited, expressive inventiveness. As the first work by Gilliam to enter the DMA’s collection, Leaf advances and complements the DMA’s holdings in postwar abstraction, particularly its collection of works related to the Washington Color School including Morris Louis, Kenneth Noland and Paul Reed. It is among the first acquisitions under Agustín Arteaga, the Dallas Museum of Art’s new Eugene McDermott Director, who began in his new role in September 2016.

“As the DMA’s first work by Gilliam, Leaf allows the exploration of more nuanced histories within the galleries and collection, and advances our commitment to expanding art historical narratives,” said Agustín Arteaga, the DMA’s new Eugene McDermott Director. “We are pleased to share this important work with our audiences, and to continue to reflect a diverse array of voices and communities in both our collection and programs.”

Sam Gilliam is known for his fluid application of color and relaxed approach to structure, both of which are exemplified in Leaf. Though the artist is often associated with the Washington Color School, which rejected gestural abstraction and embraced flat color planes, Gilliam eventually turned away from this approach in the late 1960s in favor of a freer application of color. This change took form in the artist’s iconic Beveled-edge and “Drape” paintings, in which canvases are liberated from their stretchers and suspended from walls and ceilings, blurring the lines between painting and sculpture.

To create his “Drape” paintings, Gilliam embraced intuition and improvisation by pouring acrylic paint directly on a canvas, which may be folded, tied into knots, or hung from architectural elements. With Leaf, the artist added to this process by hand blowing aluminum dust across the surface of the painted canvas. This metallic addition lends the work a glimmering quality that catches the light of a room, enhancing the sense of movement and organic nature already present in Leaf. Leaf’s softness in style and form tasks the curator with determining how the painted canvas will be displayed, demanding active participation of both curators and viewers alike.

“Sam Gilliam has attracted significant attention recently as an artist who pushed the limits of artistic process but also as a much needed corrective to our understanding of American painting in the post-1960 era,” said Gavin Delahunty, Hoffman Family Senior Curator of Contemporary Art. “His radical works on canvas without any painterly support, his signature achievement, were debuted in 1969 and came about after a sustained and deeply personal investigation into formalist art. This acquisition will be an invaluable resource for the collection and our audiences.”

Initiated by Gavin Delahunty, the acquisition of Leaf was only made possible through a generous and substantial gift from Timothy C. Headington. Leaf is currently on public view in the Museum’s Hanley Quadrant Gallery.

Sam Gilliam (born 1933) is an American artist associated with Color Field painting, Lyrical Abstraction, and Abstract Expressionism. Born in Tupelo, Mississippi, Gilliam studied art at the University of Louisville in Kentucky. After moving to Washington, D.C., in 1962, Gilliam became associated with the Washington Color School, which helped form much of his initial aesthetic. He is best known for his “Drape” paintings, which are freely hanging canvases richly stained and splattered with bright colors. His work often evades categorization, as it touches upon several different art movements and draws inspiration from numerous sources. Solo exhibitions of Gilliam’s work have been presented at the Whitney Museum of American Art; the Museum of Modern Art, New York; The Phillips Collection, Washington, D.C.; The Studio Museum in Harlem, New York; and Philip Morris Branch, New York, among others. Gilliam’s work was also included in the American Pavilion at the 36th Venice Biennale in 1972.