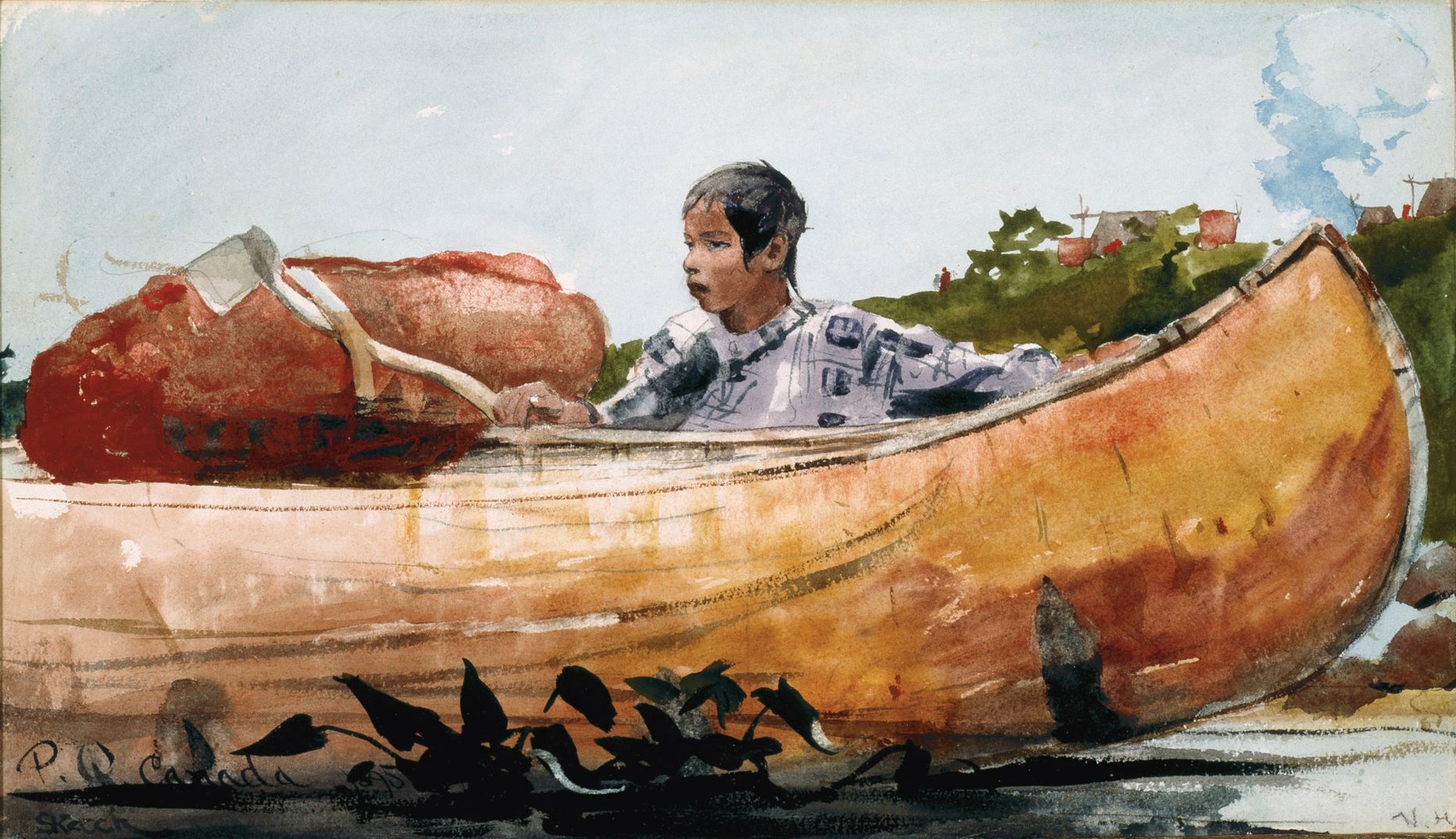 The Denver Art Museum (DAM) is proud to announce Natural Forces: Winslow Homer and Frederic Remington, an exhibition that will reveal connections between common artistic themes and techniques used by acclaimed American artists Winslow Homer (1836-1910) and Frederic Remington (1861-1909) through 60 artworks. Natural Forces is co-organized and co-curated by a team of four curators, including the DAM’s Thomas Brent Smith, curator of Western American Art and Director of the Petrie Institute of Western American Art and Jennifer Henneman, associate curator of western American art; Diana Greenwold, Associate Curator of American Art at the Portland Museum of Art; and Maggie Adler, Curator atthe Amon Carter Museum of American Art. It will debut at the DAM before traveling to the Portland Museum of Art in Portland, Maine, and the Amon Carter Museum of American Art in Fort Worth, Texas. Natural Forces will be on view at the DAM from March 15, 2020 to June 7, 2020.

“The first exhibition of its kind, Natural Forces will present visitors with new aspects of the two artists’ oeuvres and stories that contributed to Homer and Remington’s legacies as distinguished figures in American art,” said Christoph Heinrich, Frederick and Jan Mayer Director of the DAM. “We look forward to showcasing an exhibition of Homer and Remington works connected by the time in which they lived, a time of rapid urbanization, industrialization and modernization across America.”

Born a generation apart, both artists succeeded in capturing the quintessential American spirit through works of art at the turn of the late-19th and early-20th centuries, an era of growing industrialization and notions of the closing of the American Western frontier. Homer, whowas considered the most original painter of his time, prospered by creating masterful depictions of the Eastern Seaboard, while Remington became famous for his iconic representations of the American west. The work of these two largely self-taught artists continues to be celebrated as independent, innovative and homegrown.

“To our knowledge, there is no solid evidence that these two artists ever met, but we believe they had to have known about each other,” said Smith. “We look forward to demonstrating Homer and Remington’s shared artistic experiences and themes that captured the hearts of Americans of the time, elements that contribute to shaping a compelling exhibition narrative.”

Organized thematically and chronologically in five sections, Natural Forces will begin with an introduction of iconic artworks that represent the arc of the artistic careers of both artists, illuminating visual connections between their oeuvres. Artworks such as Homer’s The West Wind and Remington’s The Fall of the Cowboy will work in tandem to set the visual and thematic tone for the exhibition, primarily comprised of oil paintings, with additional watercolor artworks by Homer and bronze sculptures by Remington.

The introduction will be followed by a section focused on war and illustration. Homer and Remington began their artistic careers as war correspondents, both working on the frontlines of wars for Harper’s Weekly. Homer captured the American Civil War by illustrating battle scenes and camp life, while Remington produced illustrations related to Geronimo and the American Indian Wars and, later, painted the Spanish-American War, eventually becoming known as the “soldier artist.”

“Homer and Remington created some of their greatest and most mature works from the 1880s into the 20th century,” said Henneman. “Homer began to experiment with watercolor and Remington with bronze. Homer, well established as a preeminent artist, painted selectively and marketed his works carefully up until his death in 1910. The younger Remington desired the same kind of critical acclaim, and worked prolifically to produce iconic paintings for his solo shows in New York City until his unexpected death in 1909.”

The third section, titled Up North, will address both artists’ connections to the Adirondack mountain region of upstate New York. There, they escaped urban life to enjoy hunting, fishing and the wilderness. While Homer’s connections to the North Country are well known, Remington’s roots in the region will come as a surprise, especially to those accustomed to thinking of him as a Western character because of his artwork.

Natural Forces will be the fourth section of the exhibition that will illuminate the theme of man versus nature and, in some cases, man against man. Through the artworks that will be on display, such as Homer’s Undertow and Remington’s Buffalo Runners – Big Horn Basin, the works will question bravery, heroism and adaptation during social and cultural change.

The final section of Natural Forces will examine the somber and psychological works produced by both artists at the pinnacle of their careers. The sometimes melancholic and pensive qualities of these artworks reinforces that these men were not only painters of drama and conflict, but also utilized their knowledge of color and form to create symbolic languages imbued with mystery and anxiety.

A 225-page exhibition catalog, published in collaboration with Yale Publishing, will be available in The Shop at the Denver Art Museum and online. National leading scholars contributing to the publication include Smith and Henneman, along with Adam Gopnik, Maggie Adler, Diana Greenwold and Claire Barry, Director of Conservation at the Kimbell Art Museum. Additionally, The Petrie Institute of Western American Art will present a symposium focused on the artistic works of Homer and Remington on Jan. 8, 2020.

Natural Forces will be on view in Gallagher Gallery and is included in general admission, which is free for members and youth ages 18 and under.

Natural Forces: Winslow Homer and Frederic Remington is organized by the Denver Art Museum, the Amon Carter Museum of American Art and the Portland Museum of Art. Sponsorship of the national tour is generously provided by Bank of America. Additional funding is provided by donors to the Annual Fund Leadership Campaign and the citizens who support the Scientific and Cultural Facilities District (SCFD). This exhibition is supported by an indemnity from the Federal Council on the Arts and the Humanities. Promotional support is provided by 5280 Magazine, CBS4, Comcast Spotlight and The Denver Post.