Museum to Present National Debut of Her Paris: Women Artists in the Age of Impressionism

Through more than 80 paintings, the fall 2017 exhibition will explore the artistic production of women in Paris between 1850-1900, including Berthe Morisot, Mary Cassatt and Marie Bracquemond 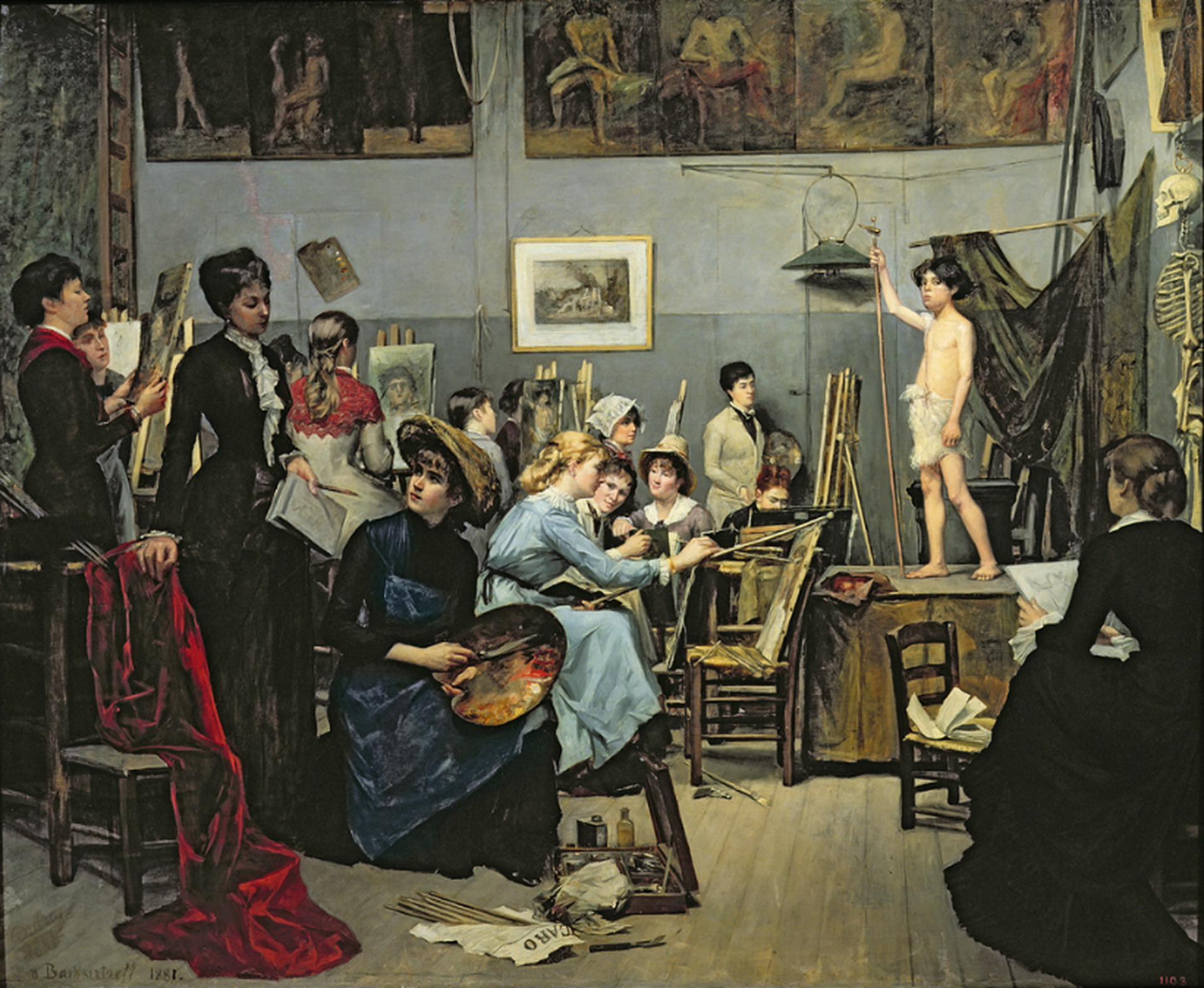 Through more than 80 paintings, the fall 2017 exhibition will explore the artistic production of women in Paris between 1850-1900, including Berthe Morisot, Mary Cassatt and Marie Bracquemond

DENVER—March 16, 2017—The Denver Art Museum (DAM) is proud to present the national debut of Her Paris: Women Artists in the Age of Impressionism, a traveling exhibition organized by the American Federation of Arts (AFA), from Oct. 22, 2017 to Jan. 14, 2018. The exhibition surveys the remarkable artistic production of women in Paris during the second half of the 19th century, a time of great social, cultural and artistic change, revealing the breadth and strength of their achievements. Her Paris: Women Artists in the Age of Impressionism will feature more than 80 paintings by 37 women artists from across Europe and America, who migrated to Paris to further their artistic careers. They range from well-known artists such as Berthe Morisot (French), Mary Cassatt (American) and Rosa Bonheur (French), to painters who are lesser-known in the United States, including Anna Ancher (Danish) and Paula Modersohn-Becker (German).

“We are delighted to present the national debut of this exhibition that will offer visitors deeper insight into this artistic period, and the work of women artists who were very active in Paris, the epicenter of art during the second half of the 19th century for both established and aspiring artists,” said Christoph Heinrich, Frederick and Jan Mayer Director of the DAM. “Furthermore, to work with an esteemed organization such as the American Federation of Arts to display extraordinary work by 37 women from across Europe and the United States in one exhibition is an exceptional opportunity.”

The exhibition aims to expand the understanding of this rich art historical period when the influence of the École des Beaux-Arts (Academy of Fine Arts) over the art community was losing ground to new avant-garde movements—such as impressionism—and demonstrates the formative role women artists played in the other major currents of European modernism, including realism and symbolism. Some of the most renowned artists of this period, such as Morisot, Cassatt and Marie Bracquemond, embraced the looser brushstrokes and painterly techniques of impressionism, a stylistic challenge to the artistic dogmas of the Academy.

“The works on display in Her Paris are powerful examples of the technical and stylistic achievements of these women who had to overcome gender-based limitations that prevented their full participation in the artistic community, and a societal reluctance to accept their professional ambitions,” said Angelica Daneo, curator of painting and sculpture at the DAM. “This is not an exhibition about recreational endeavors, but about art as a professional pursuit, a driving passion to which these notable artists devoted their life.”

Drawn from prominent collections in Europe and the United States, Her Paris is curated by Laurence Madeline, independent curator and former Chief Curator of the fine arts division of the Musées d’art et d’histoire (MAH), Geneva, and curated locally by Angelica Daneo. The works are organized thematically into groups including self-portraits, portraits of fellow artists and intimate scenes with family and friends, among other genres most practiced by women artists at the time.

Even though Paris was known as a cosmopolitan city, Parisian society was still very restrictive for women. They were not allowed to attend to the École des Beaux-Arts (Academy of Fine Arts)—the country’s most important art academy—until 1897, and it was not socially acceptable to frequent public spaces, such as cafes, to work on their art and mingle with their peers without a male companion. The exhibition will trace how, despite societal challenges, women embraced their artistic aspirations and helped create an alternative system that included attending private academies, exhibiting independently and forming their own organizations, such as the influential Union des Femmes Peintres et Sculpteurs in 1881.

The exhibition will be ticketed, with tickets going on sale Tuesday, Aug. 22, at 10 a.m. on the museum’s website. Her Paris will be on view in the Anschutz Gallery in the Frederic C. Hamilton Building at the DAM. A catalog published by the AFA will be available in The Shops at the Denver Art Museum.

The accompanying fully illustrated exhibition catalog, published by the AFA in association with Yale University Press, surveys the activities and contributions of women painters who worked in Paris in the late 19th century, and provides an examination of the sociopolitical conditions that shaped the culture of the period. In addition to an art-historical overview by Laurence Madeline, the catalog includes essays by Bridget Alsdorf, Associate Professor, History of Art, Princeton University; Jane R. Becker, Collections Management Assistant, Metropolitan Museum of Art; Joëlle Bolloch, former Head of Research, Musée d’Orsay; Vibeke Hansen, Curator, Nasjonalmuseet, Oslo; and Richard Kendall, former Curator at Large, Clark Art Institute. Support for the accompanying publication is provided by Furthermore: a program of the J.M. Kaplan Fund.

The exhibition is organized by the AFA and curated by independent curator Laurence Madeline.It is generously supported by the National Endowment for the Arts. Additional funding is provided by the JFM Foundation, the Florence Gould Foundation, the Barbro Osher Pro Suecia Foundation, the Swiss Arts Council Pro Helvetia, Steph and Jody La Nasa, Victoria Ershova Triplett, the American-Scandinavian Foundation and the Finlandia Foundation.

About the Denver Art Museum

The Denver Art Museum is an educational, nonprofit resource that sparks creative thinking and expression through transformative experiences with art. Its holdings reflect the city and region—and provide invaluable ways for the community to learn about cultures from around the world. Metro citizens support the http://www.scfd.org (SCFD), a unique funding source serving hundreds of metro Denver arts, culture and scientific organizations. For museum information, call 720-865-5000 or visit http://www.denverartmuseum.org.

About the American Federation of Arts

The American Federation of Arts (AFA) is the leader in traveling exhibitions internationally. A nonprofit organization founded in 1909, the AFA is dedicated to enriching the public’s experience and understanding of the visual arts through organizing and touring art exhibitions for presentation in museums around the world, publishing exhibition catalogues featuring important scholarly research, and developing educational programs. For more information about the AFA, visit http://www.amfedarts.org.

Museum to Present National Debut of Her Paris: Women Artists in the Age of Impressionism