Acting Out examines how a little-studied photographic phenomenon transformed public perception and laid groundwork for the snapshot. 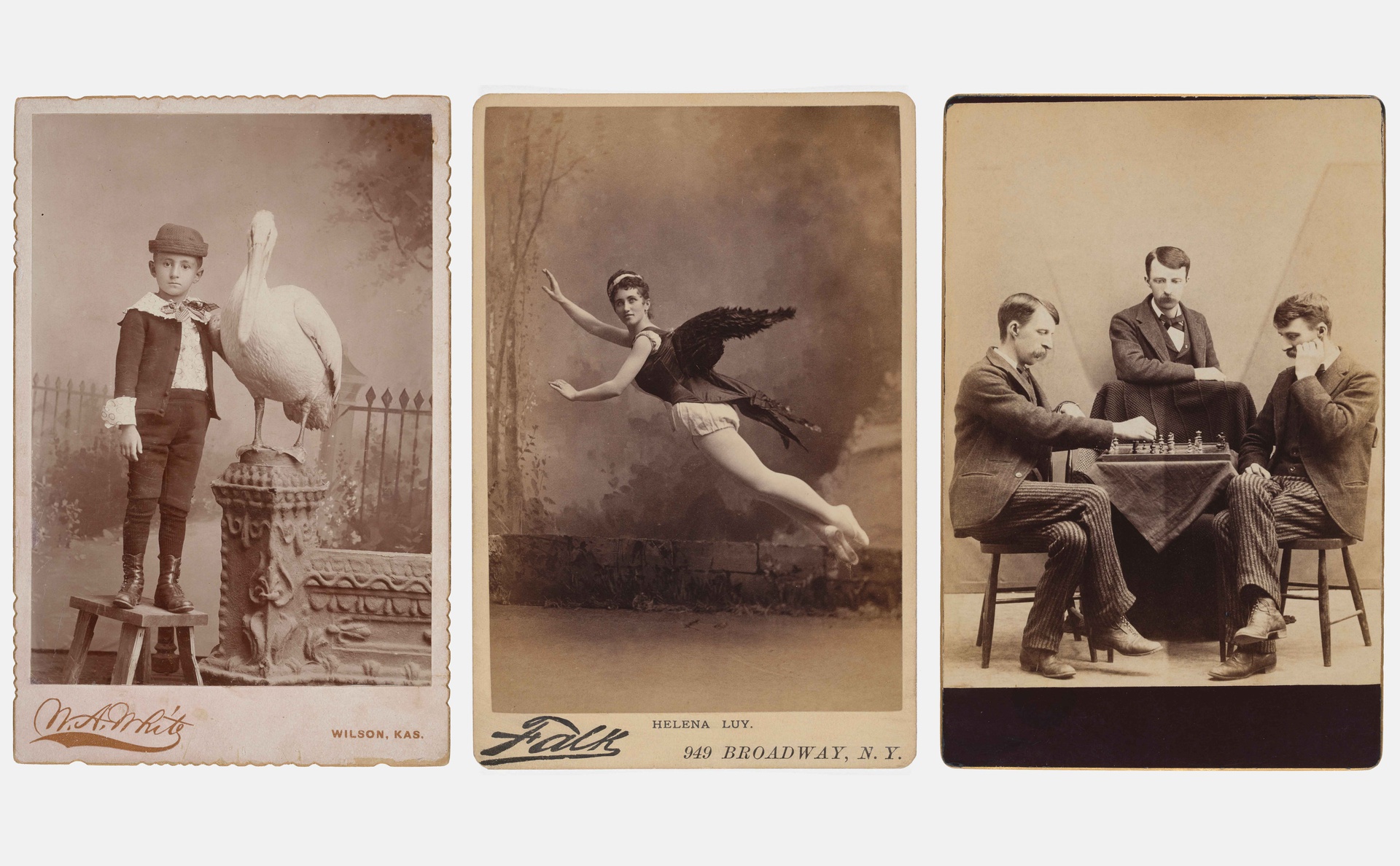 Image
Images courtesy of the Robert E. Jackson Collection and the Amon Carter Museum of American Art, Fort Worth, Texas,

This August, the Amon Carter Museum of American Art (the Carter) will present Acting Out: Cabinet Cards and the Making of Modern Photography, an exhibition offering the first in-depth examination of the nineteenth-century photographic phenomenon of cabinet cards. Charting the proliferation of this underappreciated photographic format, Acting Out reveals that cabinet cards coaxed Americans into thinking about portraiture as an informal act, forging the way for the snapshot and social media with its contemporary “selfie” culture. Acting Out presents hundreds of photographs—many on view publicly for the first time—from collections nationwide, including examples from the Carter’s own extensive photography collection. On view August 18 through November 1, 2020, the exhibition is organized by the Carter and will travel to the Los Angeles County Museum of Art.

In the second half of the nineteenth century, cabinet cards gave birth to the golden age of photographic portraiture in America. Measuring 6 1/2 by 4 1/4 inches, roughly the size of the modern-day smartphone screen, they were three times larger than the period’s leading photographic format. This larger size revealed previously obscured details in the images captured, encouraging action-ready gestures and the introduction of an astonishing array of props. Where photographs had once functioned as solemn records of likeness and stature, cabinet cards offered a new outlet for entertainment and remembering life’s everyday moments.

Acting Out investigates how this new performative medium prompted sitters to become far more comfortable with having their portrait made. By the time Eastman Kodak introduced its new affordable Brownie camera in 1900, cabinet cards had primed Americans to photograph every aspect of their lives. Though produced over 100 years ago, cabinet cards have a familiarity and a levity that resonates with our experience of photography today.

“Acting Out exemplifies the Carter’s commitment to organizing exhibitions rooted in groundbreaking scholarship, a core tenet of our curatorial philosophy,” stated Andrew J. Walker, Executive Director. “This exhibition harnesses the resources of our vast photography collection and archive to show visitors the contemporary relevance of the medium’s pre-modern history.”

The exhibition is organized into four sections chronicling the birth and evolution of the cabinet card:

“In our current moment of ‘selfie’ culture and social media-centered interaction, understanding the history of self-presentation and portraiture is more prescient than ever,” said John Rohrbach, Senior Curator of Photographs at the Carter. “This exhibition reveals how nineteenth-century Americans approached photography far more playfully than ever before, a transformation that forever shifted our relationship to the medium.”

Acting Out: Cabinet Cards and the Making of Modern Photography was organized by the Amon Carter Museum of American Art. The exhibition is supported in part by the Alice L. Walton Foundation Temporary Exhibitions Endowment and accompanied by a 232-page catalogue co-published with the University of California Press, Berkeley. The book is the first dedicated to the history of the cabinet card and features color plates of 100 cards at their actual size. Contributors include Dr. John Rohrbach, Senior Curator of Photographs at the Amon Carter Museum of American Art; Dr. Erin Pauwels, Assistant Professor of American Art at Temple University; Dr. Britt Salvesen, Department Head and Curator of the Wallis Annenberg Department of Photography at the Los Angeles County Museum of Art; and Fernanda Valverde, Conservator of Photographs at the Carter.