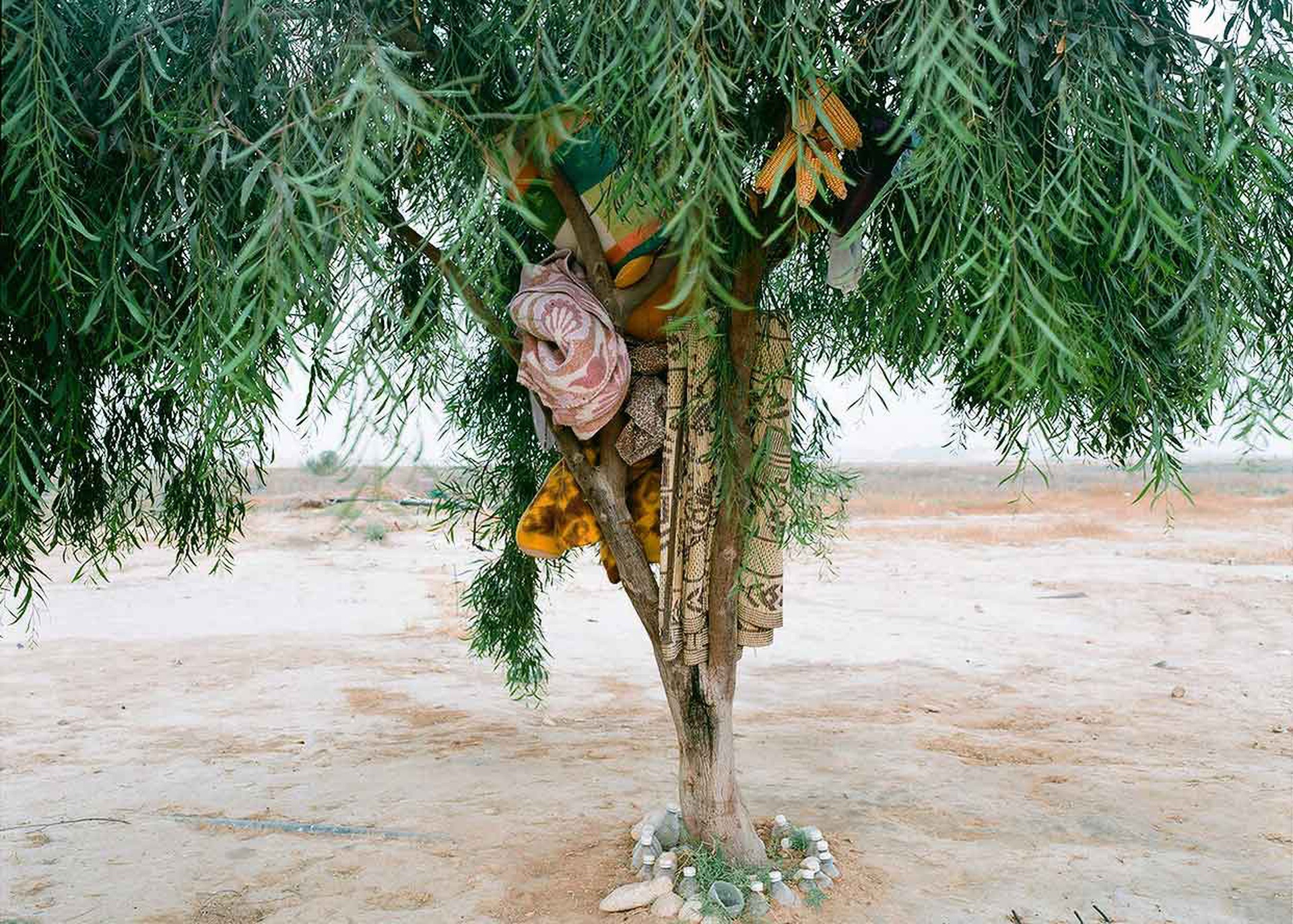 Two exhibitions by leading Israeli photographers at the Israel Museum will provide an intimate portrait of two immigrant communities whose circumstances represent an historic and contemporary account of Israel’s changing demographics. In Ron Amir: Doing Time in Holot, contemporary photographer Ron Amir presents large-format images and video documenting the lives of Sudanese and Eritrean asylum seekers currently held in Israel’s Holot Detention Center. On view concurrently is a body of work recently gifted to the Museum by photographer Yaakov Shofar depicting members of the Israeli Black Panthers, a group of second-generation Jewish immigrants living in Jerusalem in the 1970s and 1980s. These exhibitions together showcase the documentary impulse of two Israeli photographers to capture the nation’s shifting social landscape. Both exhibitions are on view from December 20, 2016 through April 22, 2017.

“These two exhibitions meaningfully extend the Museum’s pioneering commitment to Israeli photography by focusing the camera inward on events in our own region that resonate with contemporaneous phenomena on a global scale,” said James S. Snyder, Anne and Jerome Fisher Director of the Israel Museum. “The images produced by Ron Amir, amplified by those of Yaakov Shofar, are important not just as records of history, but also as works of art that probe the complex and ever-evolving relationship between social identity and place.”

Featuring 40 large-scale color photographs and five video works, Ron Amir: Doing Time in Holot depicts the lives of more than 3,500 refugees from Sudan and Eritrea who are currently held in the Holot Detention Center. These migrants, who fled their home countries to escape violence and oppression, are not authorized to live or work legally in Israel. While they can move freely beyond Holot during the day, they are required to sign in and out of the center in the mornings and evenings.

Amir’s photographs document activities outside the center’s gates, where the refugees have developed a culture based on their unique circumstances. Using found objects such as sticks, sand, and stones from the Negev Desert, and inspired by the aesthetics of their home countries, they have built makeshift communal huts, tea shops, benches, gyms, ovens, and other amenities. While the refugees themselves are not visible in the photographs, their creativity, ingenuity and cultural aesthetics are evident in Amir’s depictions of the landscape, imprinted with activity from their everyday lives.

Amir’s project also highlights the deeply personal relationship between photographer and subject. In the video work Don’t Move, Amir struggles to keep his sitters still long enough to photograph them, a prolonged process due to the exposure time required by his large-format photographic technique. At the same time, the individuals who grow restless from posing use their own mobile phones to photograph Amir. This interaction lasts until sunset, when the image on the screen can hardly be seen and the refugees must return to the detention camp. The video introduces a dialogue about the history of photography, juxtaposing the “obsolete” large-format camera with more modern technologies.

Ron Amir: Doing Time in Holot marks the first time these works have been presented to the public, as well as Amir’s first presentation at the Israel Museum. The exhibition is accompanied by a comprehensive catalog of the same name. It includes an exploration of Amir's work by exhibition curator Noam Gal, an analysis of migration and globalization by philosopher Arjun Appadurai, and a demographic overview of migration in contemporary Israel.

In dialogue with Amir’s work, the Museum showcases Born in Israel, a collection of some 30 black and white photographs by Israeli photographer Yaakov Shofar. The images, taken between 1978 and 1982, are intimate portraits of the Israeli Black Panthers, a group of second-generation Jewish immigrants hailing from Arab countries. Inspired by the Black Panther Party in the United States, these activists staged protests in Israel during the 1970s and 1980s, opposing what they viewed as discriminatory policies against Middle Eastern immigrants.

Shofar’s subjects appear both theatrically playful and candidly exposed as they are interviewed and photographed inside their Jerusalem neighborhoods. Shofar's masterful camera work highlights the power of community-based documentary photography and reflects upon the specific circumstances of immigrant communities.

In 2015, in honor of the Israel Museum’s 50th anniversary, Shofar gifted his entire Born in Israel collection to the Museum’s Department of Photography. The collection has been shown only once, at the Haifa Museum of Art in 1983, after which Shofar abandoned his photographic career.

Ron Amir: Doing Time in Holot and Yaakov Shofar: Born in Israel are curated by Noam Gal, Horace and Grace Goldsmith Curator of Photography in the Noel and Harriette Levine Department of Photography.