As the first opera performances in Apollo Theater history, and first NYC appearance by Opera Philadelphia, YARDBIRD will be led by Maestro Corrado Rovaris with Lawrence Brownlee Starring as the Iconic Musician 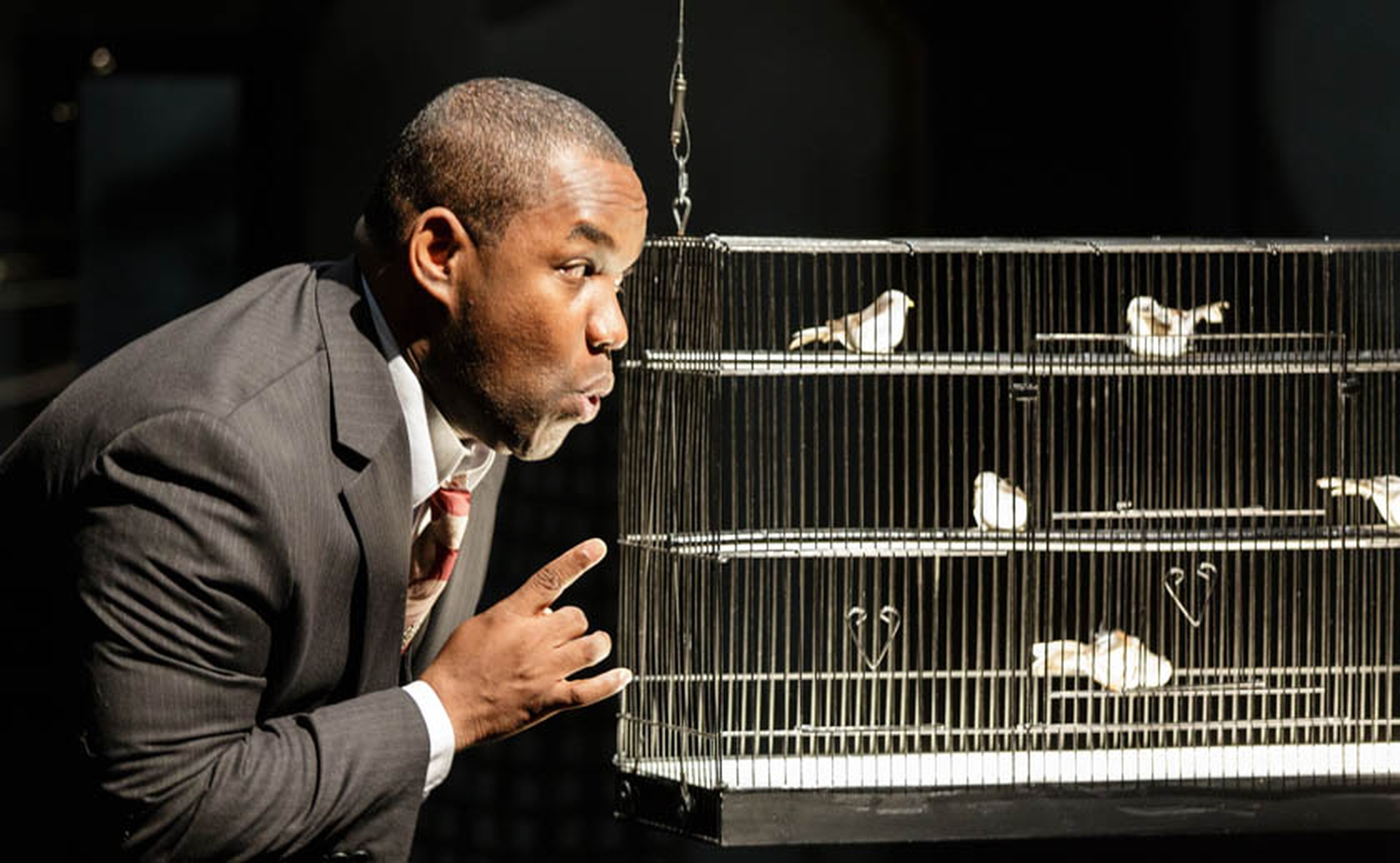 As the first opera performances in Apollo Theater history, and first NYC appearance by Opera Philadelphia, YARDBIRD will be led by Maestro Corrado Rovaris with Lawrence Brownlee Starring as the Iconic Musician

Set in the famed Birdland jazz club on March 12, 1955, the day Charlie Parker died, the opera invites audiences directly into the mind and heart of the great saxophonist as he composes his final masterpiece, and revisits the inspirations, demons, and women who fueled his creative genius. The New York premiere reunites Lawrence Brownlee, the “energetic, bright-voiced tenor” (The New York Times) in the lead role as the legendary jazz saxophonist, with much of the original cast alongside Maestro Corrado Rovaris and the Opera Philadelphia Orchestra, who performed the work’s world premiere to five sold-out audiences in June.

Parker had a rich history with the Apollo and performed at the Theater many times, beginning in 1943 with the Earl Hines Orchestra—including Little Benny Harris, Dizzy Gillespie, and Charlie “Yardbird” Parker. During his many engagements at the Apollo, Parker developed the bebop style and also experimented with classical and other musical forms.

“The real Charlie Parker played the Apollo Theater, and I am honored to be bringing this opera about Bird’s life and music to Harlem with Opera Philadelphia and the Apollo,” said Lawrence Brownlee. “Taking on this role is a challenge that I have greatly enjoyed and I am thrilled to revisit it in New York, where Charlie enjoyed some of his greatest triumphs and endured some of the hardships and trials that ultimately brought his life to a premature end. I think this opera will bring people an even greater appreciation for the man behind the music that we all love so much.”

“The world premiere of Charlie Parker’s YARDBIRD was a watershed moment in the history of Opera Philadelphia, capping our 40th Anniversary Season with a nationally-acclaimed new work as we were expanding the company’s impact in both our community and as a leader in our field,” said David B. Devan, General Director and President of Opera Philadelphia. “We are thrilled to partner with the incredible Apollo Theater, a driving force in shaping America’s music landscape, to bring this opera to New York City, where Bird helped to create bebop.”

“The Apollo Theater gave platforms to so many of America’s great artists, providing a forum for experimentation and innovation that is reflected so richly in Charlie Parker’s development of bebop and crossover work bringing together jazz and classical music,” said Mikki Shepard, the Apollo Theater’s Executive Producer. “This legacy of innovation across genres continues to inform the Apollo’s mission and programming, as a home for emerging and established artists to push the boundaries of their art forms—from jazz to hip hop to dance to comedy, and now opera. We are continuing to grow and deepen our engagement with artists and audiences, with a record more than 100 performances on our stages this season. We are so proud to partner with Opera Philadelphia to bring YARDBIRD to New York, and to produce opera on the Apollo stage for the very first time.”

The Apollo Theater led the way in introducing a broader audience to bebop when, in 1943, Theater owner Frank Schiffman booked the experimental bebop band The Earl Hines Orchestra, including Little Benny Harris, Dizzy Gillespie and Charlie “Yardbird” Parker. Parker and Gillespie would perform their new style of music at the Apollo as well as at other jazz clubs and after-hours venues, ushering in a new era that resulted in the transformation of big band swing to bebop. Parker was widely considered one of the architects of the bebop sound and conducted bold musical experiments during his engagements at the Apollo. Parker realized a lifelong dream in 1949 to record with string instruments. In 1950, the first live performances of his cutting edge Charlie Parker with Strings, a recording which bridged the gap between jazz and classical music, was presented at the Apollo.

The June 2015 engagement of Charlie Parker’s YARDBIRD was Opera Philadelphia’s first world premiere production from its renowned American Repertoire Program, a commitment to present at least one new American opera each season. Described as a “major achievement from a company that is committed to creating a fresh work every year” (The Denver Post), the 90-minute chamber opera was celebrated by Philadelphia audiences for its many powerful performances. Soprano Angela Brown was “astonishing” as Parker’s mother, Addie, showing “tremendous moral authority” in her acting and “the kind of singer-role affinity that is hard to imagine ever untangling” (The Philadelphia Inquirer). As The Wall Street Journal reported, “When the trumpeter Dizzy Gillespie (baritone Will Liverman) appears and he sings with Parker, his friend and colleague, it feels like a jam session.” Mezzo-soprano Tamara Mumford, as Baroness Pannonica de Koenigswarter, “offered elegant stage presence and beautifully sculpted tone” (Opera News). Soprano Rachel Sterrenberg “makes an ideal Chan” (The New York Times) while mezzo-soprano Chrystal E. Williams “sounded fiery and gorgeous” (Opera News) as Rebecca Parker. The role of Charlie’s second wife Doris Parker, performed by soprano Angela Mortellaro in Philadelphia, will be performed by soprano Elena Perroni in New York. The company will again be joined by stage director Ron Daniels. The New York premiere is something of a homecoming for Swiss-American composer Daniel Schnyder and librettist Bridgette Wimberly, both of whom currently reside in Harlem.

Charlie Parker’s YARDBIRD owes its inception to Corrado Rovaris, Opera Philadelphia’s Jack Mulroney Music Director, who first met Schnyder in 2011. It was Rovaris who brought the composer and Brownlee together, and upon hearing Brownlee sing Schnyder immediately likened the color of his voice, the virtuosity of his singing, and his technical command to that of Charlie Parker. In YARDBIRD, Schnyder created “a wide-ranging, genre-mixing sonic world” (Downbeat) which is “often striking, with a jazzy groove and an audible response of sound to emotional state” (The Washington Post).

The Apollo Theater and Opera Philadelphia are especially grateful to the Ford Foundation, Howard Gilman Foundation, Merrill Lynch, the Fan Fox and Leslie R. Samuels Foundation and a coalition of funders for their generous support of the YARDBIRD New York premiere.