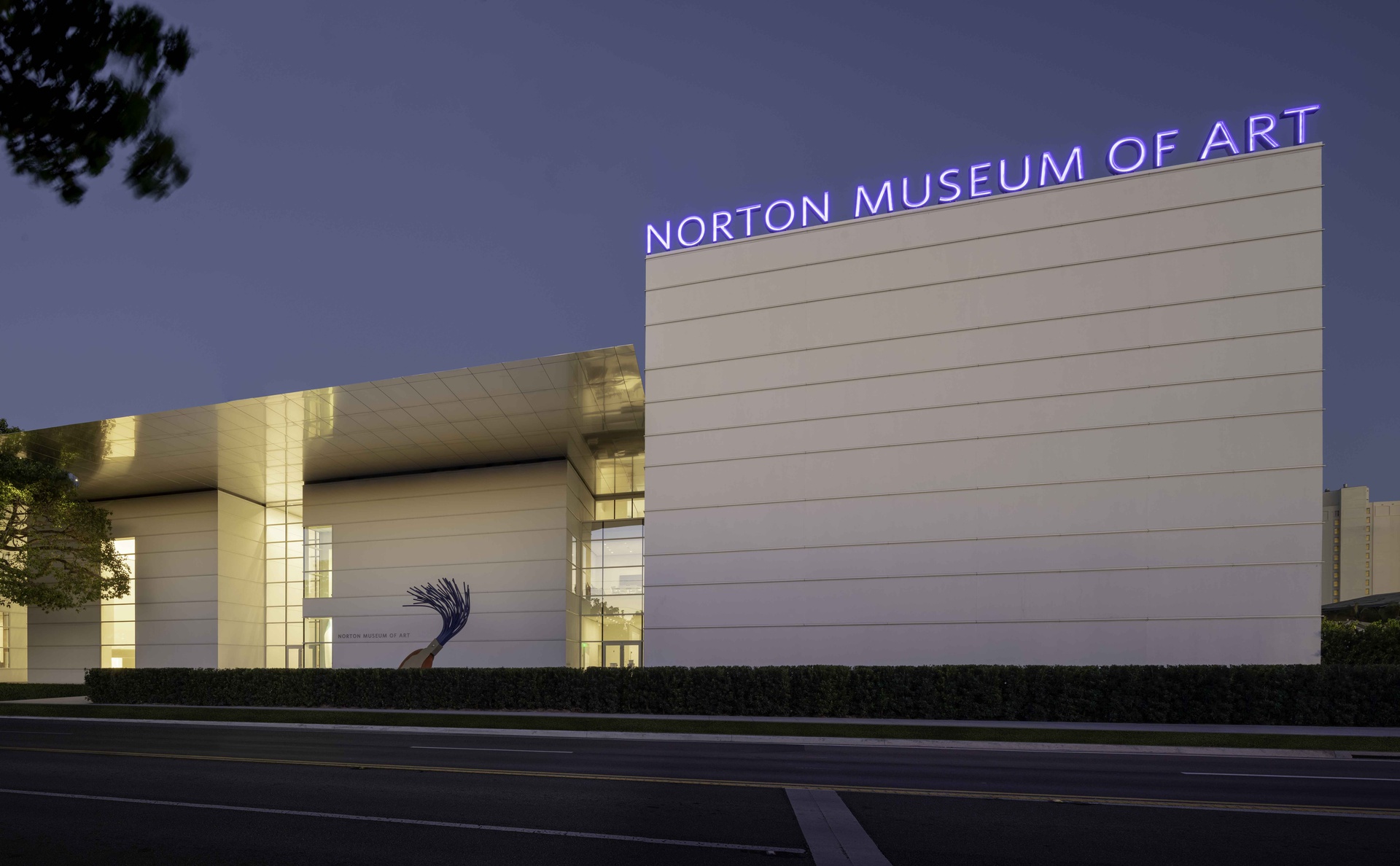 Today, the Norton Museum of Art announced For the Record: Celebrating Art by Women, a new exhibition drawn largely from the Norton’s collection that explores issues of representation and inclusion in the art world. On view June 11 through October 3, For the Record features work by Emma Amos, Teresita Fernández, Helen Frankenthaler, Gertrude Käsebier, Käthe Kollwitz, Maria Martinez, Mariko Mori, Alison Saar, Mary Sibande, and Carrie Mae Weems, among others. With its interrogations of themes of labor, activism, race, identity, gender, and perceptions of “masculine” and “feminine” media and scale, the exhibitionillustrates the diversity of art by women – from technique to subject matter – and the need for equity in representation. For the Record is curated by Assistant Curator J. Rachel Gustafson.

The Museum also announced today that it will expand its hours and public programs next month. June 1 will kick off summer at the Norton, with the museum open six days a week and free admission for Palm Beach County residents with a valid ID on Saturdays through Labor Day. With a robust calendar of programs for visitors of all ages, guests can enjoy offerings such as yoga classes, Sculpture Garden tours, artist workshops, Art After Dark’s Jazz Fridays, family studio, and more which will activate the Museum’s galleries and garden. Highlights from the Norton’s summer calendar include free music and movies on the Norton’s lawn, including bluegrass, folk, soul, R&B, and Latin music concerts; and a family-friendly series of films featuring strong female leads. The Norton will also continue to offer bilingual self-guided programs including a cell phone tour, a family guide, and Norton Art+, an augmented reality app on Norton iPads that creates interactive experiences with contemporary art. A full listing of the Museum’s programs, many of which build on themes explored in For the Record, will be available at Norton.org.

This June, the Norton will launch Celebrating Black Florida, a tribute to the art and cultural histories of Black Floridians with live performances, virtual programs, art workshops, and more. The series will commence on June 4 with a special Art After Dark Jazz Friday, with Women in Jazz South Florida presenting Dottie Kelly and Rock the House Blues Band and guest Sabrena Rich. On Saturday, June 19, the Norton will commemorate Juneteenth with a summer festival. Hosted by MC Wayne “Mister Trombone” Perry, the event will celebrate freedom and the African American experience with live music, museum tours, African Dance and Drum workshops, storytelling sessions, and a creative community art project with fiber mixed media artist Gillian Kennedy Wright.

“As the world opens up and a new normal comes into place, we’re excited to present new programs throughout our campus that celebrate the diversity of our communities here in South Florida, excite visitors of all ages, and inspire a sense of optimism for the months to come,” said Ghislain d’Humières, Director and CEO of the Norton Museum of Art. “In addition to a place to enjoy our unrivaled collection, which will be featured in For the Record with incredible works from international artists, our Museum is a space for the community to connect, learn, and recharge.”

For the Record: Celebrating Art by Women

For the Record explores issues of representation in the Norton’s collection and the art world at large. Highlighting work by artists from across generations and around the globe, the exhibition establishes dialogues between works through visual and thematic connections. In conversation with works by women on view in the collection galleries, the exhibition spotlights the Norton’s commitment to collecting art by women and dedication to activating its expanded space to showcase various artistic perspectives in new contexts, offering visitors greater opportunity to engage with a wide range of collection works. Two featured works by artists Svenja Deininger and Klara Kristalova were acquired by the Museum from their respective Recognition of Art by Women (RAW) exhibitions at the Norton. RAW, launched by the Norton in 2011, is a biennial exhibition series that launches and bolsters careers of women artists from across the world.

“For the Record offers a spectrum of approaches and subject matter as artists respond to the environments and time in which they create their work. From Suzanne Valadon and Käthe Kollwitz’s early 20th century portraits, and Agnes Martin’s nascent exploration of the geometric grid, to Emma Amos’s expressive mixed media compositions and Viola Frey, Alison Saar, and Mary Sibande’s imposing sculptures that employ the female form, there are so many works on view for our audiences to enjoy and study,” said J. Rachel Gustafson, Assistant Curator. “Together, the exhibition and its supporting programs highlight the diverse contributions of female artists while offering opportunities to highlight the strength of our collections. For the Record reminds us of the importance of taking stock of where we are as an institution, and as an industry, and strengthening representation and equity in the art world and beyond.”

Highlights from the exhibition include:

In accordance with recommendations by the CDC, the Museum is maintaining limited capacity and requiring visitors to wear masks, have their temperatures taken upon arrival, and reserve advanced, timed tickets. For full details on the Museum’s health and safety protocols, please visit Norton.org/visit.