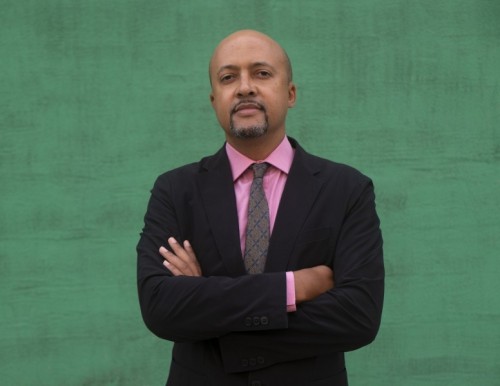 Rebecca Robertson, Founding President and Executive Producer of Park Avenue Armory, today announced the appointment of Tavia Nyong’o as the nonprofit cultural institution’s new Curator of Public Programming. Nyong’o will spearhead the Armory’s acclaimed, year-round public initiatives, which offer engaging and relevant talks, panel discussions, and performances that focus on issues of our changing world through the lens of artists and cultural innovators. These include the Armory’s Culture in a Changing America all-day events as well as intimate salons, artist talks, and multidisciplinary symposia. Dr. Nyong’o will continue in his role as Chair of Theater and Performance Studies and William Lampson Professor of Theater and Performance Studies, American Studies and African American Studies at Yale University. He succeeds Avery Willis Hoffman in leading the public programming at the Armory.

Dr. Nyong’o brings to the Armory two decades of curatorial, publishing, and academic experience examining culture and the roles and responsibilities the arts have in representing, responding to, and leading social change in society, particularly through the lens of Black, feminist, queer, and experimental performance. His curatorial and symposia work is wide-ranging, from curating and organizing programs from Durban, South Africa to the Stedelijk Museum in Amsterdam, to orchestrating a symposium at NYU entitled “After CBGB: Gender, Sexuality, and the Future of Subculture.”

“Tavia will be instrumental in furthering the Armory’s role as an adventurous, relevant, artist-driven organization where artists catalyze robust and often challenging encounters with the most important issues today,” said Robertson. “We’re excited that Tavia will bring his groundbreaking vision and tremendous experience in expanding the ways we engage our many constituencies and, in turn, advance our civic mission.”

“The Park Avenue Armory has distinguished itself among the most cutting-edge and innovative arts organizations in the country, including as a convener of artists and audiences to discuss critical issues as seen and understood within the context of the role the arts can play in deciding what we want our future looks like and what we value,” said Nyong’o. “I am looking forward to working with Rebecca, Pierre and the entire Armory team to build upon its success as an internationally renowned institution at a pivotal moment in the conversations about the role of arts and arts institutions as community-builders and change-makers while also meeting the incredible pent-up demand for social cultural experiences.”

As the Chair of Theater and Performance Studies, Dr. Nyong’o oversees faculty, curriculum, and performance programming, a position he also had at New York University’s Department of Performance Studies. He has also served as a visiting scholar at University of Southern California, an advisor for the American Studies Association, and is Editor-at-Large for Duke University Press’ Social Text. He has published books, essays, and chapters, including Afro-Fabulations: The Queer Drama of Black Life and The Amalgamation Waltz: Race, Performance, and the Ruses of Memory, which won the Errol Hill Award for the best book in Black theater and performance studies. He has been awarded the Ford Foundation Minority Dissertation Fellowship, the Alexander von Humboldt Fellowship, the Jacob K. Javits Fellowship, and a Marshall Scholarship by British Marshall Foundation.

The Armory also supports artists across genres in the creation and development of new work through its Artist-in-Residence program, which offers dedicated space and resources to artists across a variety of disciplines. Current Artists-in-Residence who are often involved in the Public Programming at the Armory include: Lynn Nottage, Branden Jacobs-Jenkins, Carmelita Tropicana, Mimi Lien, Reggie “Regg Roc” Gray and the D.R.E.A.M. Ring, Theaster Gates, Carrie Mae Weems, Christine Jones and Steven Hoggett, and Sara Serpa.