Park Avenue Armory, in collaboration with the National Theatre and Neal Street Productions, presents The Lehman Trilogy, by Stefano Massini, adapted by Ben Power, and directed by Sam Mendes 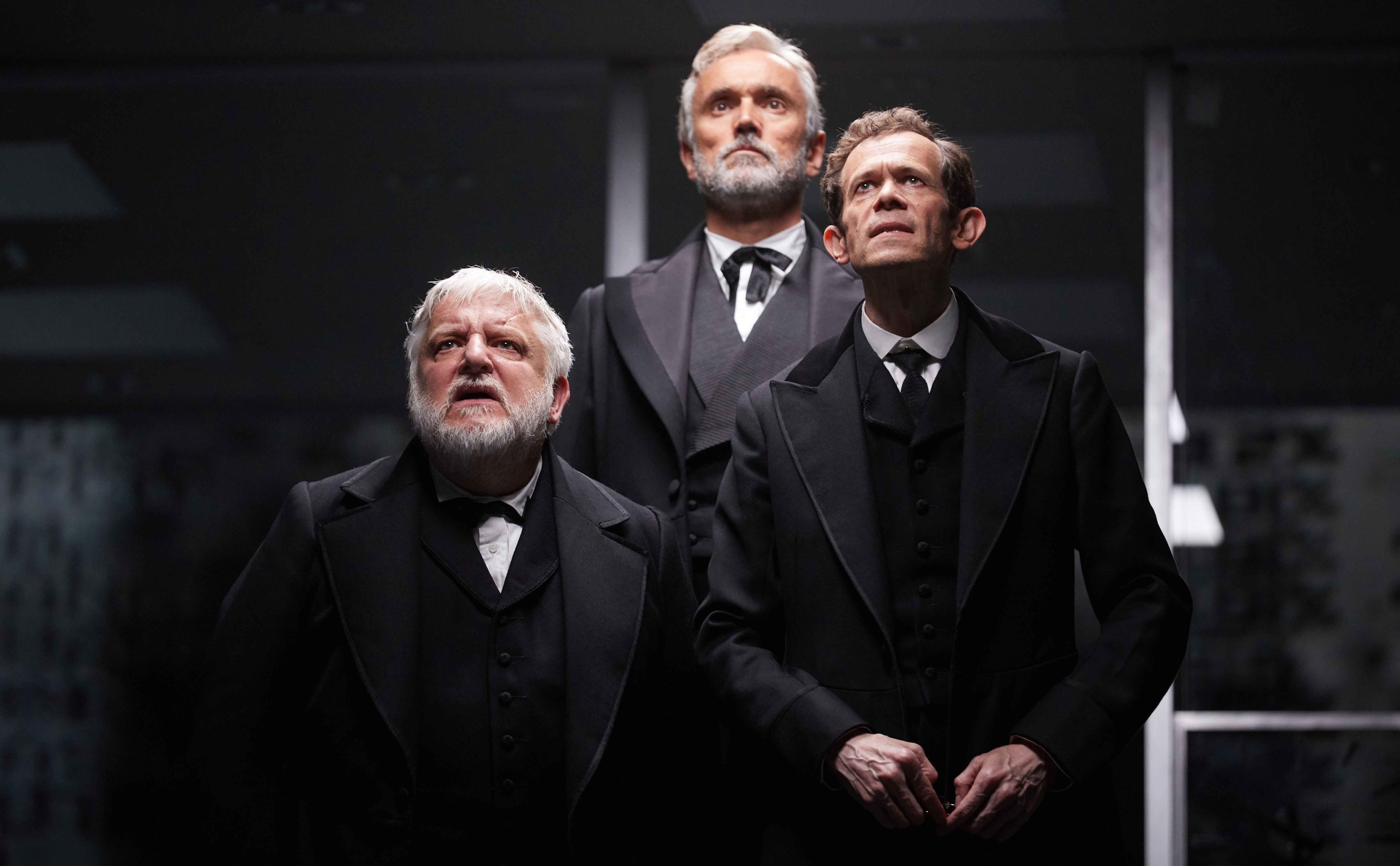 In March 2019, Park Avenue Armory – in collaboration with the National Theatre and Neal Street Productions – will present the North American premiere of The Lehman Trilogy. Told in three parts in a single evening, the production will unfold in the soaring 55,000-square-foot Wade Thompson Drill Hall from March 22 through April 20, 2019 in a strictly limited engagement. Directed by Sam Mendes, The Lehman Trilogy weaves through nearly two centuries of Lehman lineage, following the brothers Henry, Emanuel, and Mayer Lehman from their 1844 arrival in New York City to the 2008 collapse of the financial firm bearing their name. Adam Godley, Ben Miles, and Simon Russell Beale play the Lehman brothers, and a cast of characters including their sons and grandsons. As the inaugural production of the 2019 season, The Lehman Trilogy builds on the Armory’s history of presenting bold and engaging theater productions that explore the unexpected possibilities of the cross-genre cultural institution.

The world premiere of Stefano Massini’s The Lehman Trilogy opened at the Piccolo Teatro in Milan in 2015. It turned out to be Artistic Director Luca Ronconi’s final production before his death. A long-time admirer of Ronconi’s, Sam Mendes was inspired to begin planning an English adaptation for Neal Street Productions. Ben Power, Deputy Artistic Director for the National Theatre, was commissioned to create a new version of this epic play, using a literal English translation by Mirella Cheeseman.

“For many years, Sam Mendes spoke passionately to me about directing The Lehman Trilogy, and I knew the result would be extraordinary. His production, first seen at the National Theatre in London, is a theatrical milestone and one of the most virtuosic and inspiring pieces of theater I have ever attended, not least because of the contribution of three stupendous actors and Ben Power’s masterful adaptation of the wonderful text by Stefano Massini,” said Pierre Audi, the Marina Kellen French Artistic Director of Park Avenue Armory. “Manhattan is the natural home for this epic play, and the Armory an iconic space for staging it, continuing a line of productions by major international directors who are thrilled to incorporate the Wade Thompson Drill Hall into their vision. With The Lehman Trilogy, we are once more making this dream come true.”

“The Lehman Trilogy is a uniquely American story of an immigrant family who, in building their empire, were active protagonists in two centuries of American history,” said Rebecca Robertson, President and Executive Director of Park Avenue Armory. “Our space provides a non-traditional platform to examine a show that is epic in all aspects—temporally, artistically, and thematically. We are honored to bring these talented artists – Sam Mendes, Ben Power, Stefano Massini, Es Devlin, Simon Russell Beale, Adam Godley, and Ben Miles – to New York audiences.”

Lisa Burger, Executive Director of the National Theatre said, “The Lehman Trilogy shows the very best of British theatre and I’m delighted that the first place it will be seen outside our London home on the South Bank is Park Avenue Armory. We’re so pleased to be working with Neal Street Productions and the Armory to bring it to audiences in New York so they can witness this incredible feat of storytelling about how one family and one company changed the world.”

The Lehman Trilogy is part of Park Avenue Armory’s 2019 season, to be announced in the coming months. Previous theatrical productions at the Armory include Ivo van Hove’s chilling staging of The Damned; Simon Stone’s critically acclaimed, Obie Award-winning, and four-time Drama Desk-nominated production Yerma, starring Billie Piper and performed within glass walls; Obie Award-winning and eight-time Drama Desk-nominated play The Hairy Ape, directed by Richard Jones and starring Bobby Cannavale in a production where the audience was surrounded by a massive revolving stage; Obie Award-winning A Room in India (Une chambre en Inde) with Le Théâtre du Soleil under the direction of Ariane Mnouchkine; Macbeth, directed by Rob Ashford and Kenneth Branagh, and starring Branagh and Alex Kingston for which the Wade Thompson Drill Hall was transformed into a bloody, rainy Scottish heath; and the unprecedented residency of the Royal Shakespeare Company of five productions in repertory over six weeks in association with Lincoln Center Festival.

Park Avenue Armory, in collaboration with the National Theatre and Neal Street Productions, presents The Lehman Trilogy, by Stefano Massini, adapted by Ben Power, and directed by Sam Mendes